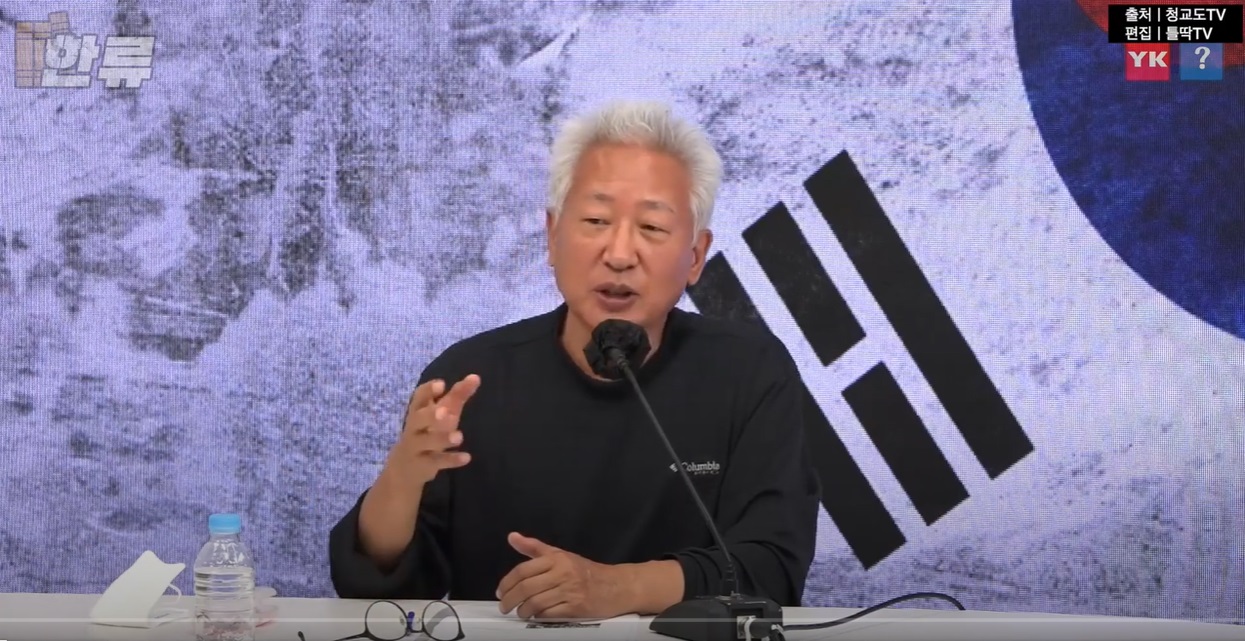 Do Japan and South Korea Still Share the Same Values?

South Korea is an important neighboring country, but it just can’t be said that we share the same values. This is how the Japanese government understands South Korea today.

Until 2014, the Japanese government believed that South Korea was a country with the same values as Japan. The Japanese prime minister at the time, Shinzō Abe, remarked during a speech that South Korea shares Japan’s basic values and is Japan’s most important neighbor.

Thereafter, however, Sankei Shimbun Seoul bureau chief Tatsuya Katō was prosecuted by Korean authorities for an article about the South Korean president at the time, Park Geun-hye. In a policy speech delivered in 2015, after the Katō incident, Prime Minister Abe noted that South Korea was “Japan’s most important neighbor” but removed the wording that South Korea and Japan “share the same values.”

Then, in October of 2018, South Korea’s Supreme Court issued a ruling contradicting the 1965 “Agreement on the settlement of problems concerning property and claims and on economic co-operation” signed on the occasion of the normalization of diplomatic relations between Japan and the Republic of Korea. The agreement, entered into by the two governments, settled accounts from the period of Japanese rule of the Korean Peninsula.

Due to these and other such incidents, the Japanese government no longer continues to see South Korea as a country which “shares the same values.”

Unfortunately, the Japanese government is finding no reason to revise its evaluation of South Korea. One of the reasons for this is an unfolding criminal trial in South Korea which raises strong doubts whether Seoul shares the fundamental value of academic freedom.

Professor Prosecuted Over a Class Discussion

On September 17, 2019, Professor Lew Seok-choon, a renowned South Korean sociologist, was engaging in a discussion with students in a class titled “Developmental Sociology” offered by the Sociology Department at Yonsei University, one of the most prestigious universities in South Korea. The subject of the discussion for that day was one that Professor Lew raises in class every year: “How should the role played by the colonial period under Japanese imperialism be evaluated in terms of South Korea’s development?”

The discussion was secretly recorded, and the recording was then brought to a mass media outlet unrelated to Yonsei University. When the news of the class discussion was made public, Professor Lew Seok-choon was subjected to severe criticism. The Yonsei administration canceled the “Developmental Sociology” course mid-semester, and Professor Lew was disciplined by the university.

The fracas did not stop there. Two outside groups with no connection to any of the students taking Professor Lew’s class filed a criminal complaint against Professor Lew: the Korean Council for Justice and Remembrance for the Issues of Military Sexual Slavery by Japan (“Korean Council,” directed at the time by Yoon Mee-hyang and formerly known as the Korean Council for the Women Drafted for Military Sexual Slavery by Japan) and the People’s Welfare Action Committee (director: Kim Soon-hwan).

Astoundingly, South Korean prosecutors indicted Professor Lew on November 3, 2020, for defamation, and are going forward with the criminal trial of a university professor for remarks he made in the course of a thoughtful discussion during a class on the subject. Professor Lew remains under indictment without arrest.


The Supposed Crimes of Lew Seok-choon

What were the remarks for which Professor Lew is now being held criminally responsible? He is charged with three things:

Each allegation is examined in turn, below.

Professor Lew provides substantial counterarguments to the above three points.

First, Professor Lew addresses the prosecutors’ charge that he uttered false statements to the effect that the comfort women were volunteers.

Professor Lew never said in class that the comfort women volunteered. The accurate representation of his wording is that the comfort women entered into prostitution activities “half of their own volition, and half due to the wishes of someone else.” These words can be heard on the tape of the class which was recorded and leaked by a student without anyone’s consent.

The professor explains that he chose the phrasing “half of their own volition, and half due to the wishes of someone else” as a way of including consideration of the structural condition of poverty at the time. As women were confronted with having to contemplate earning money in order to escape poverty, private sector con artists appeared with fraudulent offers of employment.

Therefore, his expression was not false, but was a statement based on fact. He never said in class anything to the effect that the choice to become a comfort woman to pursue work as a prostitute was entirely voluntary.

Conversely, the professor points out, the problem of women acting “half of their own volition, and half due to the wishes of someone else” also applies to prostitution in the present day. The reason is that today, as in past eras, it is impossible to view women working in the sex business or as comfort women as having “chosen voluntarily to enter into prostitution as a trade in order to gain economic security.” This point is even admitted in the prosecutor’s written indictment of the professor.

Therefore, Professor Lew argues that, if the statement “half of their own volition, and half due to the wishes of someone else” is deemed to be false, then, he emphasizes, the entire results of scholarly research into prostitution would have to be rejected. He further argues that the scholarly statements he has made in the classroom underscoring the need for comparative research into the attributes of prostitution now and in the past are just that: scholarly statements, part of academic discourse.

Second, Professor Lew answers the prosecutors’ assertions that he uttered a false statement to the effect that “the Korean Council is instructing the grandmothers who were once comfort women.”

Professor Lew points to the fact that for the past 30 years the Korean Council has continuously and regularly forced the grandmothers who used to be comfort women to take part in the so-called “Wednesday Demonstrations” held in front of the Japanese embassy in Seoul every week. He adds that the Council has also forced the elderly women to repeatedly listen to and then shout in unison the positions and slogans of the Korean Council.

Professor Lew counters the prosecutors’ assertions by saying that, over the course of these 30 years of forced participation in the Wednesday Demonstrations, and repetition of the Korean Council’s talking points, the end result has been that the comfort women have been distracted from the truth of their having become comfort women “half of their own volition, and half due to the wishes of someone else,” and instead made to believe that they were “forcibly abducted.”

In the first books of that series, the comfort women each openly and unmistakably confirmed that they had become comfort women “half of their own volition, and half due to the wishes of someone else.”

Recently, however, the comfort women’s testimonials have changed, and they now say that they were “forcibly abducted.”

One cannot help noticing that the change in their testimonials matches the wording used in books and other media by Yoon Mee-hyang, and others associated with the Korean Council, who claim that the comfort women were forcibly abducted. Professor Lew explains that he used the term “instruction” to describe the motivation by which the former comfort women’s testimonials changed and how they compare to the line taken by Yoon Mee-hyang and the Korean Council.

Third, Professor Lew responds to the prosecutors’ assertions that he uttered a false statement to the effect that, “The directors of the Korean Council are in the leadership of the United Progressive Party.”

Professor Lew says that this is a fact which is backed up by the example of such individuals as Pang Yong-soong, Choi Jin-mi, and Son Mi-hee.

It was also in 2012 that Council director Choi Jin-mee participated in the United Progressive Party’s 19th General Election Joint Election Strategy Committee. Choi then served as the chairperson for the Joint Election Strategy Committee for the People’s United Party (the new name for the United Progressive Party) presidential candidate Kim Seon-dong in 2017.

Professor Lew concludes by arguing: “All I have done is to express my views during a scholarly discussion. My views were rooted in facts and carried out to bring out historical evidence in a more concrete way. This method of discussion helps improve understanding of the many points of disagreement on the comfort women issue, as well as the Korean Council which engages in activities with the comfort women.”

Objectively, Professor Lew’s counterarguments to the charges brought against him by prosecutors are factual and highly convincing, and discussion on issues for which there may be disagreement is a normal, even necessary, part of academic inquiry.

This, then, raises the question as to why South Korean prosecutors are trying a university professor as a criminal for statements he made in a classroom as part of teaching a class that included this subject. This is manifestly an infringement of academic freedom.

Deeply alarmed by South Korean prosecutors’ indictment of Professor Lew, I and other scholars from Japan, the United States, and South Korea on August 13 released the “Joint Statement of Concern by Scholars in the U.S., South Korea, and Japan Over the Indictment of Former Sociology Professor at Yonsei University Lew Seok-Choon.”

In this joint statement, we write:

We believe that this indictment is a grave disservice to higher education in Korea. The country emerged from the ashes of the Korean War and is now a vibrant liberal democracy with considerable influence in both regional and international affairs.

Over the years, its higher education system improved significantly, and today it attracts students from all over the world. Unfortunately, however, Professor Lew’s indictment illustrates how a culture of censorship is gradually permeating through academia, a place where open debate and the free exchange of ideas ought to be cherished. We genuinely believe that academic freedom and speech rights should be firmly protected in colleges and universities.

The statement was signed by 30 scholars from South Korea, 25 scholars from the United States, and 17 scholars from Japan. Among the American signees was leftist scholar Noam Chomsky (professor emeritus, Massachusetts Institute of Technology). The majority of scholars who signed the statement do not agree with Professor Lew’s theories on the comfort women issue, but do agree that academic freedom is in crisis in South Korea when prosecutors there criminally indict a professor, in a criminal proceeding, for statements made during a class at a university.

I am of the firm view that scholars around the world must continue to pay close and careful attention to concerns about academic freedom.

Find other articles on JAPAN Forward by Professor Tsutomu Nishioka related to Japan and South Korean relations at this link.