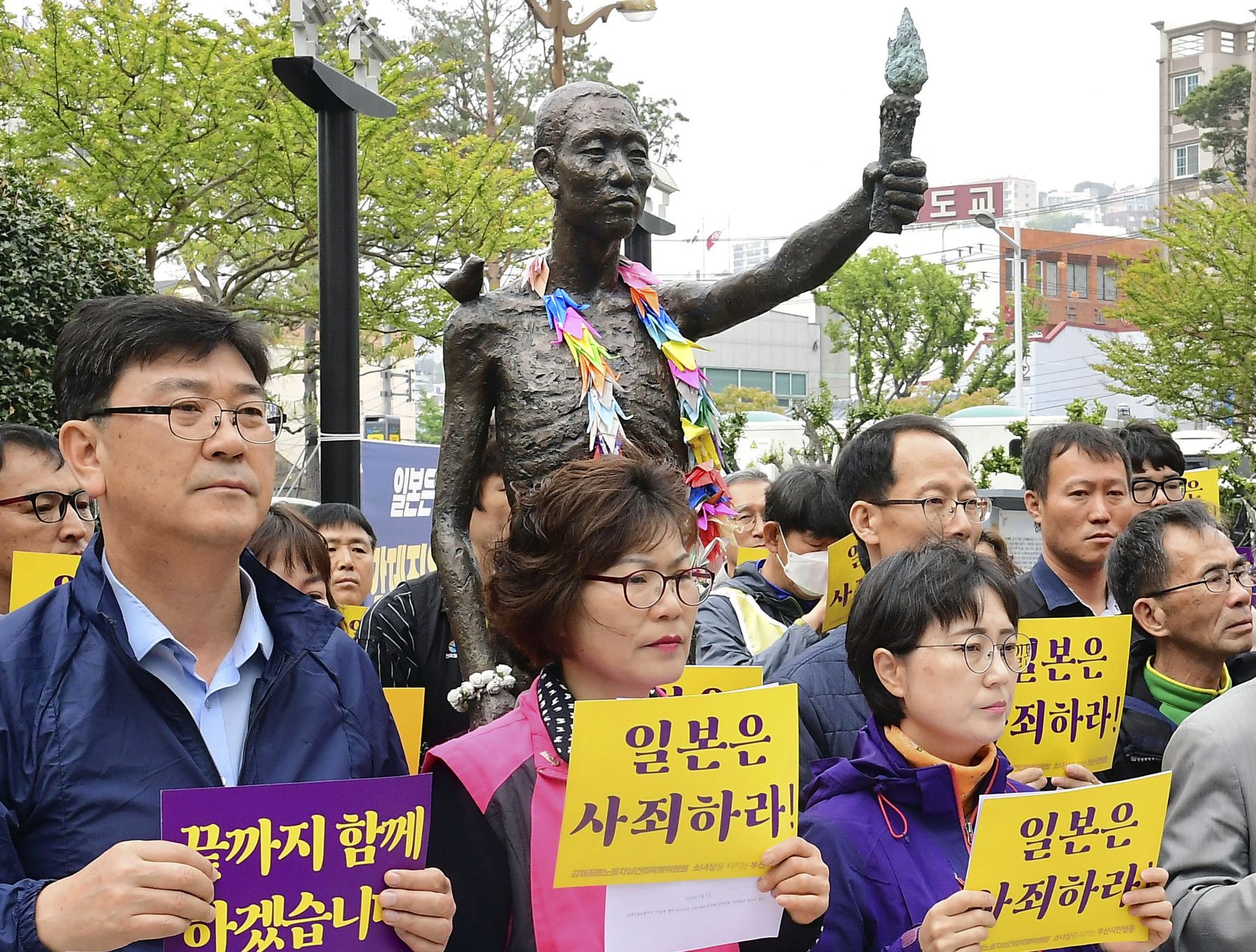 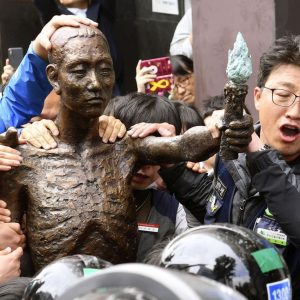 A year has passed since South Korea’s Supreme Court handed down a pair of unfair rulings a few weeks apart. It ordered Sumitomo Metal Corporation, Nippon Steel, Mitsubishi Heavy Industries, and Nachi-Fujikoshi — all Japanese companies — to pay 100 million KRW (South Korean won, about $90,000 USD) per plaintiff in compensation to wartime laborers. These unjust rulings violated international law and have shaken the foundations of diplomatic relations between Japan and South Korea.

The South Korean Supreme Court concluded that Japan’s rule of Korea under the Japan-Korea Annexation Treaty was unlawful. And, the court reasoned, compensation for “unlawful acts” were not included in claims settled in the 1965 Treaty on Basic Relations and the Agreement on the Settlement of Problems Concerning Property and Claims (1965 Treaty and Agreement).

Based on such reasoning, claims for compensation cannot be ruled out for any number of acts the same court deems unlawful, such as forcing people to study Japanese or encouraging them to pray at shrines during Japanese rule.

The South Korean court also directly challenged the Japanese Supreme Court, rejecting its decision which had found plaintiffs had no grounds for their lawsuit. In a one-sided argument, it commented that the Japanese court’s ruling was unacceptable because it violated South Korea’s public morality.

In the cases against Japanese companies, the South Korean court allowed plaintiffs to bring individual claims, even though they were resolved under the 1965 Treaty and Agreement that both governments had implemented in the years and decades thereafter. In addition, the South Korean court challenged the principle that international agreements take precedence over domestic law, breaching South Korea’s obligations under international law.

Calls for Restoration of the International Order

Upon ratification of the 1965 Treaty and Agreement, Japan’s legislature enacted domestic law to implement and enforce the bilateral accord. It is called the “Act on Measures in Relation to Property Rights of the Republic of Korea and Others Incidental to Enforcement of Article 2 of the ‘Agreement Between Japan and the Republic of Korea Concerning the Settlement of Problems in Regard to Property and Claims and Economic Cooperation.’”

This law brought an end to the right of Korean persons to make claims against Japanese persons (including corporations) because those claims were fully settled in the 1965 Treaty and Agreement.

Like Japan, South Korea also carried out steps to implement the 1965 Treaty and Agreement after they were executed. In the process, at two different times it used funds bookmarked from the settlement payments made by Japan to pay Korean laborers who were mobilized in the wartime. (This will be discussed further in Part 4 of this series.)

Ignoring this history, the South Korean court created an unusual situation wherein the legal decisions of the two countries that signed the 1965 Treaty are in direct conflict with one another. Moreover, the South Korean government has called upon Japan to adhere to the Korean court’s rulings, rather than have both parties abide by the mutual promises made under the 1965 Treaty and Agreement.

Ultimately, this has resulted in a grave risk to the rights of the defendant Japanese companies. In January 2019, joint venture assets of the Japanese companies in the form of stock held in South Korea were seized. Legal procedures for liquidation began in early May.

The court has threatened to proceed with liquidation and hand the assets over to the plaintiffs. Although those procedures have been prolonged for a variety of reasons, the plaintiffs held a press conference in late October 2019 to mark the first anniversary of the rulings, at which they announced that liquidation would take place in early 2020.

Should the liquidation of assets happen, it would amount to an unjust infringement on the private property of the affected companies. This is precisely a consequence that the 1965 Treaty and Agreement intended to prevent.

Understanding the History Behind the Conflict

The foundation of Japan-Korea relations has now been shaken. This essay aims to provide an overall picture of the issue for non-Japanese readers unfamiliar with its details and background.

It will examine the issue from four perspectives:

These points are discussed, in turn, in the succeeding installments of this series.