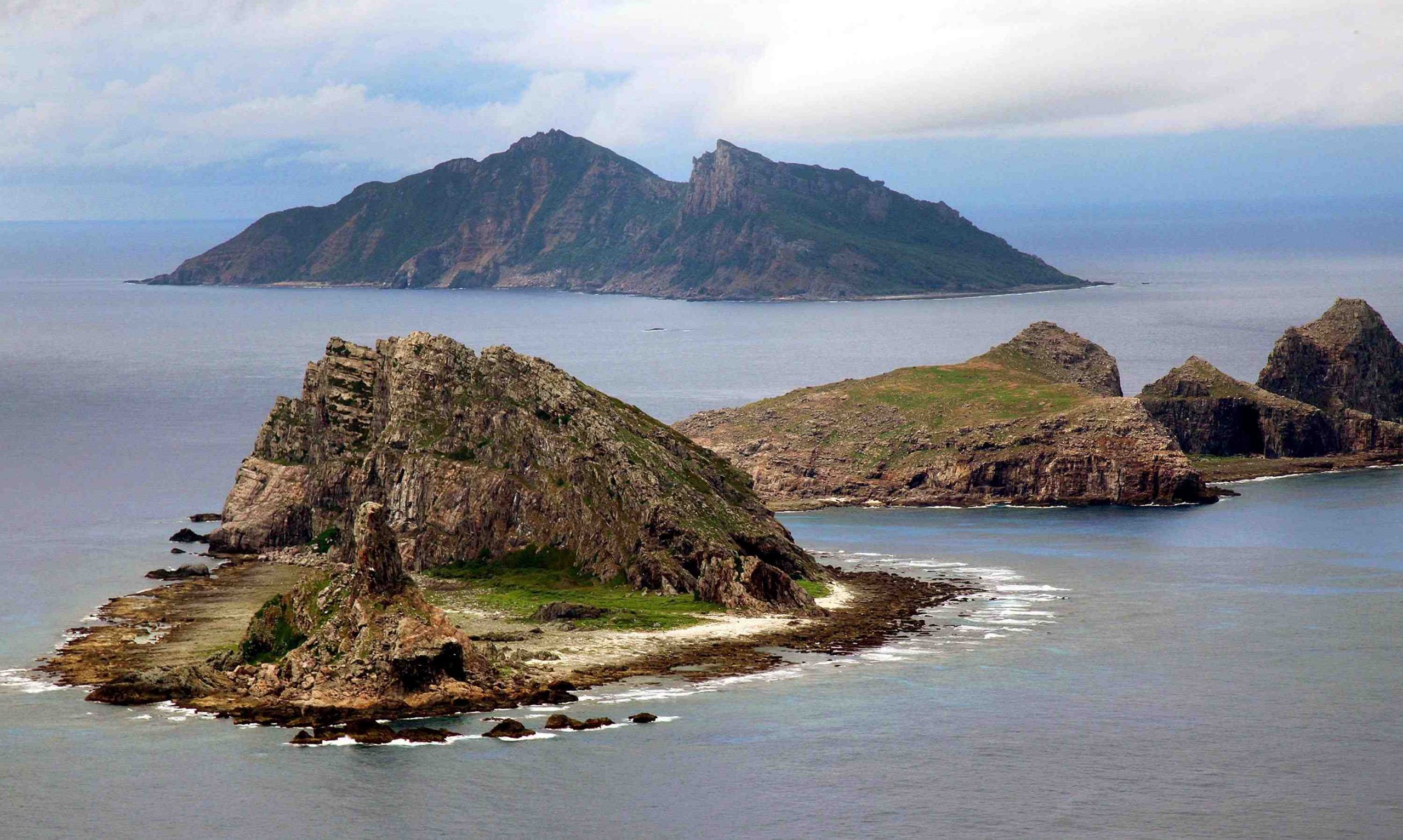 Japan has three territorial problems on her islands with her neighbors. They are the Senkaku Islands with China and Taiwan, Takeshima with South Korea, and the Northern Territories with Russia.

First, In Each Case, Is There a Dispute?

It is an important point to note which of these problems coincide with disputes. Among the three problems, Japan does not consider that there is a dispute on the Senkaku Islands. Japan does find the existence of a dispute concerning Takeshima, however, and also concerning the Northern Territories.

The authoritative criterion whether there is a dispute is found in the 1962 South West Africa case judgement of the International Court of Justice (ICJ). The ICJ states that a mere assertion is not sufficient to prove the existence of a dispute, and that it must be shown that the claim of one party is positively opposed by the other. According to this criterion, an excessive claim has no legal basis and force. Japan’s assertion that there is no dispute as concerns the Senkaku Islands seems to be in accordance with this criterion.

In order for a State v. State problem to be decided by the ICJ or by arbitration, both States have to consent to the jurisdiction of the court or tribunal. Japan proposed to South Korea that the Takeshima dispute be submitted to the ICJ on three occasions (September 1954, March 1962 and August 2012). In October 1972, Japan proposed to the Soviet Union that the Northern Territories dispute be submitted to the ICJ. However, these proposals were refused by South Korea and the Soviet Union.

Having said that, let us consider the following highly hypothetical question from the point of international law: What is the essence of the merits of the three cases if they are judged at the ICJ or arbitration?

1. Merits of the Senkaku Islands Case

In January 1895, Japan, having ascertained that the Senkaku Islands were terra nullius (nobody’s land) and there had been no control over them by other States, incorporated them into Okinawa Prefecture in accordance with a Cabinet decision.

As the Permanent Court of International Justice (PCIJ) stated in the judgment of the Eastern Greenland case (1933), the intention and will to act as sovereign and some actual exercise or display of such authority are the two elements for a territorial claim. Japan’s occupation over the uninhabited Senkaku Islands and its effective, continuous and peaceful control over the Senkaku Islands satisfy these two elements.

Although Japan did not inform other States of the incorporation of the Senkaku Islands in 1895, the notification is not required under general international law as stated by the arbitral award of the Clipperton Island case (1931).

The Cabinet decision was totally unrelated to the Sino-Japanese war. It was made before the signature of the Shimonoseki Peace Treaty of April 1895, and the Senkaku Islands were not included in Taiwan or the islands annexed to it that were ceded to Japan under the Treaty.

China has not proved that the Senkaku Islands were not terra nullius. In international law the mere discovery of an island is only an inchoate title, as was pointed out by the arbitral award of the Island of Palmas case (1928). China had never lodged protests with Japan and had asserted no territorial title to the Senkaku Islands for as long as 75 years from 1895, when Japan incorporated the Senkaku Islands into Okinawa Prefecture, to approximately 1970.

After the United Nations Economic Commission for Asia and the Far East (ECAFE) indicated the possibility of the existence of petroleum in the East China Sea in Autumn 1968, China and Taiwan suddenly began making their assertions about the Senkaku Islands.

China’s silence for as long as three quarters of a century clearly constitutes acquiescence under international law. The ICJ states in the judgement of the Temple of Preah Vihear case (1962) that a State which remains silent when it should have and could have objected is considered to have consented (qui tacet consentire videtur si loqui debuisset ac potuisset) .

Moreover, the Republic of China’s Consul in Nagasaki Prefecture wrote as follows in his letter expressing gratitude addressed to the Japanese fishermen who saved a group of shipwrecked Chinese fishermen in May 1920: “the Senkaku Islands, Yaeyama-gun, Okinawa Prefecture, the Empire of Japan”. On January 8, 1953 the Chinese State newspaper People’s Daily wrote clearly that “the Senkaku Islands were included in the Ryukyu Islands.”

2. Merits of the Takeshima Case

Japan, having been aware of the presence of Takeshima for a long time, established its territorial title to the island by the middle of the 17th century. Japan reconfirmed, in its Cabinet decision of January 28, 1905, its sovereignty over Takeshima and incorporated it into Shimane Prefecture. This Cabinet decision has nothing to do with the Japan-Korea Treaty of November 1905 and the Japan-Korea Treaty of August 1910.

Following the Cabinet decision, Japan allowed licensees to catch sea lions on and around Takeshima and continued the license program until it was ceased in 1941 due to World War II. Japan kept effective control over Takeshima as its sovereign and displayed its sovereignty continuously and peacefully.

The Island of Palmas case mentioned above states that continuous and peaceful display of the function of State within a given region is a constituent element of territorial sovereignty. In view of this criterion, Japan’s sovereignty of Takeshima has been firmly established under international law.

Under the San Francisco Peace Treaty with Japan (1951), Japan renounced all right, title, and claim to Korea, including the islands of Quelpart, Port Hamilton and Dagelet. However, “Korea”, which Japan renounced under the said provision, does not include Takeshima.

On August 10, 1951, just one month before the signature of the peace treaty, Dean Rusk, U.S. Assistant Secretary of State for Far Eastern Affairs, replied clearly to Yang Yu Chan, Korean Ambassador to the United States as follows: “Takeshima was never treated as part of Korea. Since 1905 it has been under the jurisdiction of the Oki Branch Office of Shimane Prefecture of Japan”. The interpretation of the said provision of the Treaty by the United States, a very central party, has much probative value.

Moreover, under general international law, renunciation is not presumed, and the extent of renunciation, even in cases lacking clarity, has to be interpreted in a narrow sense in favor of the renouncing State.

The arbitral award of the Campbell affair (1931) states that renunciations are never presumed and that they are subject to strict interpretation. Therefore it is clear that “Korea.” which Japan renounced under the San Francisco Peace Treaty, does not include Takeshima. From April 1953, Korea has been illegally occupying Takeshima. However in international law ex injuria non oritur jus (illegal acts does not create law).

3. Merits of the Northern Territories Case

In 1855, the Shimoda Treaty between Japan and Russia provided that a national border was drawn between the Etorofu Island and Urup Island by confirming the natural boundaries which had already been established between the two States. The Saint Petersburg Treaty of 1875 between Japan and Russia stipulated that Japan ceded Sakhalin Island to Russia in exchange for all the Kurile Islands (18 Islands from Shumushu Island to Urup Island). In addition, under the Portsmouth Treaty which ended the Russo-Japanese War, south Sakhalin was ceded to Japan.

However, the legal position of the Northern Territories was never changed under the two treaties.

On August 9, 1945, the Soviet Union joined the war against Japan in violation of the Soviet-Japan Neutrality Pact, which was still in force at that moment. From August 28 to September 5, 1945, the Soviet Union illegally occupied the Northern Territories. Since then the illegal occupation has been continuing. However in international law, as mentioned above, ex injuria non oritur jus.

The Soviet Union and Russia have asserted their title on the Northern Territories on that ground that it was agreed in the Yalta Agreement that “the Kurile Islands shall be handed over to the Soviet Union “and in the San Francisco Peace Treaty with Japan that “Japan renounced all right, title and claim to the Kurile Islands”. However, the Yalta Agreement is a confidential and non-binding agreement. It is not a final decision of the interested parties concerning the territories of postwar Japan. Japan is not a party to the Agreement and according to international law, treaties do not create either obligations or rights for third States.

First, since the Soviet Union did not sign the San Francisco Peace Treaty, she has no authority to interpret it. The PCIJ in the advisory opinion of the Question of Jaworzina (1923) states that the right of giving an authoritative interpretation of a legal rule belongs solely to the person or body who has power to modify or suppress it. The bodies who have power to modify or suppress the treaty are the signatories to the treaty.

Second, in view of the history, statements and behavior of Japan and Soviet Union mentioned above, the Kurile Islands renounced by the San Francisco Peace Treaty do not include the Northern Territories.