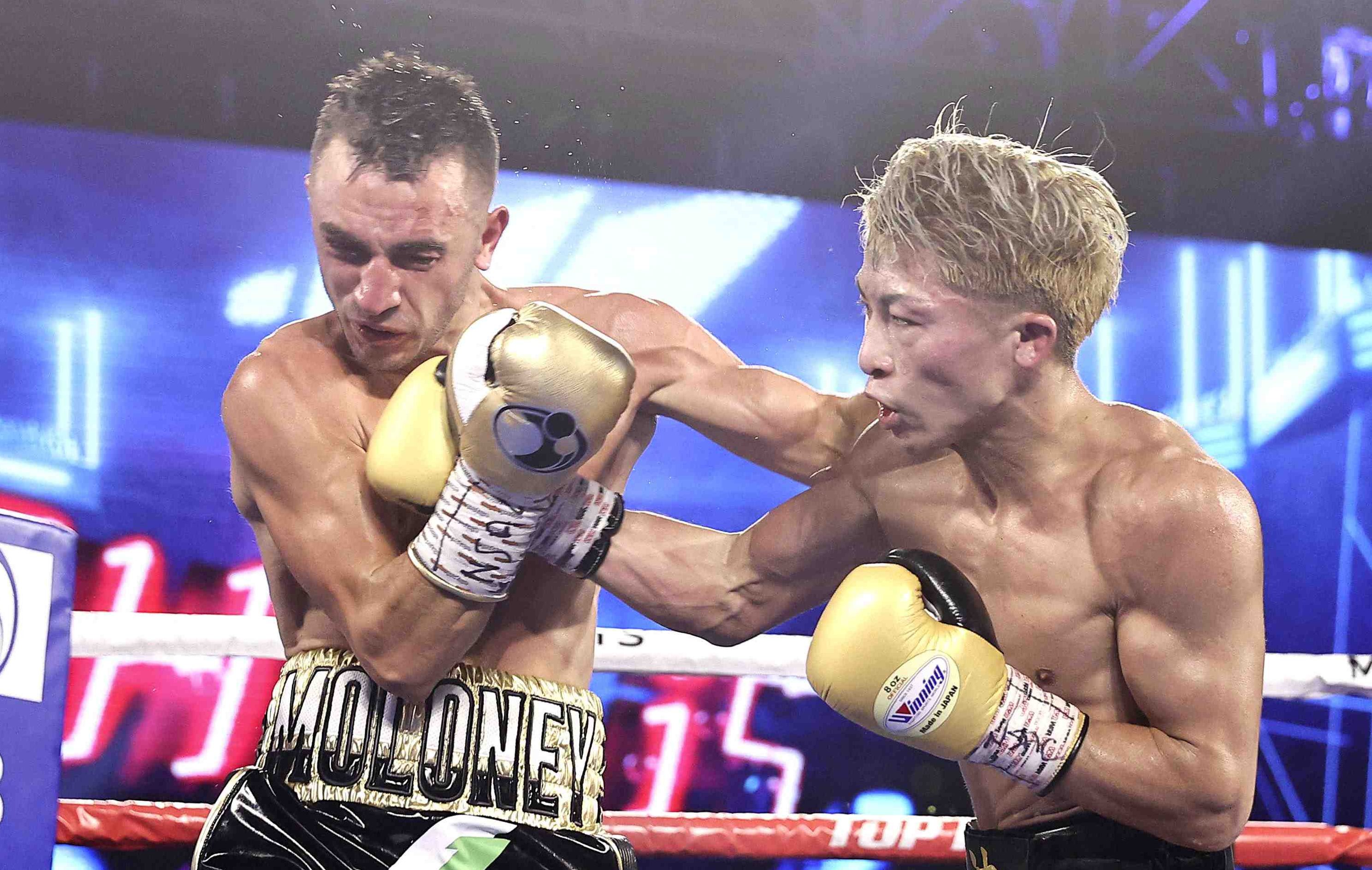 It was only fitting that Naoya Inoue was fighting on Halloween night. After all, his nickname is “The Monster.”

The fight was stopped at the 2:59 mark of the seventh round. 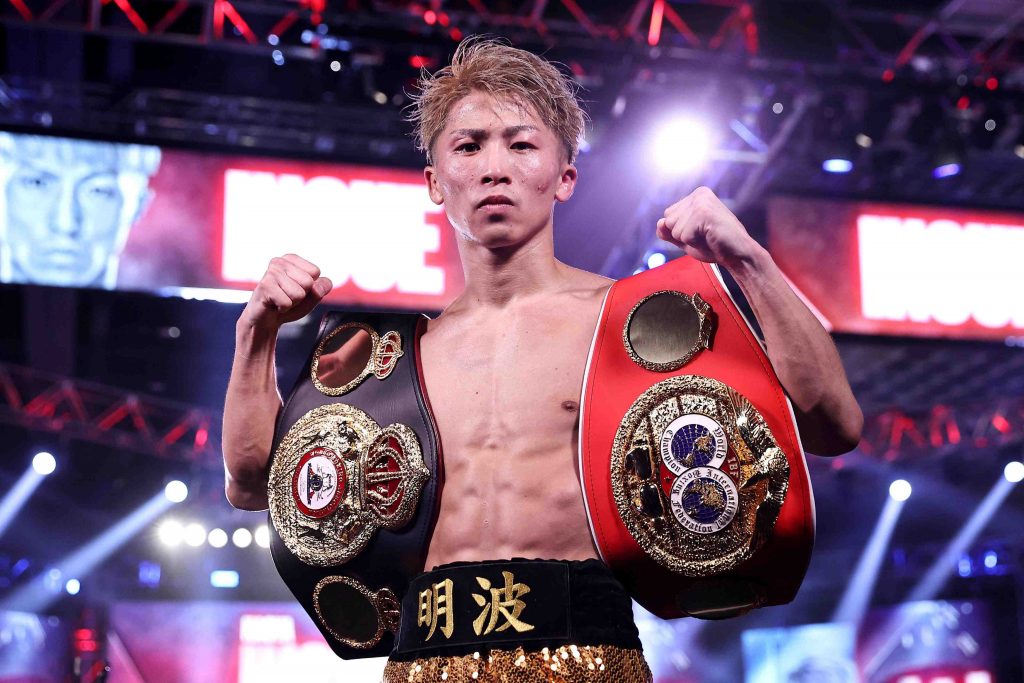 Naoya Inoue is 20-0 with 17 knockouts in his pro boxing career.

The rising 27-year-old star fought in the United States for the second time (his first American bout was against Antonio Nieves on September 9, 2017, in Carson, California) and didn’t disappoint his Japanese fans, who tuned in to watch the 118-pound (53.5-kg) title fight.

“The final punch that I had, the finishing punch, I’m very happy and satisfied with that punch,” Inoue, who hails from Zama, in Kanagawa Prefecture, told reporters after the 17th knockout victory of his illustrious career. “Moloney has a great defense and it was very difficult to get through. The two punches are something I really practiced in Japan a lot.”

ESPN boxing writer Steve Kim described it as a “surgical performance by the Monster” on Twitter. 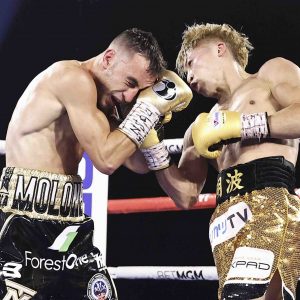 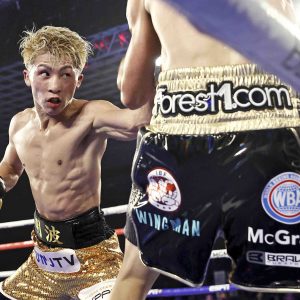 Naoya Inoue displayed aggressive fighting tactics from the opening bell until the final second of the fight.

In the opening round, Inoue showed his full arsenal of punches and landed a few strong combinations. Moloney also came out swinging and saw his glove hit his target as well.

But Inoue was the better boxer, even in the early going. Exhibit A: Inoue had connected on 26% of his punches, double Moloney’s success rate, in the first two rounds.

By the third round, it was quite evident that, the longer the fight lasted, Inoue’s punching power could be problematic for Moloney (21-2, 18 KOs). In Round 3, Inoue’s fistic skills with both hands, particularly quick blows with his right hand, including a pain-inducing uppercut, proved that the Australian’s defensive tactics weren’t working.

And Inoue seized on the opportunity that presented itself in the sixth round.

In short, Inoue answered every punch with a forceful counterpunch.

Early in the round, in what became a defining moment of the fight, The Monster unleashed the aforementioned left hook that dropped Moloney, and effectively ended his title hopes after 30 seconds had elapsed.

And then Inoue did what he does best again. Another left hook landed on the challenger’s face with about 60 seconds left in the round.

That was the beginning of the end for Moloney. 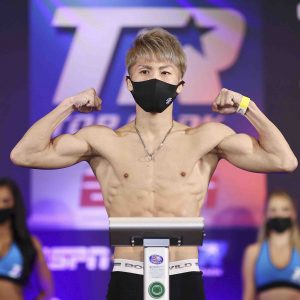 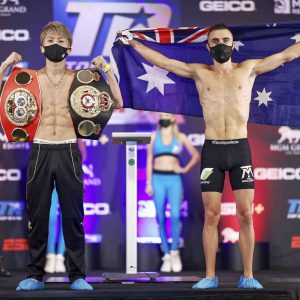 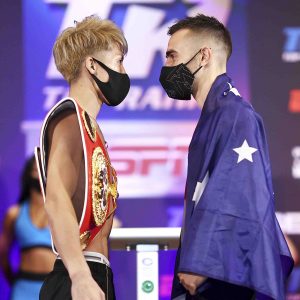 With tenacity and speed on display while attacking his opponent, Inoue was aggressive in the match-winning seventh round.

Proof exists in the numbers. According to statistics compiled by CompuBox, Inoue dominated in all facets of the fight.

Like other marquee sporting events of late in the United States, the Inoue-Moloney showdown, and the rest of the night’s boxing card, was held inside a bubble in Las Vegas, without spectators due to the COVID-19 pandemic. What’s more, in the pre-fight weigh-in, both fighters wore face masks. 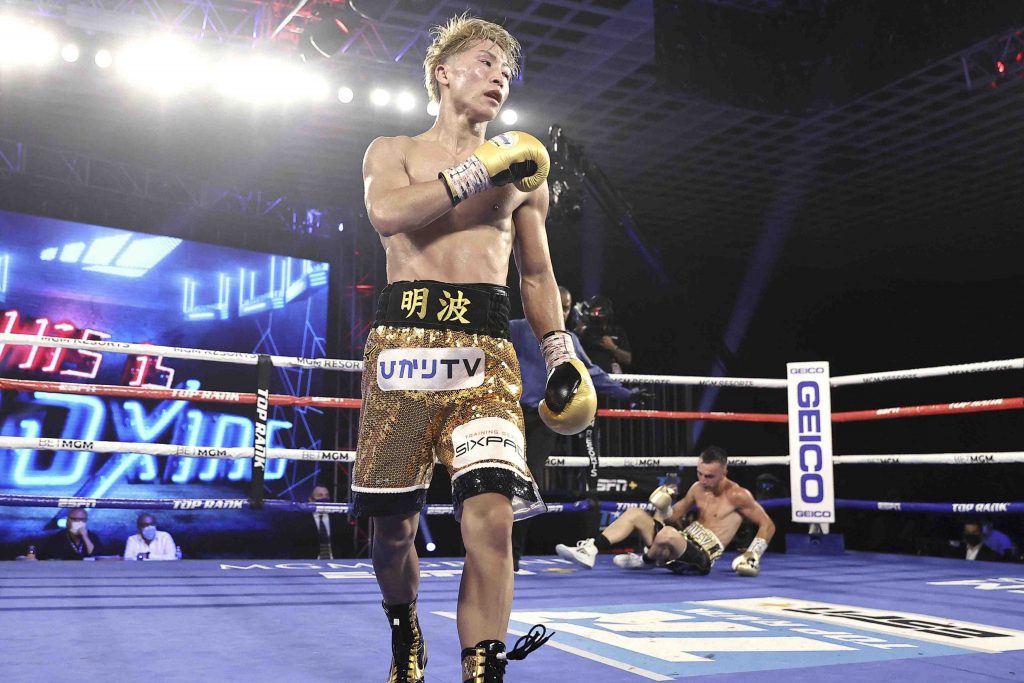 When it was over, Arum praised Inoue’s performance—and his career at large.

“The Monster is a special fighter. I haven’t seen a young fighter like that in a long time,” the legendary promoter was quoted as saying by the Las Vegas Review-Journal. “And credit to Jason Moloney for fighting like a warrior. He gave it his absolute best.”

Look for Arum to orchestrate opportunities for Inoue to meet World Boxing Organization champion John Riel Casimero of the Philippines and/or World Boxing Council title holder Nordie Oubaali of France in the near future.

An Inoue-Casimero fight scheduled to be held on April 25 was called off due to the global pandemic.

‘Monster’ Inoue Eager to Get Back Into the Ring, Even Without a Crowd on Hand