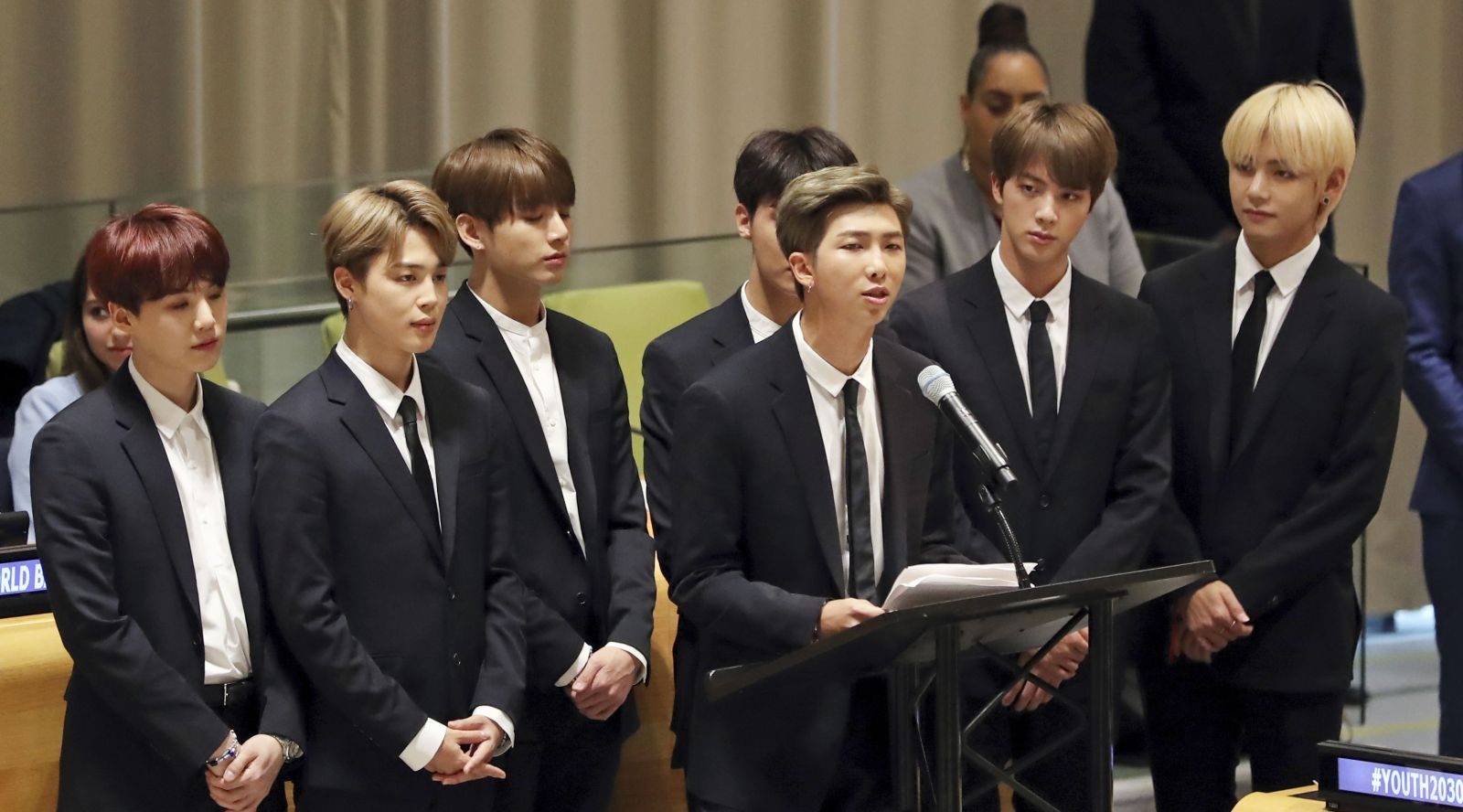 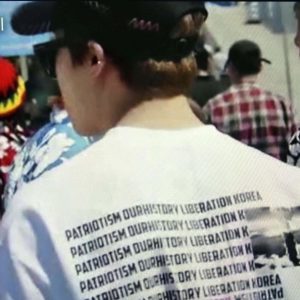 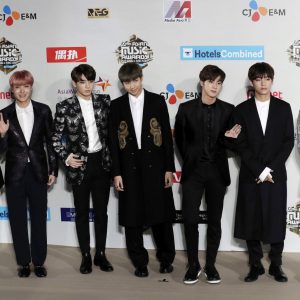 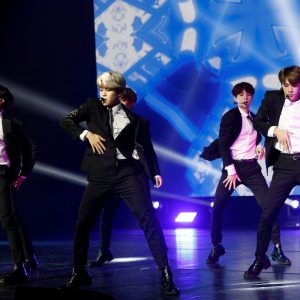 The recent controversy over a T-shirt linking the nuclear bombing of Nagasaki to Korean liberation from Japanese control was taken up previously in JAPAN Forward in terms of the “non-apology” that was given not by the offending band member.

The exposure of South Korean gaffes of this type is relatively unusual compared to Japan. This is not because there are fewer gaffes on the part of Koreans, but because they are not picked up by international news media.

In this case, the incident calls for a more thorough examination of how these South Korean youth could read history to imply a linkage of the bombing to Korean liberation, and then go on to defend the message on the T-shirt by references to history.

Trawling through English language Korean pop culture sites for this article, I found numerous references to highly questionable imagery, especially blackface. Nonetheless, it is true that K-pop groups have cultivated an apolitical image, if for no other reason than the extreme polarization of Korean politics.

Taking Notice of An Ugly Gaffe

In any event, this gaffe went international — probably because of one high-profile cancellation of a BTS performance linked to the T-shirt. The timing of the incident also came as NHK was deciding upon the lineup for its yearend musical extravaganza, Kohaku Utagassen, which will go on without the Korean group.

Korean news reports sought to minimize the significance of the blow-up by attributing the issue to a tiny number of “ultra-rightists.” This stance became harder to maintain when the Simon Wisenthal Center noted that the band members had on one occasion worn hats with Nazi emblems. It called for an apology from the band on both issues. In relatively short order the management company issued statements to survivor groups in Japan and to the Wisenthal Center.

The band itself made an oblique reference to the controversy during a Tokyo Dome performance, but nothing that could be called an apology.

Most coverage of this controversy rightly noted that it was rooted in the historical animosity toward Japan that Koreans justify by reference to the 35-year-long Japanese control of Korea. However, no reports raised the issue of whether the nuclear bombings — especially that of Nagasaki — was responsible for Korean liberation. Nor did any report discuss the civilian death count and long-term suffering caused by radiation exposure.

The use of nuclear weapons against Japan may be non-controversial for some Koreans, though it should be. Indeed, some comments I saw stated a wish for 20 or more such bombs.

Even if some role in bringing about surrender is granted to the Hiroshima bomb, for decades American historians have argued about the necessity of the Nagasaki bomb, the one celebrated on the T-shirt.

A long line of left-leaning American revisionist historians has argued that the Nagasaki bomb was actually for Stalin, to show him that the United States could produce the bombs in quantity and that he should not go beyond parameters agreed at Yalta for expanding Soviet territory.

A more telling argument against coupling the Nagasaki bomb to Korean liberation comes from an examination of the records pertaining to the surrender decision. According to Tetsuo Arima, professor of Waseda University, while the Japanese government knew that a nuclear weapon had been used on Hiroshima, it did not fully know the level of destruction. Precisely what led to its surrender is a matter of debate. The nuclear weapons were certainly a factor. But so too was the massive Soviet invasion of Manchuria, which was not only militarily significant but meant that there was no possibility of a surrender mediated by Stalin and the Soviet Union.

According to Arima, far from meaning the liberation of Korea, the Soviet invasion meant the partition of Korea. Stalin and the USSR could have what they had already taken, but no more.

It is, of course, completely unreasonable to expect members of a boy band to be knowledgeable about the debate surrounding the use of the nuclear weapons and their precise role in ending the war. It is, however, reasonable to expect that Korean commentators could have offered more than a knee-jerk response.

In the days before the T-shirt controversy, a Korean Supreme Court judgement involving compensation for war-time Korean laborers was in the news. It should not take a high level of historical knowledge to connect the dots.

Where was this labor primarily used? Mines, shipyards, and war material factories. Where were such factories and shipyards located? Coastal cities, including Hiroshima and Nagasaki. Even some of the major mining operations were coastal, as in the case of Omuta. This meant any attack on a coastal city led to Korean casualties.

Both Hiroshima and Nagasaki had large, albeit indeterminate, Korean populations. The precise number of Korean casualties is unknown, but estimates are in terms of tens of thousands, representing a significant fraction of all casualties.

The long-running struggle of Korean hibakusha (radiation victims) groups to get the Japanese government to provide medical care comparable to that given Japanese nationals suggests that Korean commentators have another reason to be well aware that the nuclear weapons used on Hiroshima and Nagasaki killed tens of thousands of Koreans, as well as Japanese, and exposed tens of thousands more to high level nuclear radiation. Yet the response of Korean commentators in the boy band T-shirts case demonstrates scant regard for the lives of fellow Koreans.

In fact, a Korean hibakusha (radiation victims) group did point out that there had been numerous Korean victims of the nuclear bombings and demanded an apology, which was given.

It might also be thought threats by Kim Jong-un and the North Korean government to bring a sea of fire to not just the U.S. and Japan but also to South Korea might raise doubts about celebrating the Nagasaki bombing. But I found no evidence of this in South Korean statements available in English or Japanese.

Instead, one Korean response was classic Soviet-era, Soviet-style “whataboutism.” In this type of deflection and avoidance, the response to any American criticism of anything Soviet could be met with “yes, but you lynched Negroes.”

Korean author Jayden Kim, a university lecturer in Singapore, contributed an article to the Asia Times, a Hong Kong-based internet newspaper, in which he actually used the “what about” term explicitly. In the article entitled “Apology accepted, BTS; now, what about Japan?” Kim states that, while using the weapons was “one of the worst choices of mankind. However, it is important to remember that Japan was aggressively pursuing imperialism back then…. The atomic bombing was caused by Japan, which was a war criminal. Thus, it is hard for me not to feel that the order of apology should be reversed.”

Anyone with the least knowledge of history should immediately respond that there were a number of countries that had “aggressively pursued imperialism” and which held colonial empires that they would try to preserve with force of arms in the post-war period, including Britain, France, Holland, Portugal, Germany, etc. None were attacked with nuclear weapons.

Going on, Kim writes, “Rather than reflecting upon and apologizing for their nation’s war crimes, Japanese leaders have paid visits to the Yasukuni Shrine, where ‘Class A war criminals’ were buried, thus paying tribute to them.”

If there was nothing else questionable in this essay, this assertion about “buried” would be more than enough to thoroughly discredit the author. Yasukuni Shrine is not a cemetery. No one is buried there, least of all Class A war criminals. While this might seem like a picayune point, the error about burials shows that the author has not done even Wikipedia-level research on his subject.

Comparing the Record of Post-war Germany and Japan

Compounding his errors, the author goes on to assert Japan should learn from Germany because “human-rights groups are still pursuing Nazi criminals who are 80 or 90 years old.” In point of fact, it is not “human-rights groups” that are doing this but rather a tiny office in the German government. Moreover, this pursuit is explicitly limited to Holocaust issues, not German activities at large. The post-war German government treated Nazi comrades brought to trial very leniently. A series of amnesty laws in the 1950s led to the release of many of those convicted in trials following Nuremberg.

Since South Korea’s issue with Japan involves colonialism, a more apt comparison might be with Germany in Namibia. Germany pursued policies in Namibia which are now generally recognized as genocide.

Representatives of the Herero and Nama peoples who were the target of that genocide are now seeking redress in U.S. courts. To say that Germany is dragging its feet on the issue would be an understatement. In addition, Greece, Poland, and Russia have seen renewed calls for Germany to pay reparations.

Unlike Japan, which paid monetary reparations in fact if not in name (aid to China was just ended) to countries it invaded, German reparations were mostly in terms of surplus machinery and factory equipment and ended in 1950.

Further, until 1990 there were two Germanies: the German Democratic Republic (aka East Germany) and the Federal German Republic (aka West Germany). The GDR accepted no war guilt, apologized for nothing, and pursued no former Nazis within its sphere of control, although it did compile a dossier of those in the FGR. Suffice it to say that Germany is not the unblemished model for Japan that this author and so many others think it is.

Balancing Korean Animosity with the Facts of History

To be sure there are areas where Japanese in general and the Japanese government could be more sensitive to and understanding of Korean historical issues.

But as the T-shirt incident itself and some Korean responses to it demonstrate, there are also areas where the Korean government, the Korean media, and would-be spokesmen for the Korean take on history need to study not just Japanese and Korean history, but also that of Germany. One would then hope Korean educators would impress upon the youth they teach — even ones in boy bands — the gravity of glorifying the use of weapons of mass destruction.