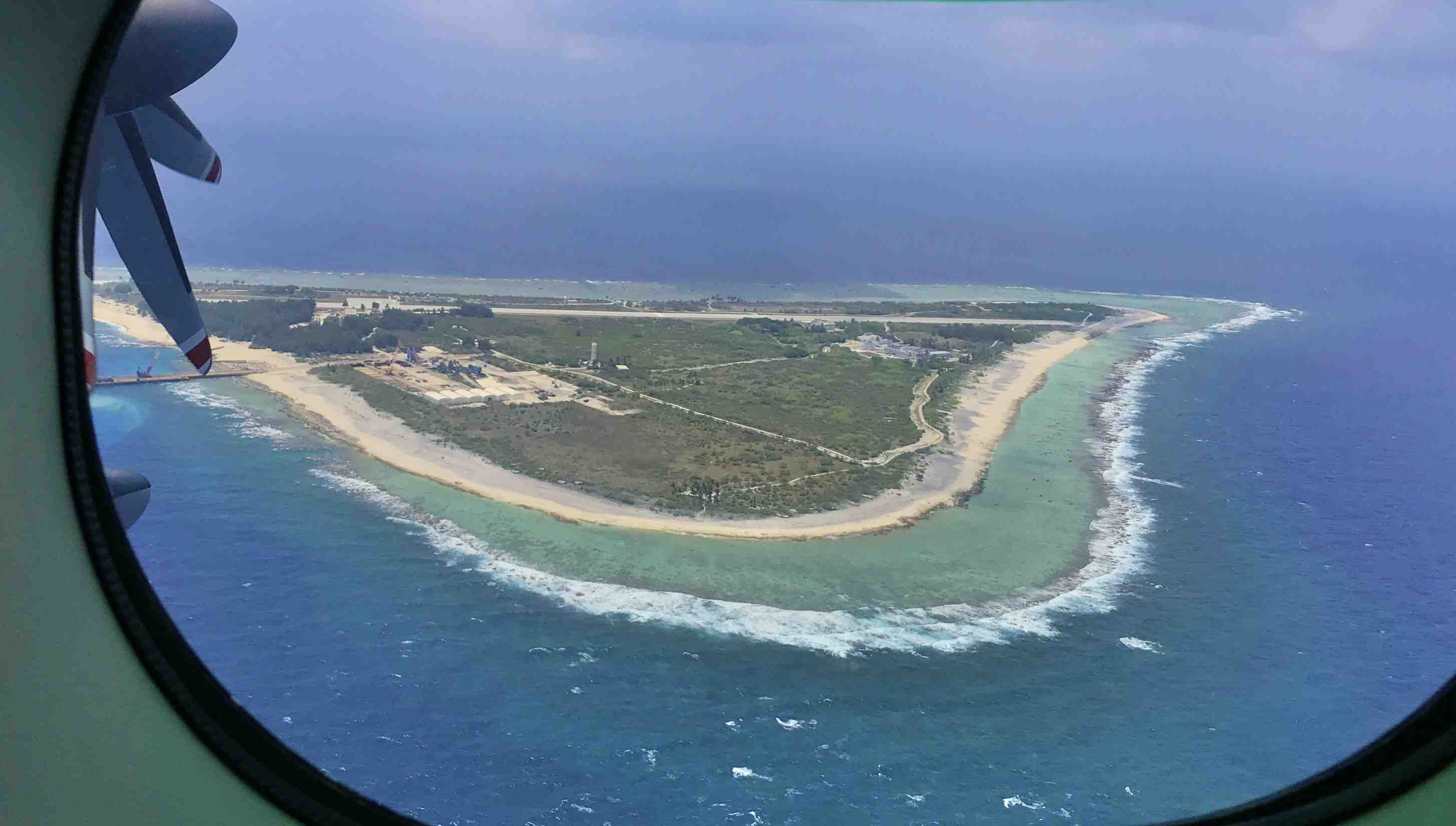 Minamitorishima Island, which with Okinotorishima, is the southernmost point in Japan

Recently a spate of Chinese academic reports have been published which raise topographical objections to the submission by the Japanese government to a UN agency requesting recognition of an extension of Japan’s continental shelf, it was learned on May 29. The area of concern is southward from Okinotorishima, Ogasawara Village, of Tokyo Prefecture. It is the southernmost land feature in Japan.

Moreover, recently Chinese oceanographic research vessels have been very active in the area.

Japanese government analysts have concluded that compared to past Japanese oceanographic surveys in the area, the Chinese may have used the most up-to-date devices to carry out the detailed surveys over a broader geographical range.

There is growing alarm in Japanese government circles that the recent academic dissertations published by China are being used in an effort to alter the status quo and refute Japan’s position based on the “authority of ‘science’.

China is also expected to double down on this strategy of producing academic papers rebutting Japan’s position framed in terms of the “latest scientific findings” in other areas. The aim seems to be one of forestalling extensions of Japan’s continental shelf.

Japanese officials increasingly believe that there is a real risk that the Chinese survey data will put Japan at a disadvantage when the UN Commission on the Limits of the Continental Shelf (CLCS) makes its decision on Japan’s submission.

Officials familiar with the situation believe the Japanese government must urgently launch a strategic effort encompassing, among other things, additional surveys for data acquisition and analysis to buttress the data contained in Japan’s original submission in 2008. Recognition of the continental shelf extension is essential if Japan is to secure the right to develop seabed natural resources in the area concerned.

In preparation for Japan’s 2008 continental shelf extension submission to the CLCS, the Japan Coast Guard with help from other concerned agencies, conducted seabed structural exploration surveys of a broad marine zone, including the Southern Kyushu-Palau Ridge. Although the scale of that data collection was the largest of its type in the world at that time, a decade has passed since the Japanese government produced those findings.

The 2008 extension application was opposed by China and other parties who contended that Okinotorishima is nothing more than a “rock.” A decision was deferred at that time.

Then in the years that followed, China carried out unauthorized research surveys in waters around Okinotorishima that constitute part of Japan’s exclusive economic zone (EEZ). Furthermore, since 2018 several Chinese entities, including government agencies and universities, have conducted intensive surveys in international waters south of this EEZ.

The Japanese government carried out a collective analysis of the results of these surveys in 2019 and 2020. They concluded in 2020 that the Chinese surveys “may well have been executed at the direction of the Chinese government” with “some intention” regarding the applications submitted by Japan and Palau (from a southward direction).

In any event, from the end of 2021 through the beginning of 2022, the Chinese government began publishing a flurry of English-language academic papers containing data which challenge the Japanese continental shelf claim. All these papers are by authors affiliated with China’s Ministry of Ecology and Environment.

This is the same government office to which the Chinese representative to the UN Commission on the Limits of the Continental Shelf  belongs. It has been confirmed that six such papers were published in China-controlled academic journals.

The Chinese reports among other things state that based on the thickness measurements of the Kyushu-Palau Ridge, the local crust has the structure of oceanic crust on the surface of an oceanic plate rather than the continental crust and that the area is “divided by a fault running east to west.” On that basis, the Chinese articles argue the area cannot be considered as part of the continental shelf as defined by the UN Convention on the Law of the Sea (UNCLOS).

Careful analysis of the report data, the equipment of the research vessels involved and other factors have led the Japan Coast Guard to conclude that the Chinese researchers likely employed high-performance depth finders and other state-of-the-art observation instruments. The studies were broader in terms of the scope, and narrower in the spacing and density of sampling, compared to earlier Japanese studies.

Yoshitaka Shindo, chairperson of the Special Committee on Space and Ocean Development of the Liberal-Democratic Party, reacted to these moves by China. “In order to protect maritime rights and interests for our EEZ, the sixth largest by surface area in the world,” he said, “the government, private sector and concerned agencies must work together to drastically strengthen our strategic measures.

“I would like to see the government greatly expand the implementation framework and budgetary measures needed to carry out new surveys, acquire relevant data, and submit academic papers to international scientific conferences,” he concluded.


Parameters of the Continental Shelf

In 2008, the Japanese government submitted a request to the United Nations Continental Shelf Limit Committee requesting extensions for seven ocean areas. In 2012 the commission approved a recommendation to recognize extensions for the Shikoku Basin and three other oceanic basins. The decision was deferred on the Kyushu-Palau Ridge area.The Japanese government stated at the time, “We will continue our efforts to realize these recommendations as soon as possible.”