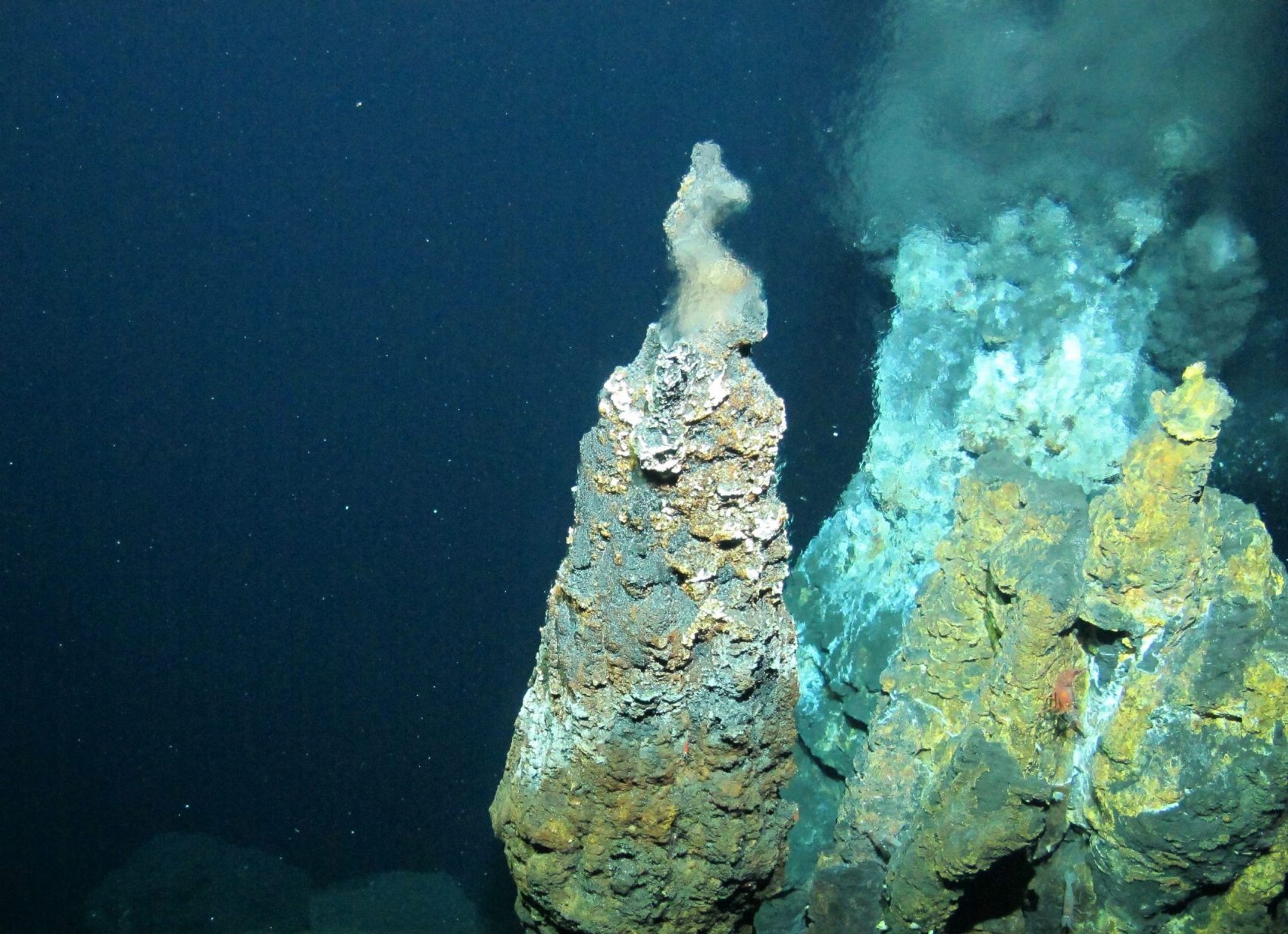 There is a treasure chest in Okinawa with great potential. It is filled with mineral resources such as gold, silver and copper, that are sleeping on the bottom of the sea.

The lid on the treasure chest has yet to open and development of these riches hasn’t moved forward. This is partly due to potential impacts on the environment and some technical problems. But the greater concern is the looming shadow of China’s lingering presence in the background.

Submarine hydrothermal deposits are found widely distributed on the seabed near Okinawa at a depth of 700 to 2,000 meters (about  2296 to 6561 feet). Hydrothermal water containing heavy metals is spewed out by underground magma ーthe extremely hot liquid and semi-liquid rock located under Earth’s surface. It contains a variety of metal components such as copper, lead, zinc, gold and silver.

It was not until 2008 that the Japanese government began a full-scale survey of these deposits. In 2018, one of the deposits at the Izena Cauldron was calculated to contain about 7.4 million tons of minerals. The following year, Japan became the first in the world to mine ore from a depth of 1600 meters (5249.344 feet ) below the sea and successfully raise them offshore with an underwater pump.

However the country has still not found a path to commercialization because of the high cost of developing sufficient undersea resources to make it viable. Japan’s Agency for Natural Resources and Energy estimates it would take 50 million tons of natural resources to make the process profitable.

In addition to the Izena Cauldron, several promising deposits have been found in the seas around Okinawa, including those off Kumejima Island and Iheyajima Island, but the government has not disclosed details of the deposits there.

On the other hand, some encouraging comments have come from Yosei Takahashi, CEO of the Okinawa Seabed Resources Industrial  Development Organization (OSR), which is studying how to utilize undersea reserves in Okinawa Prefecture. Takahashi said, “It is highly likely that the overall amount of resources will exceed 50 million tons.”

“There have not been any examples in the world of commercializing undersea mineral resources. So if it happens, it will play a role in the future of Japan and Okinawa,” he said.

With Japan’s resource development at a standstill, the concern has turned to China’s activities in the area. Since 2020 when Japan began full-scale surveys of the area, there have been repeated confirmations of Chinese government vessels sailing with research lines out through Japan’s exclusive economic zone (EEZ).

In 2016, the Japan Coast Guard announced that it had confirmed the largest hydrothermal vent in Japanーa fissure on the seabed from which geothermally heated water is dischargedーoff Kumejima, another island in the Japanese archipelago.

China, with its aggressive policy of maritime hegemony, does not respect Japan’s EEZ.

“If Okinawa’s development of its mineral reserves is delayed, China could go ahead and create another situation like the Senkaku Islands Issue,” commented one local prefectural assemblyman from the Liberal Democratic Party.

The government plans a comprehensive verification of the survey results and to announce a resource plan in 2022. There are environmental conservation concerns as well, and whether or not specific development targets can be included in the plan is a sensitive issue.

How can we open the “treasure chest” on the seabed? The nation holds the key,” said Yoshihiko Yamada, professor of maritime civilizations at Tokai University.

“Japan now depends largely on the import of mineral resources,” explained Professor Yamada. “If we can mine our own from the bottom of the sea, the national interest is immeasurable. It is a national responsibility to protect and utilize the nation’s own seabed resources.”

“There are various issues,” he acknowledged, “but Japan’s resolve [to protect its resources] is at stake.”

(Find access to this special Sankei Shimbun report in Japanese at this link.)

Hiroyuki Kawase is the Naha Bureau Chief of the Sankei Shimbun and an editorial writer for the newspaper.