China: Why It Makes Sense to Decouple Now 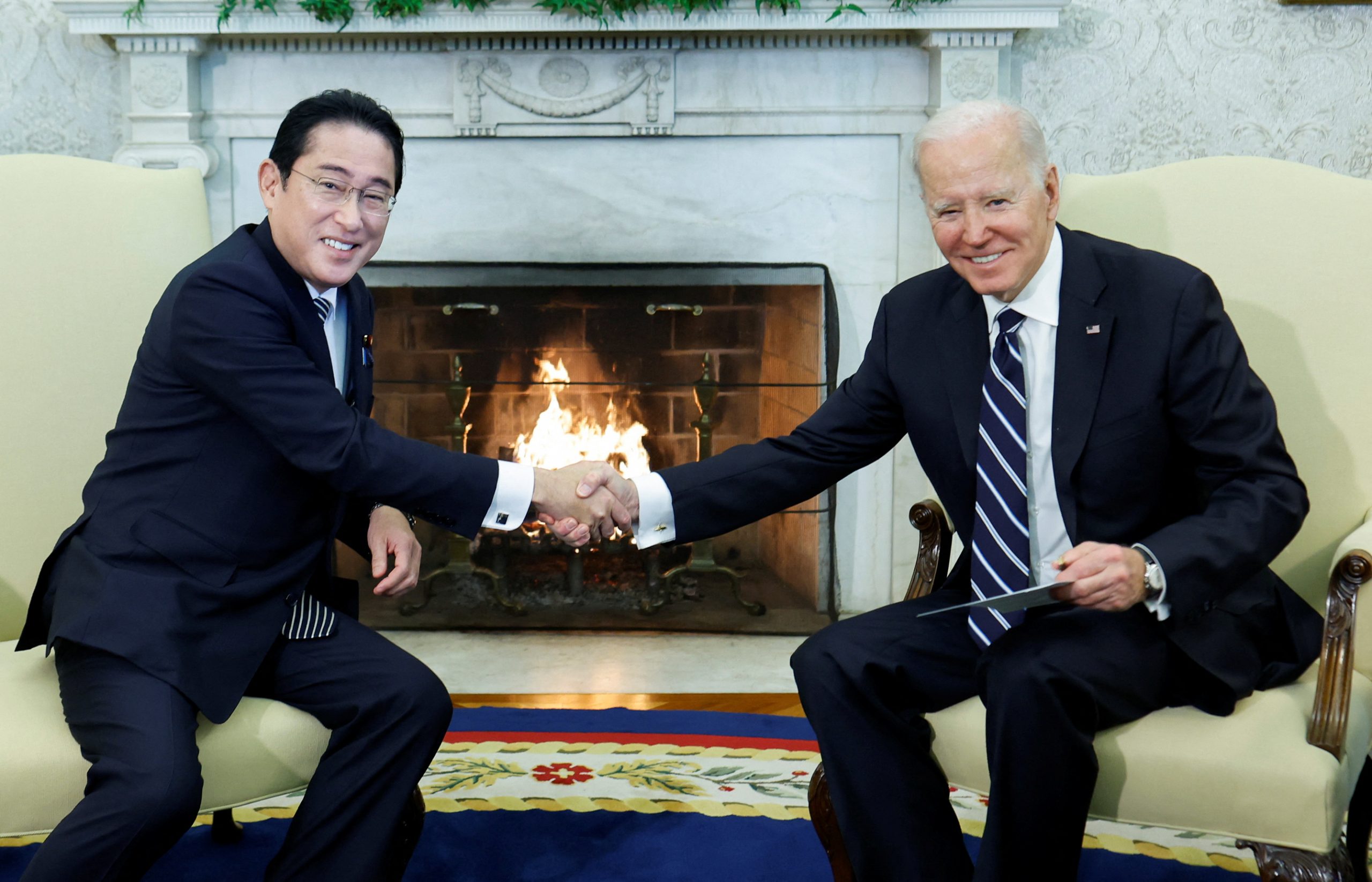 US President Joe Biden shakes hands with Japan's Prime Minister Fumio Kishida during a bilateral meeting in the Oval Office at the White House in Washington, U.S., January 13, 2023. REUTERS/Jonathan Ernst

In its cover story of March 3,2018, The Economist magazine declared that the Free World had "made the wrong bet" in making China a member of the World Trade Organization and trying to integrate it into the global, free world economy.

The experience of the past five years has only proven how correct The Economist was. China's emphasis on its policy of "Made in China 2025" for all major high tech industries has also been linked with its policy of military-civil fusion.

In reality this means that the Chinese market is not going to be open to foreign imports over the long term in any significant market share.

Considering the issue in this context, it is interesting to look at the situation of Apple.

An American 'Made in China' Case Study

Everything Apple sells is made in China. Of course, nominally, Apple is an American company since it is incorporated in California.

It is also true that in the United States Apple CEO Tim Cook has much influence in Washington DC. There he has instant entree to the White House, the Congress, and virtually all of America's top leaders.

He and his company make big contributions to the political campaigns of senators, presidents, and Congress persons. If the United States government does something that Apple doesn't like, it can take the US government to court. And win, and prevent the government from taking the unwanted action.

Yet, as noted above, everything Apple sells anywhere in the world is made in China. In Beijing, Cook has no special influence. He does not make campaign contributions to Xi Jinping. He cannot go to court against the Chinese government with any chance of winning.

In fact, in a way Cook is a kind of a hostage to Beijing. Indeed, Beijing sometimes directs Cook to be an advocate for China by urging the White House and the US Congress and other powerful organizations in America to do things that China wants.

The fact is that Apple is not truly an American corporation. As it stands now, it is much more a Chinese than an American company.

China and the Semiconductor Industry

But Apple is not the only corporation that finds itself in this situation. Recently, President Biden has restricted the export of certain high end semiconductors and semiconductor equipment to China. This is possible because US technology is largely dominant in these areas.

But US technology is not totally dominant. Taiwan Semiconductor Manufacturing Company (TSMC) in Taiwan and Samsung in South Korea are making the leading edge chips today. America's Intel is lagging a bit behind.

ASML of The Netherlands makes the key equipment. In doing so, it uses a good deal of US origin technology, but not entirely US technology. The same is true of Tokyo Electron.

There have been some reports in the press that ASML and Tokyo Electron are not entirely happy with the US proposal. They might want to sell semiconductor production equipment to China despite the United States request not to do so.

On the one hand, this is an understandable reaction. After all, why should these companies take orders from the president of another country that may reduce their sales in the short term?

Why should they pay attention to an American president or, for that matter, even their own prime ministers when paying doing so may well cost them a lot of short term profit?

The answer is exactly that. It is short term profit to be followed almost surely by long term loss.

The China Market in the Long View

Does anyone think the Chinese are not going to copy the equipment they might buy from The Netherlands or Japan?

China has sworn to make this equipment domestically by 2025. Does anyone think the Chinese Communist Party is suddenly going to change its mind? Or that it will really become a long-term client of ASML or Tokyo Electron? Surely no serious business leader could be so stupid.

Moreover, once China copies the equipment, it will then sell it in the global market. When that happens, expect its prices to be far below those of Tokyo Electron and ASML.

China will be able to do that because the state-owned enterprises do not need to make a profit. Furthermore, so called private Chinese corporations are often heavily subsidized so that foreign makers cannot compete.

Preserving a Open Trade in a Free World

Of course, it is not necessary or desirable for all foreign corporations to withdraw from China.

It does not matter if Starbucks, for example, sells a lot of coffee in China. Let Starbucks sell as much as it can there.

But China has clearly declared to the world that it intends to become the dominant producer of the major advanced technology products of the 21st century. It does not make sense for the free world to sell the Chinese Communist Party the rope by which it intends to hang the democratic countries committed to open trade in a free world.

Yoshihisa Komori and I note this in our recent book, US-China: On the Eve of War (published in Japanese by Business-sha). Losing our freedom of speech and rule of law for the sake of a few dollars or yen of short- term profit would be a truly terrible trade.

It is precisely to avoid this or worse that Prime Minister Fumio Kishida and President Joe Biden met on Friday, January 13 in Washington.