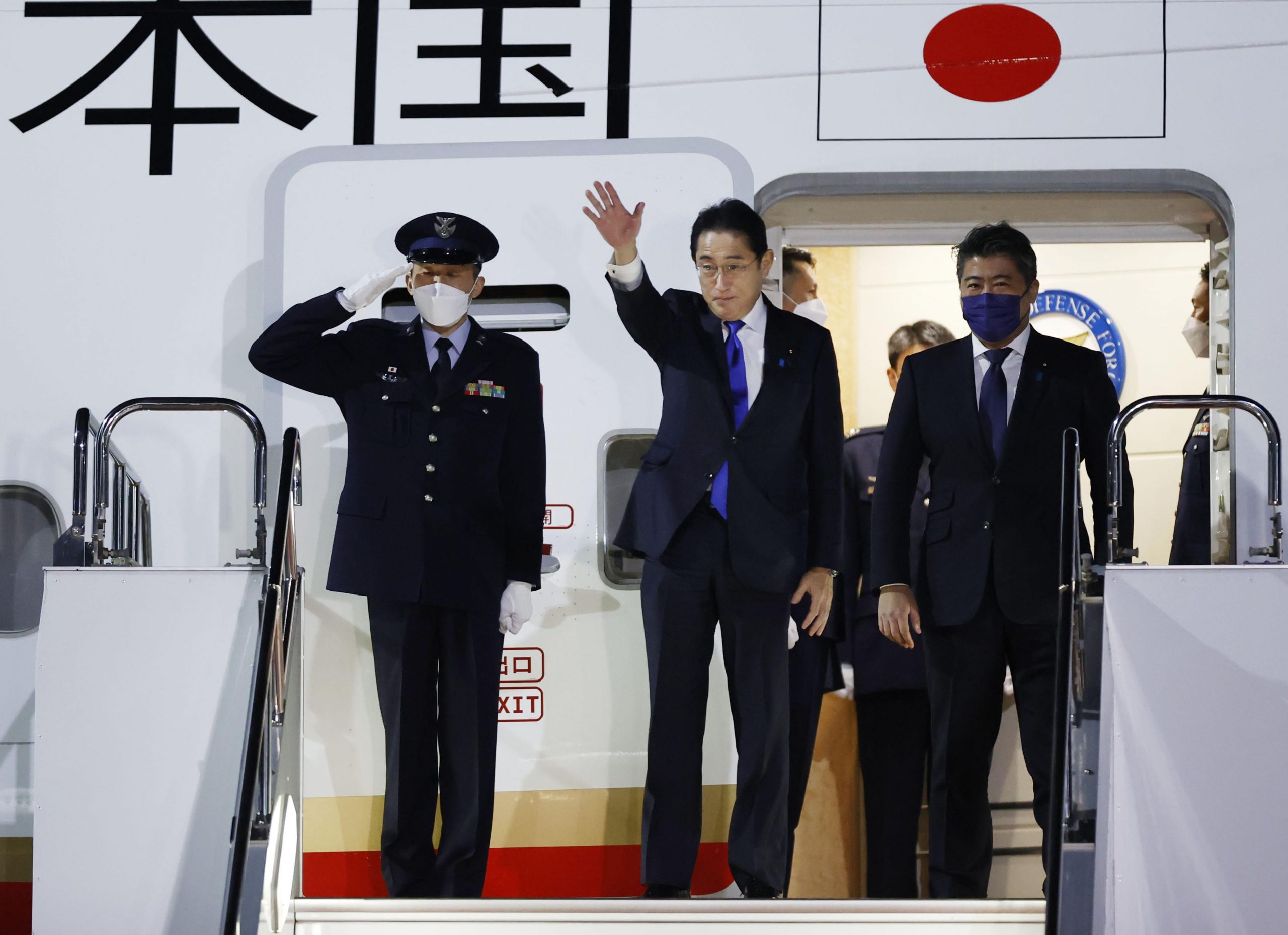 Japan's Prime Minister Fumio Kishida is on a worldwide trip, taking in meetings with the leaders of five other countries.

Success on the international stage would be particularly welcome, given his troubles at home. So what's on the agenda and what does he hope to achieve?

Here's our guide to the week ahead.

Where is Kishida Going?

Starting on January 9, the prime minister is scheduled to visit France, Italy, the United Kingdom, Canada, and the United States of America. He will hold meetings with the leaders of those countries to discuss a wide range of topics, including Ukraine.

This is part of Japan's G7 presidency, so why only visit five countries?

This trip will bring Mr Kishida face-to-face with all relevant presidents and prime ministers. Additionally, the European Union is a "non-enumerated member" of the G7. It is likely that the President of the European Council, Charles Michel will try to meet with Mr Kishida in Berlin or Paris, or at a later date.

How far do the G7 leaders agree on foreign policy?

Given the diverse nature of the countries, there's considerable overlap on some issues, most notably over Russia's invasion of Ukraine. In a joint statement, the G7 members recently condemned Russia's invasion as "an illegal, unjustifiable, and unprovoked war of aggression." Even Italy's Prime Minister, Giorgio Meloni, who used to be seen as somewhat pro-Putin, is now firmly on the Ukrainian side and offering her vocal support to President Volodymyr Zelenskyy.

Prime Minister Kishida spoke by telephone with President Zelenskyy last Friday (January 6) and pledged Japan would do its utmost to provide assistance to help people get through the winter. Mr Zelenskyy invited Mr Kishida to visit Kyiv. However, he may not go there this week due to time constraints and concerns about security.

What does China say?

China believes the United States manipulates the G7 to pursue its own interests and hold back China's rise. Beijing is particularly frustrated by America's plan to prevent the export to China of semiconductors and other high-tech equipment.

China is applying pressure on EU countries not to follow suit. However, Japan seems to be on board with the US action. Following a meeting with the Commerce Secretary Gina Raimondo in Washington recently, Japan's minister of economy and trade, Yasutoshi Nishimura said: "It is absolutely imperative for us to reinforce our cooperation in the area of export control in order to address the misuse of critical and emerging technologies by malicious actors and inappropriate transfers of technologies."

Mr Nishimura also said that democratic powers made a mistake more than two decades ago by bringing China and then Russia into the World Trade Organization.

Will this trip divert attention from Kishida's troubles at home in Japan?

The past few months have been difficult for Mr Kishdia's party, the LDP. Several ministers have been forced to resign due to close links to the Unification Church, gaffes, or political funds-related scandals. An opinion poll for Kyodo News last November put the support rate for Kishida's cabinet at 33 percent. Some political commentators believe he is clinging onto his premiership. He hopes this trip will generate positive media coverage as he emphasizes Japan's role as a security partner for the other countries.

Mr Kishida is expected to continue his travels later in January, when he plans to give a keynote speech at the World Economic Forum in Davos, Switzerland.

Which world leaders will be most pleased to see Kishida?

All the G7 countries are friendly towards Japan, some more so than others. President Biden is enthusiastic in his support of Japan's National Security Strategy, published at the end of 2022, which states that "the Japan-US Alliance, including the provision of extended deterrence, will remain the cornerstone of Japan's national security policy." Japan has also agreed to cooperate with Italy and Britain in developing a new generation of fighter jets.

Germany and France are trying to balance their commitment to the US with a dialogue with China. Chancellor Olaf Scholz visited Beijing late last year and President Macron is due to meet Xi Jinping soon.

Does Kishida really need to go all the way to Canada?

Climate campaigners often berate world leaders for burning through air miles, in defiance of their pledges to cut emissions. Journeys over the Atlantic and the Pacific will mean Mr Kishida racks up well over six thousand air miles. Adding Ottawa to the trip before Washington adds only another 450 miles overall.

Canada is a member of the so-called "five eyes" intelligence sharing pact, which Japan would like to join. In addition, Canada's center-left Prime Minister Justin Trudeau is likely to be the strongest supporter among G7 leaders of Mr Kishida's ambition to rid the world of nuclear weapons.

Will Kishida press G7 countries to get rid of nuclear weapons?

Prime Minister Kishida's ambition is to achieve the total elimination of nuclear weapons. Japan's recently updated National Security Strategy contains a solemn pledge to uphold three non-nuclear principles of not possessing, not producing, and not permitting the introduction of nuclear weapons, in line with Japan's constitution.

Other countries have shown no interest in making such commitments. In 2021, Britain announced it would be lifting the cap on its nuclear arsenal to 260 warheads.

Prime Minister Kishida will host the G7 leaders in his home city of Hiroshima in May. Meanwhile, North Korea's continued work on its nuclear weapons program is a matter of deep concern to Japan and its G7 partners.