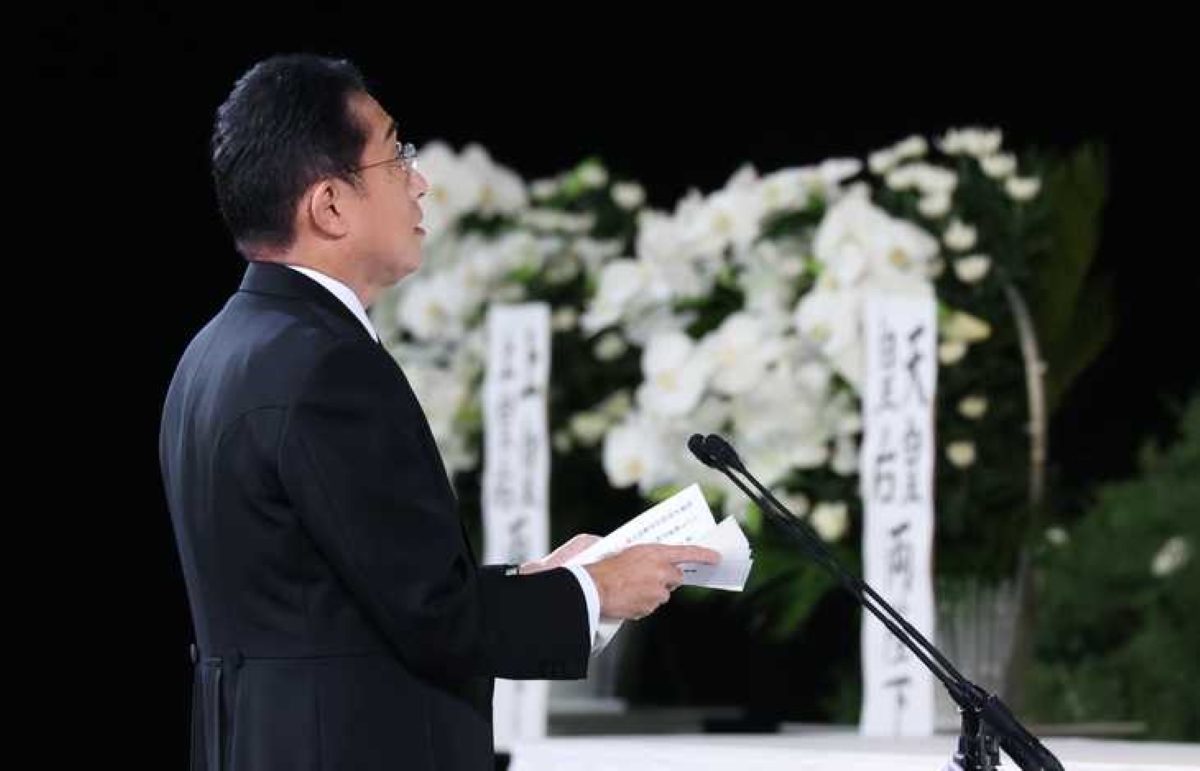 Prime Minister Fumio Kishida presents message to Shinzo Abe at the State Funeral with some of the official flower gifts in the background.

The Japanese government decision to add Taiwan to the list of names of countries, international agencies and other official entities making floral offerings that were read aloud during the state funeral for the late Prime Minister Shinzo Abe held in Tokyo on September 27 did not go unnoticed in China.

The inclusion of Taiwan drew a sharp rebuke from Chinese Foreign Ministry spokesperson Wang Weibin who warned Japan “to refrain from providing any platform or opportunity for ‘Taiwan independence’ separatist forces to engage in political manipulation.”

In response, Chou Shyue-yow, secretary-general of the Taiwan-Japan Relations Association, an organization that serves as a pipeline for Japan-Taiwan interchanges, said that there was no justification for Beijing’s protests concerning a Japan-Taiwan bilateral matter of a humanitarian nature.

Media in both China and South Korea played up the cost of the state funeral. The September 27 issue of the Global Times, a tabloid published by The People’s Daily, which is the official organ of the Chinese Communist Party, carried an article with the headline “State Funeral for Abe Held in Tokyo Amid Controversy.” The article attributed strong opposition to the event from the Japanese public and opposition parties to the expense and questions about its legitimacy.

It speculated that the no show by Canadian Prime Minister Justin Trudeau (who had to cancel in order to lead the response to a powerful storm that had devastated Canada) and other prominent guests might result in Prime Minister Fumio Kishida’s “condolence diplomacy” falling short of its goal, thereby embarrassing Kishida.

An article in the September 27th edition of South Korea’s left-leaning daily The Hankyoreh (digital version) judged that Kishida does not have the “energy” to spend on courting South Korea.

It surmised that the precipitous decline in support for the Kishida Cabinet among the Japanese public might be in reaction to the decision to hold a state funeral for Abe. It also argued that Kishida’s faltering popularity is the “biggest reason” for the lack of improvement in Tokyo-Seoul relations.

Authors: Shohei Mitsuka in Beijing and Tatsuya Tokiyoshi in Seoul