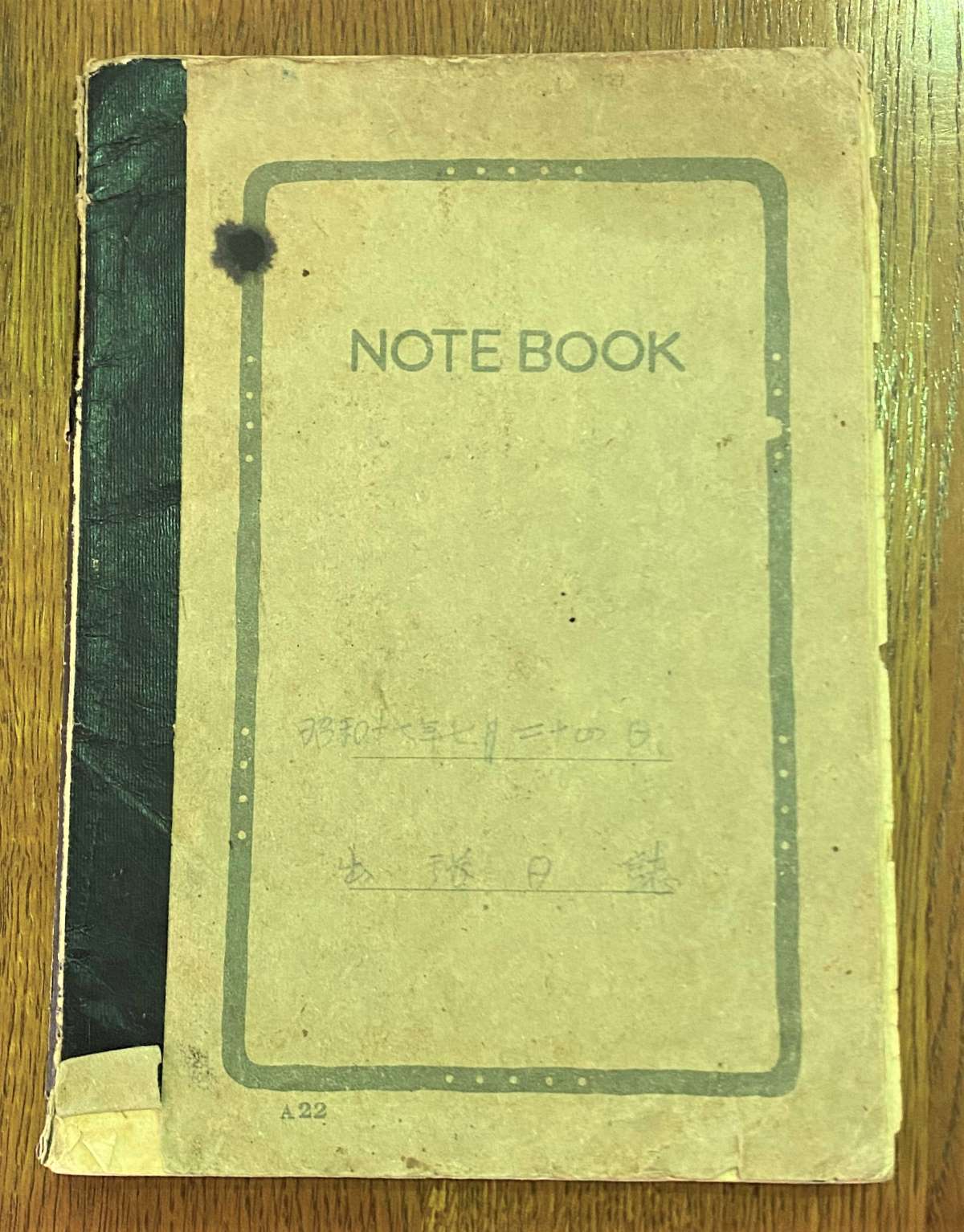 “Logbook” belonging to a former Japanese Imperial Army corporal in World War II. The notebook was returned to the bereaved family by Project Returned Memories Kiseki. (© Sankei by Kenichi Honda)

In early August, a notebook belonging to a former Japanese Imperial Army corporal from Ojiya, Niigata Prefecture was returned to his bereaved family in the city for the first time in 78 years. The Japanese army corporal had been killed in action in 1944.

The notebook was obtained from an internet auction and delivered by Project Returned Memories Kiseki, a non-profit organization in Illinois, USA, which is engaged in activities to deliver items belonging to Japanese war dead to their bereaved families in Japan.

According to Kiseki, the prices of personal items taken from the battlefields have recently skyrocketed at internet auctions in the United States, creating a headwind for the project. What is behind this?

At Kiseki, US-based representative Chizuko Jaggard has invested private funds to acquire items belonging to Japanese war dead. Once purchased, they are delivered to the surviving families in Japan.

The items include photographs, Japanese flags with inscriptions, logbooks, and other items believed to have been in the possession of the war dead, with their names and addresses written on them. With that information, the families can be found.

According to Jaggard, “There are many items of Japanese war dead on auction on the internet. They sell items bought from different collectors and antique dealers, or items that have come out of houses where younger generations are sorting out their parents and grandparents estates.”

Initially, many of the items were sold by people who had brought back personal items of Japanese soldiers from the battlefield as souvenirs. In many of those cases it was clear who had brought them back, when and from where.

Recently, however, many of the items on auction have been bought and sold repeatedly among collectors in the 77 years since the end of the war, and their provenance is no longer known. It is also difficult to return such items to the bereaved families.

Recently, in particular, there have been cases of items being sold from Japan to online auctions in the US, which has been particularly distressing for Jaggard.

The price of Japanese war dead artifacts at online auctions in the United States has increased two to three times compared to before the COVID-19 pandemic, and has remained high since then. Jaggard points out the some of the reasons as follows:

In response to the COVID-19 outbreak, the US government provided three economic stimulus payments to Americans between 2020 and 2021. The pandemic made it impossible to use the subsidies for leisure such as traveling and eating out.

Instead, investment fever in stocks and other investments increased, especially among young people. One of the investment targets is memorabilia of Japanese war dead being sold on online auctions, and it appears that they are trying to make money by reselling them later at a higher price.


Reposing of the Souls

As Jaggard has invested her personal fortune in acquiring items belonging to deceased soldiers, the rising prices are a headwind pushing back against her activities to return the items. Even so, she has no intention of slowing down.

“In fact, the people who receive the memorabilia are delighted," says Jaggard. "This is the driving force behind our activities. The bereaved families are aging and we are running out of time.”

Yasuhiko Kaji, a doctor from the state of Ohio who was the first to start Kiseki's activities, passed away in December 2021 at the age of 88. With his legacy firmly in place, Jaggard is continuing her activities, even in the face of rising prices.

Project Returned Memories Kiseki is a non-profit organization registered in the State of Illinois, United States. It began in 1971 when Yasuhiko Kaji, a doctor living in Ohio, invested his private fortune in collecting the personal items of Japanese war dead and returning them to Japan.

The number of supporters subsequently increased, and in 2020, the 50th anniversary of the project, the organization was incorporated as an NPO. Currently there are 9 members: three in the United States, five in Japan and one in China. There are also two supporters helping with the activities.

On August 7 2022, a logbook (A5 size notebook) of a former army corporal from Ojiya City, Niigata Prefecture, was returned and the bereaved family was deeply moved, saying they were “speechless.” More than 77 years after the war, there is no end to Kiseki's activities.