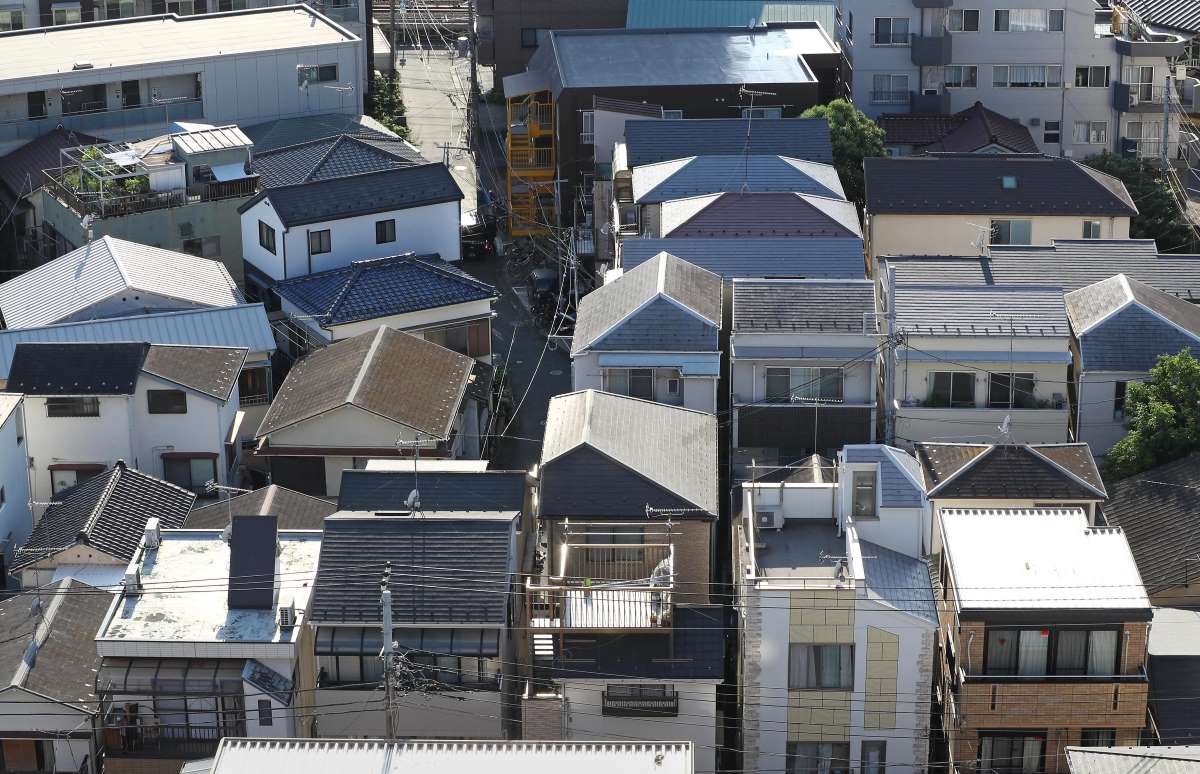 Densely populated residential areas have been identified as at risk of severe damage in a major Tokyo metropolitan area earthquake, such as this neighborhood in Ota-ku (Ota Ward), Tokyo (photo by Kano Iwasaki)

On May 25, the Tokyo Metropolitan Government released new damage estimates for four earthquake scenarios that are expected to occur directly under the capital.

The worst-case scenario would be an earthquake with a magnitude of 7.3 on the Richter scale with a hypocenter directly under the southern part of central Tokyo. It would be expected to cause the most significant damage in the metropolitan area.

With six or higher on the Japanese seismic intensity level, it would shake approximately 60% of the 23 wards. Such an earthquake would be expected to cause damage to 194,431 buildings and lead to 6,148 fatalities. It is estimated that the number of evacuees could reach approximately 2,990,000 people.

The May 25 report is the first review in ten years. The last publication of damage estimates was in 2012.

An earthquake with a hypocenter directly under the southern part of the Tokyo metropolitan area would be expected to cause a seismic intensity of M7 in Koto, Ota, and Edogawa wards. 82,199 buildings would be destroyed due to tremors, liquefaction, and the collapse of steep slopes. Assuming the earthquake occurred at 6:00 PM in winter with a wind speed of eight meters, the report predicts that another 112,232 houses would be destroyed by fire.

Of the predicted deaths, 3,666 would be caused by collapsed buildings or direct impact from falling objects outdoors, and 2,482 would be killed by fire. The number of injured is estimated at 93,435, of which 13,800 would be serious.

Tremors Under Other Parts of Tokyo

In the case of an earthquake with a hypocenter under the eastern Tama, the seismic intensity would be six or higher in Musashino City, Mitaka City, and other areas. Approximately 70,108 houses would be destroyed in the entire metropolitan area. The death toll would be an estimated 4,986 people, with 2,760,000 evacuees.

There is a probability of about 70% that earthquakes with a hypocenter directly under the southern part of central Tokyo or the eastern part of Tama would occur within the next 30 years. On the other hand, the likelihood of a Tachikawa Fault Zone earthquake is much smaller at 0.5-2%. However, if it were to happen, it is predicted that the Tachikawa Fault Zone Earthquake could cause 51,928 buildings to be damaged and the deaths of 1,490 people.

A Taisho Kanto earthquake has a 0-6% probability of occurring over the same period, with a predicted 54,962 buildings damaged and 1,777 deaths.

The previous report released in 2012 estimated that a hypocenter under the Tokyo metropolitan area would most likely cause the greatest damage. It was identified as a “Northern Tokyo Bay earthquake.” The 2012 estimates of damage from an M7.3 earthquake were 304,300 buildings destroyed and 9,641 deaths.

Based on discussions at the government’s Central Disaster Prevention Council, the 2022 report has revised its focal area to include the southern part of Tokyo city center. Since the number of buildings adopting earthquake resilient technology and fire resistant construction has increased, less damage is anticipated than was expected ten years ago.

The Tokyo Metropolitan Government’s 2022 report also studied the impact on infrastructure, including telecommunications, electricity, gas, and water. Each operator promotes countermeasures based on its experience with large-scale disasters such as the Great East Japan Earthquake of 2011. Restoration of water and gas services will take three to six weeks, inevitably impacting evacuees’ lives and slowing recovery efforts.

Hiroo Ichikawa, Professor Emeritus of Meiji University (Emergency Management) commented on the value of the report, urging Tokyoites to read it:

“Damage assumptions made by the Central Disaster Prevention Council of Japan and other organizations have focused on ‘damage and loss’ in the event of an earthquake. However, the new report is a breakthrough considering the perspective of the people of Tokyo, who were asking, ‘How should we act?’

“They present the details of disaster scenarios in chronological order. This helps us to imagine what could happen around us. I think this is valuable. If the people of Tokyo take the emergency laid out in the report personally and act appropriately, the risk of loss of life will change for the better.

“It is known that measuring progress numerically on the ‘hard’ material side such as reconstructing buildings and reducing the size of contiguous concentrations of wooden housing will result in less damage than expected.

“However, society is becoming more efficient and denser. In a society that has become increasingly dependent on others, the damage will grow, setting off a chain reaction if one thing goes wrong. For example, when comparing damage caused by earthquakes that occur periodically in the same area, such as in northern Chiba Prefecture, we can see that the damage has become greater as the society has become more advanced in recent years.

“The critical risk factors lie in the unquantifiable, and that’s what we need to be most careful about.”

(Read the related articles in Japanese here, here, and here.)