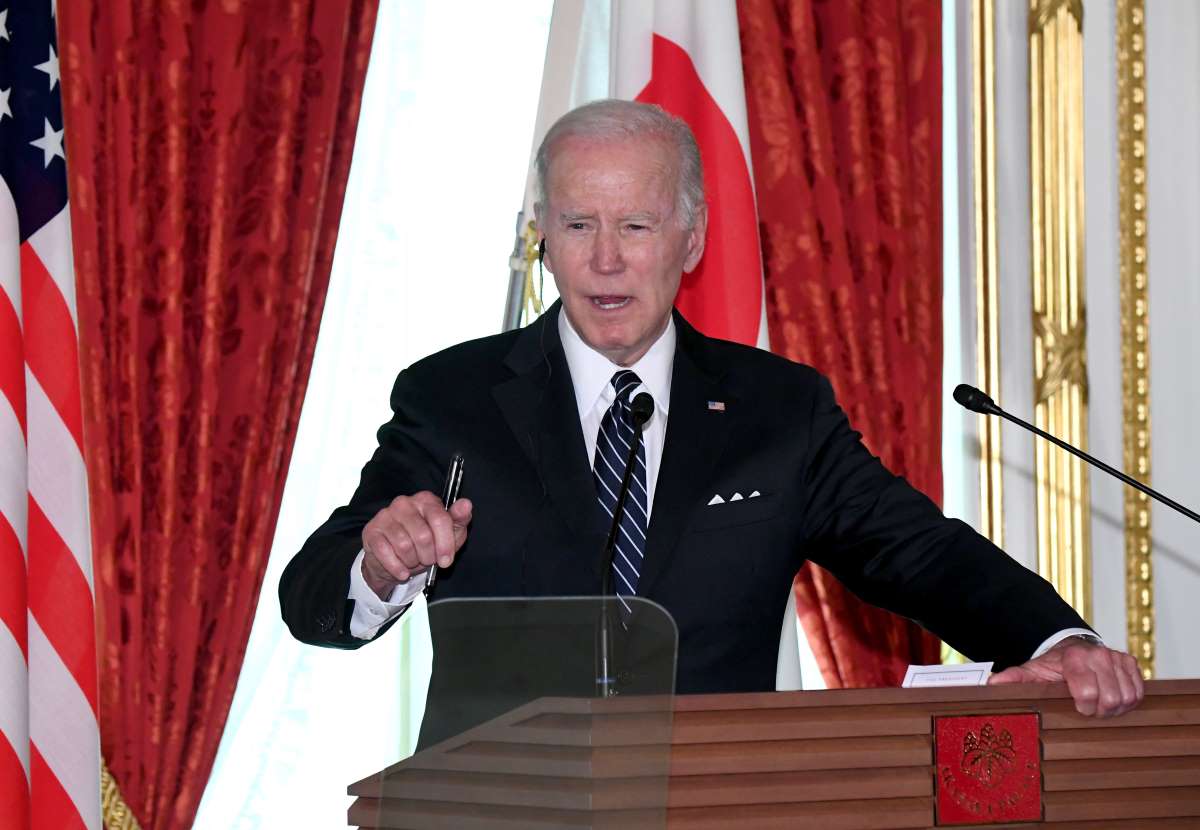 US President Joe Biden speaks at the joint press conference with Prime Minister Fumio Kishida in Tokyo on May 23, at the guesthouse in Motoakasaka, Tokyo (photo by Kazuya Kamokawa)

It’s been 10 days since US President Joe Biden’s seeming gaffe when he was asked whether the United States would be willing to intervene militarily to defend Taiwan if it were attacked. "Yes,” he replied. “That's the commitment we made.”

Since the first visit of an American president to Communist China in 1972 by Richard Nixon, the United States has been ambiguous about military intervention in the event of a conflict between the mainland and Taiwan. Domestic and foreign opinion has been divided over whether Mr. Biden’s statement is a shift in strategy.

However, what is certain is that the “magic” of maintaining the status quo on Taiwan, which was proposed by former Secretary of State Henry Kissinger, the driving force behind Nixon’s visit to China, has begun to break loose. Let us begin with the relevant statements.

President Biden on May 23: “That's the commitment we made,” he said in response to a reporter’s question related to a hypothetical attack on Taiwan.

The US should not break with these principles, Dr. Kissinger told those gathered at the World Economic Forum in Davos, and China should continue to exercise patience.

President Biden and Dr. Kissinger’s comments gathered attention immediately, to be followed by the comments of US-China experts in the United States over the next 24-48 hour news cycle for May 24-25. Among them:

A few days later on May 26, Secretary of State Antony Blinken gave such a speech at George Washington University in Washington, DC.

“The United States remains committed to our ‘one China’ policy,” he emphasized, before going on to explain how it is interpreted by the US State Department. It is a policy, he said:

“While our [United States] policy has not changed,” he affirmed, “what has changed is Beijing’s growing coercion”.

Then he added bluntly, China’s “words and actions are deeply destabilizing; they risk miscalculation and threaten the peace and stability of the Taiwan Strait.”

Some in Japan seem to believe that the US State Department has changed its Taiwan policy, but this is misguided. The Secretary of State has reiterated that America “does not support Taiwan independence.”

More importantly, the magic of deterring a Taiwan contingency through ambiguity, which has been in place since 1972, may no longer be effective due to the dramatic advancement of Chinese military power.

At 99 years old, Dr. Kissinger is still a clear-headed intellectual. But he cannot undo the radical changes in the geopolitical environment in East Asia over the past half-century. Moreover, his perspective on the US-China accord is closer to that of China.

On the other hand, for the United States, one China is a policy, but not a principle. The United States’ one China policy recognizes China’s “principle” that Taiwan is part of the People’s Republic of China, but it does not approve it.

And while the US “does not support Taiwan’s independence” and remains vague about specific measures to be taken in the event of a contingency, it calls for cross-strait differences to be resolved by peaceful means.

The purpose of Mr. Biden’s remark on May 23 may have been to communicate a minor correction in the US policy, towards a less ambiguous “strategic ambiguity”. On the premise that the United States would be militarily involved in a Taiwan contingency, it would create a new deterrence mechanism with China that makes the degree of any military involvement ambiguous.

The conflict in Ukraine has given the United States new options to consider. Even without direct military intervention, it is possible to provide for maintaining Taiwan’s status quo.

The United States may have begun to think that the most effective way to deter China at this point is to leave open the various possibilities of military involvement in an emergency. US responses could range from indirect involvement, such as providing arms, intelligence, and military training to Taiwan, to direct engagement, including the deployment of US military units.

In this light, the United States’ attempts to fine tune its policy of strategic ambiguity over the past few months may not be unreasonable. It is understandable for China to protest, but as the Kissinger Magic of 1972 is fading away, a new mechanism of deterrence is needed between the US and China.

How China responds to the invitations of the United States will likely determine the future of the Indo-Pacific region.