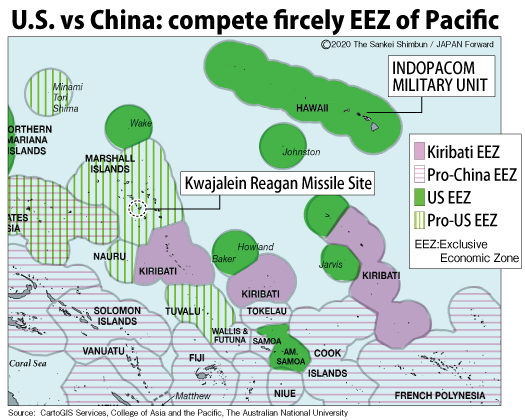 This map is adapted from content courtesy of Dr. Rieko Hayakawa.

In September 2019, two Pacific Island nations, the Solomon Islands and Kiribati, suddenly changed their diplomatic relations from Taiwan to China. Before this switch, the number of Pacific countries that were allied with either Taiwan or China was even: six each.

Those allied with Taiwan were Palau, Marshall Islands, Tuvalu, Nauru, Kiribati, and the Solomon Islands. China had the Federated States of Micronesia, Papua New Guinea, Vanuatu, Fiji, Tonga, and Samoa. After the switch, Taiwan has four allies left, while China has eight. China has secured a majority of Pacific Island nations into its sphere of influence.

The islands’ sea surveillance capacity is totally dependent on foreign countries, such as Australia and its Royal Australian Navy, and the United States with its U.S. Coast Guard/INDOPACOM, and Japan and it’s coast guard. 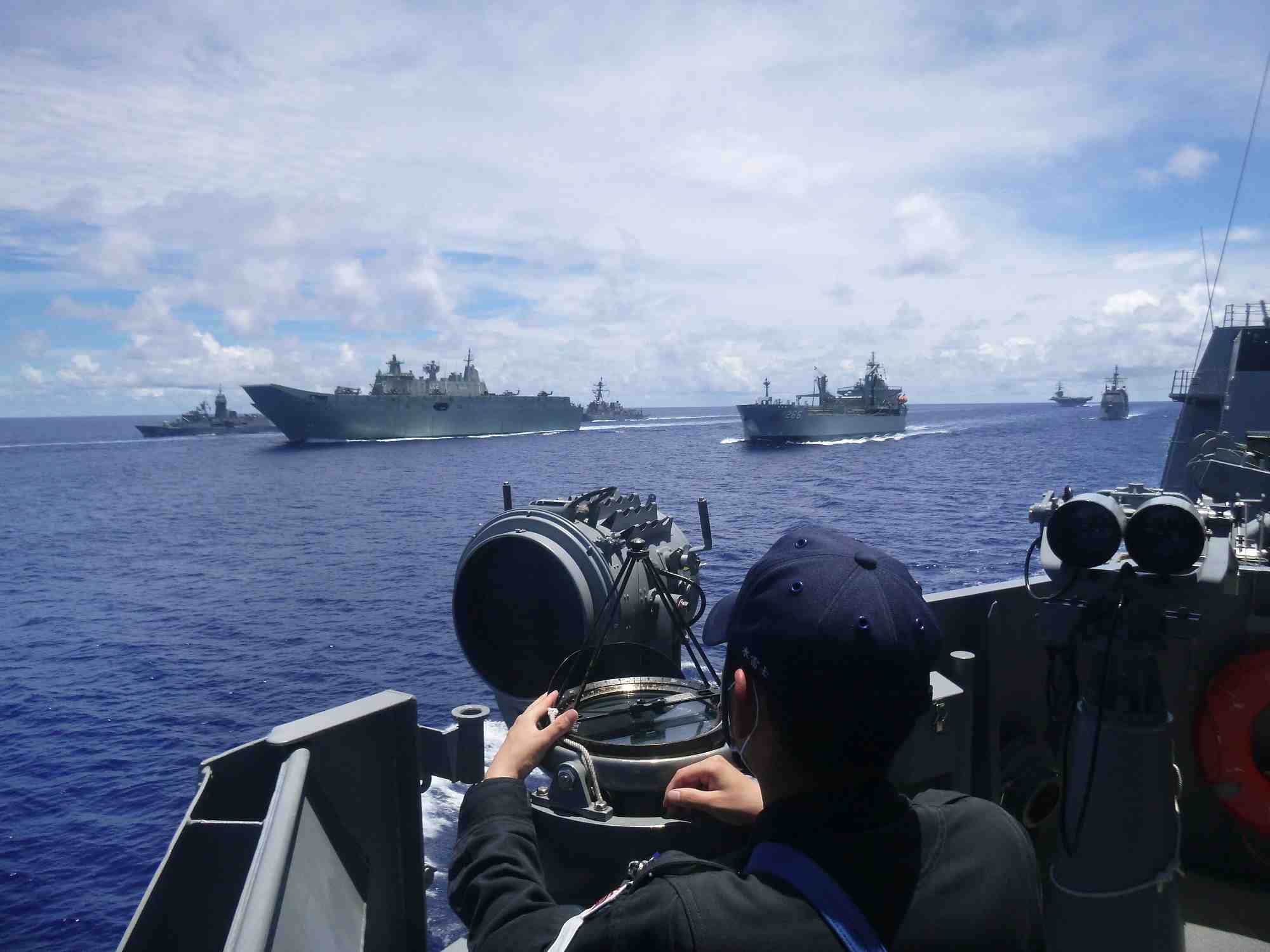 It is not only the size of the EEZ under China’s influence that is of concern, but also the physical location. Kiribati is strategically located in a critical area that spreads east to west around the equator. It has three distinct areas within its massive EEZ: the Gilbert Islands, the Phoenix Islands, and the Line Islands.

The Gilbert Islands, where the capital city of Tarawa is located, neighbors the pro-Taiwan Republic of the Marshall Islands, a U.S. Freely Associated State (under a special security agreement). The Marshall Islands, in turn, host the U.S. Ronald Reagan Ballistic Missile Defense site which has been home to the space surveillance radar system known as the Space Fence, since March 2020. The $1.5-billion Space Fence has the capacity to track satellites and space debris, primarily in low Earth orbit.

RELATED STORY: Glimpsing the Reality of a Maritime Nation as SDF Protects Japan’s Easternmost Point in the Pacific

The EEZ of Kiribati covers 30 degrees latitude that stretches both north and south from the equator. It is an area where tuna are known to migrate. Wherever there is tuna, you will find many foreign deep sea fishing activities. Because it is widely known that Chinese fishermen are also Chinese maritime militia, those foreign fishing fleets in the area may be affected.

The equator is an ideal location for satellite development and tracking. Christmas Island (Kiritimati), which is located east of Kiribati, is only 2,000 kms south of Hawaii, home to INDOPACOM, the most critical military unit for Indo-Pacific security. Recently, Admiral Phil Davidson announced a homeland defense radar system to be situated in Hawaii for the detection of ballistic, cruise, and hypersonic threats ($1 billion USD), along with a space-based persistent radar system for tracking global threats ($1.9 billion USD), which also includes a high-frequency radar system to be based in Palau to detect air and surface targets ($185 million USD). 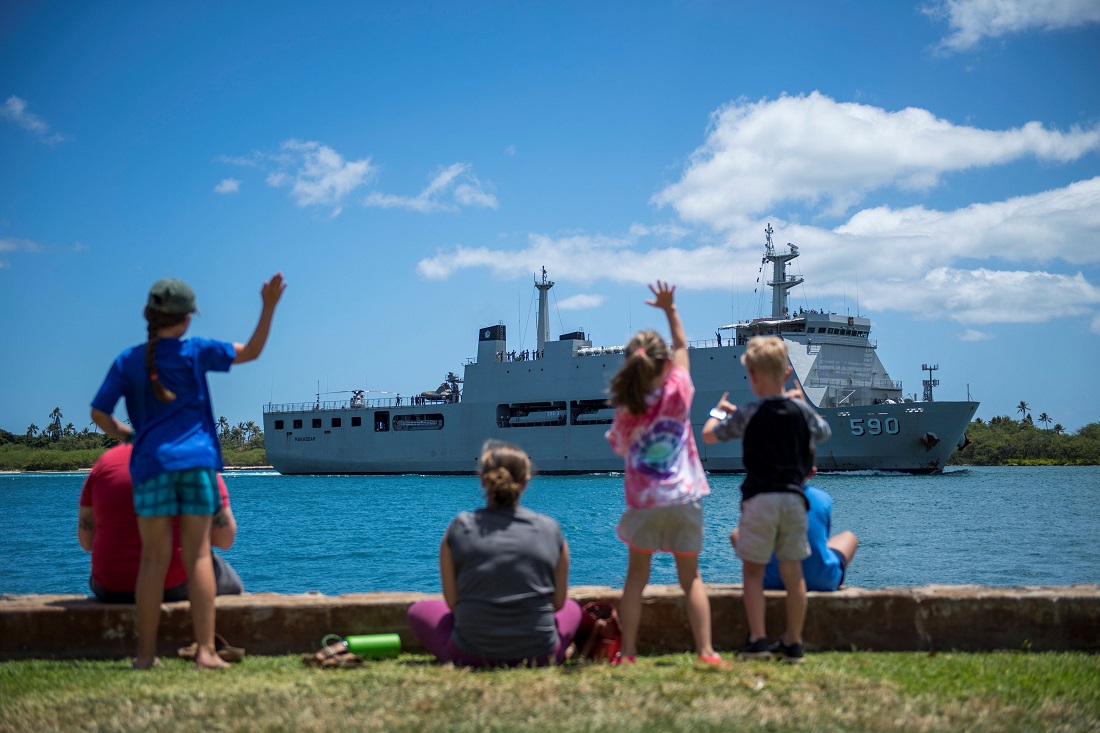 Security of the People of the Pacific

Chinese expansion into the Pacific does not pose only military threats. The Australian media revealed that leaders of both Kiribati and the Solomons who pushed the changing of diplomatic ties received huge bribes from the Chinese Communist Party. Palau, which is still pro-Taiwan and a U.S. Freely Associated State, is no exception.

RELATED STORY: India and Japan Should Reassert Influence As China Makes Inroads Into the Pacific Islands

In 2015, Palau experienced a Chinese influx, having opened its borders to direct charter flights from mainland China, Macau, and Hong Kong. Many Chinese “investors” paid large sums of money to obtain land and building leases. Many of those buildings and lots have since been abandoned, but are still under lease agreements for the next 50 to 99 years.

Recently, Palau has experienced a surge in illegal online gambling operations. In January 2020, law enforcement busted three different operations, and more recently, in June 2020, another operation was busted. There is evidence that these operations are still up and running in several hotels and establishments throughout Palau. The operators of these gambling schemes are young Chinese men and women, most likely victims of human trafficking, recruited from other gambling operations that were recently shut down in Cambodia and other countries where online gambling is illegal.

Drug trafficking has also become a widespread problem in Palau. The most popular drug, methamphetamine (ice), is brought into Palau from China, the Philippines, and the U.S. Palau’s Narcotics Enforcement Agency is composed of eight officers, tasked with protecting a population of 20,000 people from the effects of this deadly drug. The NEA is aiming to protect children from drugs and criminal activities by implementing the Law Enforcement Explorers Program (LEEP) and the Judo for Kids program.

Considering the greater context, it is easy to understand why Kiribati and the Solomons changed their diplomatic allegiance to China. They needed assistance for economic development.

Most Pacific Island nations have the serious problem of a fast-growing population ー youth under 25 years of age make up more than 50% of the total population ー but a limited amount of land, and there is not enough employment for them. The government does not have the budget for public infrastructure projects which traditionally support such a growing population.

Australia National University intelligence expert Dr. John Blaxland has proposed to the Australian government the idea of a ”compact” for the Pacific Islands. In particular, it would target the participation of small micro states, such as Kiribati, Tonga, Tuvalu, and Nauru.

The idea behind it is that Australia would enter into compact agreements with some Pacific Island nations and work cooperatively with them to look after their population, infrastructure, especially their huge EEZs which at present are an almost lawless area.

A “compact” or “free association” is something which has already been arranged between the U.S. and Palau, Micronesia and the Marshall Islands. Moreover, New Zealand pioneered the Free Association with the Cook Islands and also with Niue. These island states are keen on keeping this special political relationship. So why not Australia with Kiribati and the Solomons? Even with Fiji, Tonga, or Vanuatu?

In line with this idea, Japan, as a maritime nation, should actively aid Australia’s island nations support system and similar political ties (free coalition, friendship agreement, etc.) formed by the United States, New Zealand, and France with the Pacific islands.

The Japan Aerospace Exploration Agency has been developing an earth station at Christmas Island over the last few decades. So why can’t NASAl, the Australia space agency, and JAXA strengthen their activities to include looking after the islands’ populations?

Dr Rieko Hayakawa is a Japanese scholar with an expertise in Pacific security, ICT4Development and ocean law.  She is also involved in community activities on Japan-ASEAN youth under the Prime Minister’s Office. Co-author Jennifer L. Anson is the executive director of the Anti-Human Trafficking Office of the Ministry of Justice, Republic of Palau. She is also a 2012 Olympian (Judo) for Palau at the London Olympic Games. A graduate of the University of West Florida, including graduate studies in psychology, she has also held other professional positions in the Palau Ministry of Justice.