China’s Coercive Posturing in the Senkakus: A Quest for Dominance 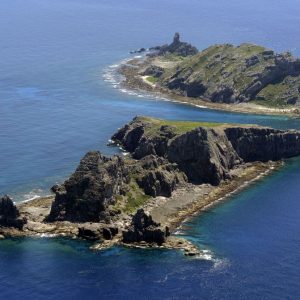 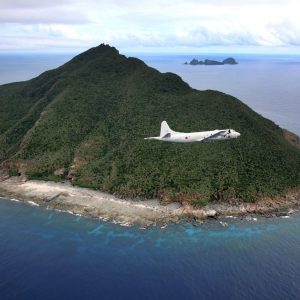 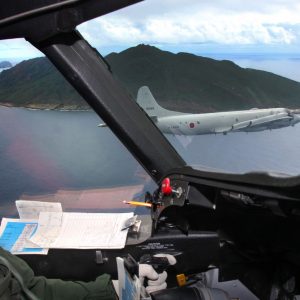 On September 14, 2012, China dispatched six maritime surveillance cutters to the territo­rial waters of the Senkaku Islands for the first time. The incursions were China’s angry response to the Japanese government’s purchase of the Senkakus from private owners, an act of “nationalization” that Beijing considered illegal and invalid. These initial intrusions inaugu­rated regularized “patrols” and a virtually constant Chinese presence in the islands’ adjacent waters that persists to this day. In response, Japan has been contesting each infringement by monitoring, trailing, and warning off the Chinese maritime law enforcement ships.

It is a testament to Beijing’s skill in creating a new normal in maritime Asia that the rest of the world, including Tokyo, has seemingly come to accept this protracted faceoff as a fact of life and a permanent feature of Sino-Japanese relations. The real danger is that Chinese leaders could force even more change onto the uneasy status quo as the strategic balance tilts further in China’s favor. The pattern of Chinese behavior over the past seven years strongly suggests that Beijing will not stop advancing ever more ambitious aims.

Specifically, China has pursued a strategy of coercive posturing that involves the coordinated use of national power to achieve key objectives over the Senkakus. If successful, such a strategy could open strategic space for Beijing to achieve dominance over the East China Sea, a most worrisome prospect for Japan. Policy makers in Tokyo and Washington thus must be alert to the contours and the future direction of China’s coercive posturing in order to devise effective allied countermeasures.

For decades, Beijing has repeatedly affirmed that the Senkakus are Chinese territory, leaving little doubt that China would go to great lengths to defend its claims. Given that Japan has thus far refused to concede that a territorial dispute even exists, Beijing, at a minimum, seeks to contest Tokyo’s sovereign claims. The ongoing cat-and-mouse game between Chinese and Japanese coast guard vessels has already forced Japan to settle tacitly for what amounts to a de facto joint administration of the waters around the Senkakus. An irreversible Chinese control of the islands through outright conquest or strategic osmosis — a process detailed below — would represent the maximum territorial goal for Beijing.

Beyond the rivalry over the islands and the surrounding seas, the Senkakus crisis is a micro­cosm of the larger strategic competition between China and Japan. Beijing’s actions over the Senkakus should be viewed as an alliance-wedging strategy designed to test United States security commitments to Japan. China’s ability to push back against Japan also visibly demonstrates Beijing’s emergence as a major maritime power and signals its prospective dominance of the East China Sea. Compelling Japan to acquiesce to China’s strategic prerogatives in maritime Asia would represent a major step toward regional hegemony.

China’ strategy over the Senkakus can be understood as the comprehensive and integrated exercise of national power to engage in coercive posturing. This posturing involves the display and positioning of military and non-military forces, the generation of “noise” and friction through public diplomacy and media outlets, and the advancement of various (and frequently spurious) jurisdictional and legal claims.

These active measures collectively help China to change the status quo, to alter the regional balance of power, and to set the stage for achieving larger strategic ambitions, including dominance over the East China Sea. Each element of Chinese power forms a layer of influence and coercive potential around the disputed features designed to incrementally push out Japan both physically and symbolically. Over time, the effective exercise of Chinese capabilities and authority could render Tokyo strategically irrel­evant around the Senkakus and in the East China Sea more broadly.

Some tools and tactics enable China to apply just enough pressure to sustain the standoff and to escalate or to deescalate tensions when circumstances warrant. China’s military and non-military forces, for example, engage in demonstrative displays of aggression to signal Beijing’s resolve while falling short of redlines that might trigger escalation or conflict. Other Chinese instruments of statecraft, such as diplomacy and jurisdictional claims, create an atmosphere of perpetual friction.

Chinese media, in the meantime, maintains a steady drumbeat of support for Beijing’s position and maritime activities while attacking the legitimacy of Japanese claims and actions. The ever-present possibility of deterrence failure hangs over the scene of action, forcing Japan to stay alert and on edge. There is thus a powerful psychological element to the confrontation, whereby a seemingly unending stalemate could induce fatigue, wear and tear, dread, uncertainty, and a loss of confidence on Japan’s part.

To implement this strategy, the China Coast Guard (CCG), the maritime surveillance and law enforcement service entrusted to enforce Beijing’s claims, serves as the vanguard. By providing a near-constant presence around the islands, it is the most visible component of China’s strategy to keep the islands and the adjacent seas in dispute and to demonstrate Beijing’s administrative authority. Notably, from April 12 to June 14 of this year, CCG vessels operated in the contiguous zone, waters that extend up to 24 nautical miles from the Senkakus, for 64 straight days. This record-breaking feat illustrated the growing staying power of China’s seagoing vessels.

The fishing fleet, akin to a quick-response reserve force, can surge into the contested waters when necessary. It is the object of the CCG’s “protec­tion,” providing a major rationale for defending the nation’s “rights and interests” at sea. The People’s Liberation Army Navy (PLAN) acts as the backstop to these civilian and paramili­tary units by operating just over the horizon. It adds more rungs to the escalation ladder if the standoff escalates or if deterrence fails. Additionally, Chinese naval and air forces routinely pass near the Senkakus to conduct expeditionary operations, exercises, and training. These sorties compound the pressure on Japan to respond to Chinese activism in the East China Sea.

These concentric rings or layers of power can be tightened and loosened at will. China can tighten the noose to signal its displeasure and resolve on issues related (and not related) to the Senkakus, test the credibility of the U.S.-Japan alliance, and demonstrate growing Chinese prowess at sea. Conversely, China can loosen the noose to reward Japanese cooperation, signal Chinese willingness to entertain a rapprochement, and lighten the general mood in Sino-Japanese relations. The dispute, therefore, is about more than the islands themselves. It is a proxy for the larger struggle for mastery in maritime Asia.

The second part of this article will assess how these layers of Chinese power function, produce the desired strategic effects, comple­ment each other, and fulfill China’s strategy of coercive posturing.

Read part two of this series at this link.

This two-part article, drawn from a recent study entitled “Stealing A March,” is republished with minor editorial changes with permission. The full report is available at this link.

Toshi Yoshihara is a senior fellow at the Center for Strategic and Budgetary Assessments.