Lesson of Tiananmen Massacre: Democratization Can Never Grow Out of Chinese Civilization 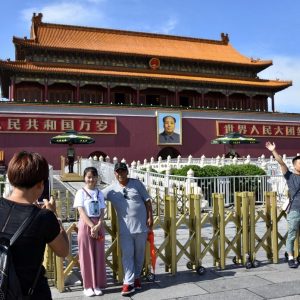 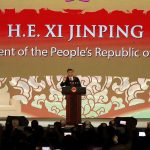 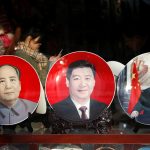 
Twenty-nine years have passed since the bloody crackdown on citizens and students seeking democratization in the Tiananmen Square Massacre on June 4, 1989. I would like to focus on the incident’s implications and ramifications in the context of Chinese history and the history of the world.

Looking back at the history of the world in 1989, it can safely be said that the democratization movements in China were linked with surges in protests against dictatorial regimes in the former Soviet Union and East European countries. The socialist systems, which were referred to as the 20th Century’s “greatest experiment of mankind,” became bogged down in the events of the era. Especially worthy of note in this connection are the shifts to liberal political systems—made peacefully almost without exception—by parts of the former Soviet Union, as well as socialist nations in the Eastern Europe and the Mongolian People’s Republic.

Those nations in the Eurasian Continent were successful in accomplishing the systemic transformation of their governing systems by choosing bloodless revolutions. That achievement was particularly remarkable in that it was based on each of the countries’ sincere reflections on the appalling consequences of the two world wars. At the same time, the Central Asian countries’ realization of independence as the Soviet Union collapsed also brought to the fore certain admirable features of the Soviet Union.

This was primarily because the Constitution of the Soviet Union included a stipulation that bestowed the right of separation and independence from the Soviet Union on the ground of the principle of self-determination of ethnic nationalities. In effect, the liberation of the Eurasian nations under the Soviet sphere was realized, in the true sense of the term, not at the initiative of Russian Communists, but by the collapse of the Soviet Union.

It is possible that the intellectuals interpreting the philosophy of Carl Marx and Vladimir Lenin “misread” from the beginning what the fathers of communism envisioned. For instance, the idealistic theory that the proletariat classes of the world could work together despite diversity among nations ended up failing due to its inability to transcend the barriers of nationalism.

Joseph Stalin was correct in proclaiming that a nation is united through a common psychology and economic foundation as well as a culture common to its members. Ironically, the fact that both the “exploiting class” and “proletariats” had a far stronger attachment to their national roots than affection toward their respective socialist comrades in a nation alien to them attests to the fallacy of the logic of class struggle.

The communist regimes vanished one after another from Eurasia “just like ghosts,” as initially predicted by Marx.

In turn, when we look back on what has happened in China since its authorities pointed guns at their own citizens and students in Tiananmen Square in 1989, it is the heterogeneity of China that stands out in comparison to other nations. Above all, the way China has violently squelched the legitimate rights of its own people runs completely counter to the worldwide trend toward democratization.

In his youth, Mao would pump up the morale of his revolutionaries by saying, “It is the warlords who oppress young students.”

However, Mao’s novel ideas of humanism espoused during the war died after the Chinese Communist Party he headed triumphantly entered Beijing and took possession of the throne, cherished, until shortly before their arrival, by the emperor of the Qing dynasty. Although they had vociferously advocated the principles of Marxism-Leninism, the Communist Party’s rise in China, after all, was nothing better than an old-fashioned dynastic change within an autocratic Chinese system that had remained unchanged over 2,000 years. This is the truth of the Chinese revolution.

One of the factors behind the recurrent acts of mass murder every time a change of dynasty took place is the lack of a feudal system, in the strict sense of the word, in Chinese history. This has been pointed out by such great scholarly masters as Karl A. Wittfogel and Tadao Umesao, who authored Oriental Despotism (Yale University Press, 1963) and An Ecological View of History: Japanese Civilization in the World Context (Trans Pacific Press, 2003), respectively.

The lack of a feudal system with decentralized political authority lends itself to the centralization of power and the development of individual dictatorships. Unable to shift the economy to capitalism, the path to affluence for ordinary citizens is also blocked. Despite its declared success in achieving the communist “revolution,” the country remains unable to transition into a democracy, while yielding such successive dictators as Mao Zedong, Deng Xiaoping, and Xi Jinping.

While one can play with the words “reform and open-door policies” and “socialist market economy,” in fact the current centrally controlled economy seems likely to continue, making it difficult to move forward with fundamental reforms such as the privatization of state-owned enterprises. The provenance of these structural problems all stems from the history of China. Although it may seem an inherent notion, I believe the modern world has yet to discover any good medicine to guide the old Chinese civilization into the modern world.

The significance of the Tiananmen incident in world history is that the massacre shattered excessive expectations in the United States, Europe, and Japan for the future of China. Until then, it had been expected that China would democratize sooner or later, should it become affluent. Today, China has “developed” to the extent that it boasts the world’s second largest gross domestic product. Yet, at the same time it has arrested large numbers of lawyers trying to protect the rights of Chinese citizens. And have you noticed any relaxation of the cruel suppression of Chinese ethnic minorities?

Certainly, some Chinese have become rich. Without a doubt, though, the only ones who became rich come from among the 80 million nationwide Chinese Communist Party members. The human rights of its general populace are not the priority of the world’s richest political party. Instead, the Chinese Communist Party is nothing but a community of interest eager to maintain the existing regime. Its party members comprise the economic “middle class” and, caught by the system, they can never become a force to push for democratization from within the regime, irrespective of how much their numbers swell.

This is simply because China's “middle class” lacks any political authority, while Xi Jinping sits atop the apex of the pyramidal dictatorial regime. Even if Mr. Xi disappears, however, the next “emperor” will also arise from the same soil of Chinese civilization.