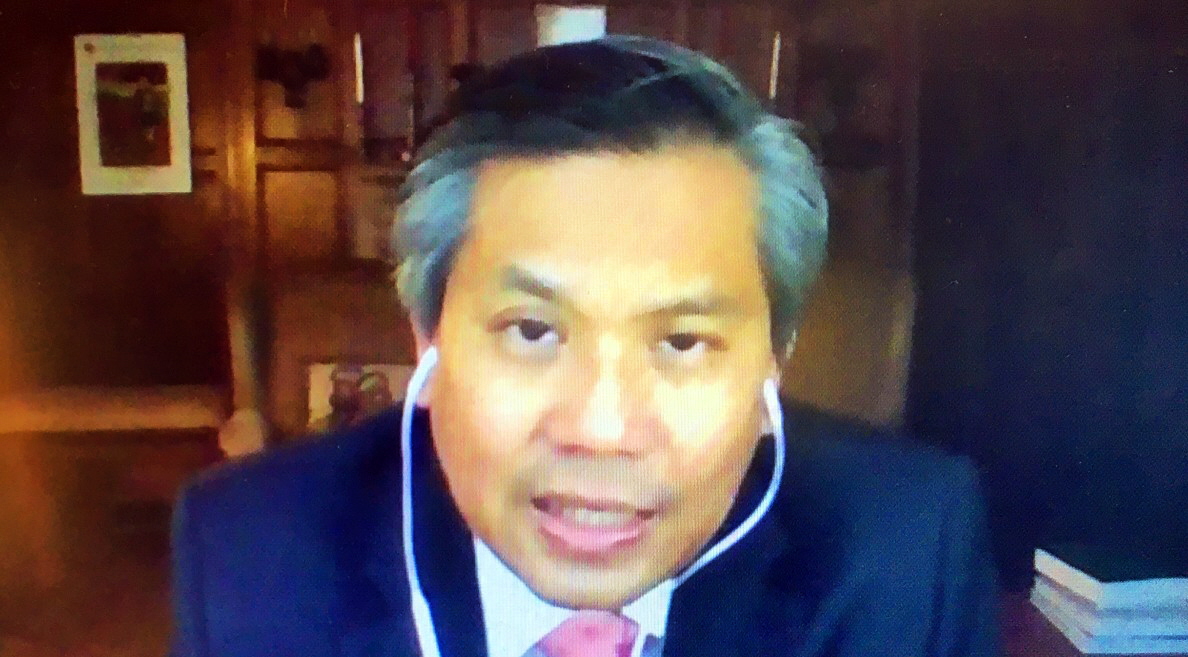 Eight months have passed since the Myanmar military grabbed power in a coup d’etat. We cannot help but think that support from the international community for the people of Myanmar, who have been critical of the coup and suffered at the hands of the military crackdown, has been extremely insufficient.

Leaders and representatives from more than 100 countries delivered speeches in the general debate of the latest session of the United Nations General Assembly, many of which included references to the situation in Myanmar. Regrettably, the debate came short of being an animated discussion, partly because many of the speeches were given by video.

Myanmar’s military junta usurped power by detaining pro-democracy leader Aung San Suu Kyi and other figures of Myanmar’s democratically elected government in the February 1 coup. The military has since carried out successive deadly crackdowns on protesters in the streets, including by indiscriminately firing live ammunition at them.

The brutal trampling of democracy is absolutely unforgivable. This is the message more leaders from U.N. member states should have sent in their speeches before the latest U.N. General Assembly.

Drawing attention in the debates was the question of whether Myanmar’s ambassador to the United Nations, Kyaw Moe Tun, might mount the podium to address the 193-member General Assembly. Appointed by the elected government of Aung San Suu Kyi, the ambassador had denounced the military takeover in an unofficial session of the General Assembly in the wake of the coup.

In the end, he refrained from addressing the General Assembly, even as he acknowledged that there was an agreement between the United States and China to the effect that Kyaw Moe Tun would be allowed to keep Myanmar’s seat at the world body as long as he did not speak during the annual high-level meeting of the U.N.

It is profoundly problematic that China has thrown its support behind the Myanmar military, acting in favor of the military behind the scenes in U.N. diplomacy. It appears that Beijing is attempting to expand its influence over Myanmar’s military regime.

The international community has never been indifferent to the Myanmar situation, as shown by the summit talks of Quad leaders in Washington in late September, where the joint statement of Japan, the United States, Australia, and India made it clear they were taking up the Myanmar issue.

Many countries, however, have been hesitant to act on their own initiative to address the human rights record and security situation in Myanmar, even while talking about the importance of these values.

Countries with strong ties to Myanmar, including Japan, should create a mechanism conducive to resolving the problem, in cooperation with the U.N. Security Council and the Association of Southeast Asian Nations.

According to local human rights groups in Myanmar, more than 1,100 civilians have been killed by the military and police since the coup began. The opposition National Unity Government of Myanmar, launched by pro-democratic forces in Myanmar, announced a “people’s defense war” on September 7, even saying it was ready to fight.

Myanmar has a history of protracted civil wars with minority ethnic groups. There can be no denying that the ongoing confrontation between the military and pro-democracy forces could develop into a large-scale armed conflict.

Now is just the time for the international community, including Japan, to take action to remedy the Myanmar situation.