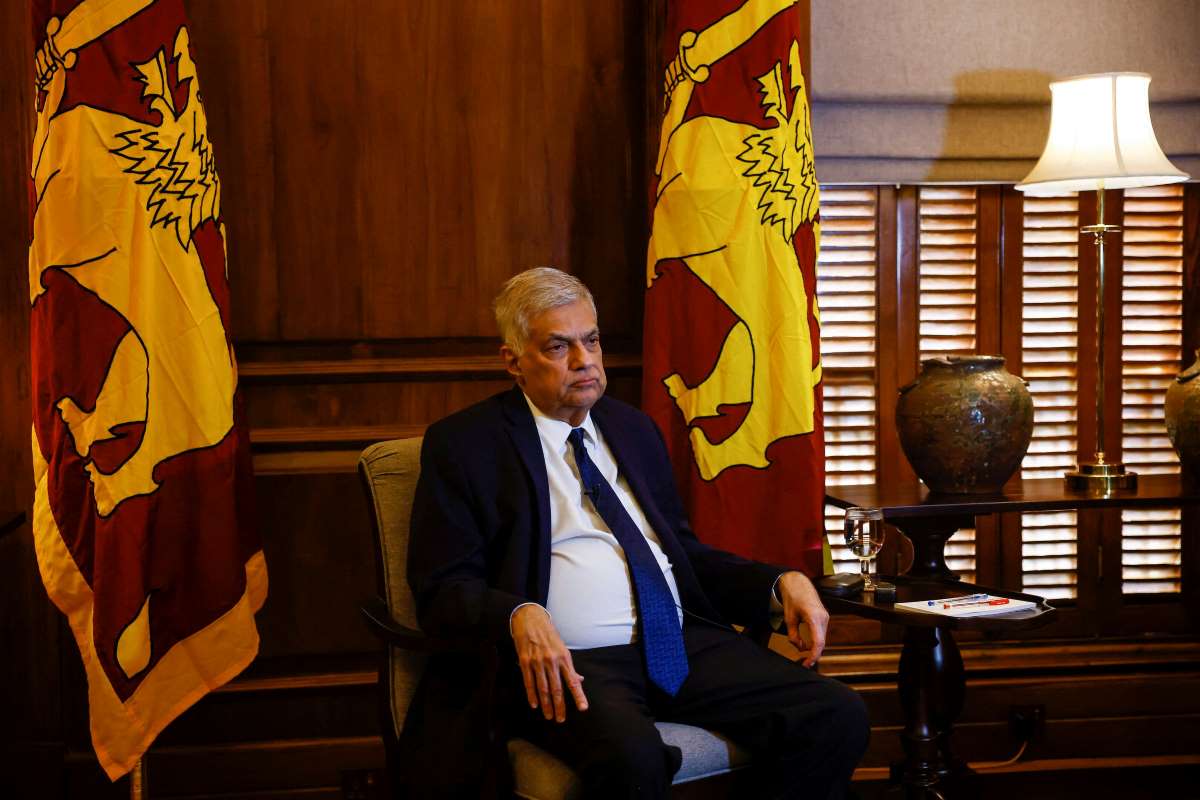 President Ranil Wickremesinghe of Sri Lanka, an island nation in the Indian Ocean on the brink of economic crisis, expressed his desire to ask Japan for help to lift the nation from its deep debt problems through debt restructuring talks and other measures.

The biggest factor in the crisis has been the personalization of politics by the former president’s family, supported by Chinese funds. Sri Lanka is a typical example of a country that has fallen into the “China debt trap,” where it has become heavily indebted due to Chinese loans it cannot repay and has finally ceded its national interests to China to pay back the loans.

Prime Minister Fumio Kishida should actively reach out to Sri Lanka on condition that the country eliminates China’s influence on its military and internal politics. The country is suffering from food and energy shortages, and there is not a moment to spare.

If Tokyo is able to help Sri Lanka out of its crisis, it could highlight how Japan and China differ in philosophy on aid and financing for developing countries.

Prime Minister Kishida delivered a keynote speech at the eighth Tokyo International Conference on African Development (TICAD8), which was held in the northern African country of Tunisia on August 27 and 28. He said, “We are emphasizing investment in people and the quality of growth.”

The problem in developing countries today is that many regimes are attracted to China’s massive loans because there is little risk of being scolded for their profligate finances or disregard for human rights.

For this reason, TICAD8 clarified its stance against China’s aid methods in the outcome document. It noted the importance of “sound development finance that adheres to international rules and standards.” It also emphasized “an environment that does not rely on unfair and opaque financing.” This is entirely appropriate.

The Hambantota Port in southern Sri Lanka was developed under the leadership of the former president’s family with Chinese aid. However, five years ago, the Sri Lankan government, overburdened with a heavy interest rate, transferred the 99-year right to operate the port to China in exchange for debt repayment.

In August, a survey ship of the Chinese military arrived at the port, causing a major commotion.

China has stated that its military will not use port facilities it has acquired as concessions in the countries for which it provides aid, when the concessions are in exchange for debt repayment. In the end, however, China seems to be aiming at creating a new military base.

We must share our apprehension with many countries regarding China’s ambition for maritime hegemony.

(Read this editorial in Japanese at this link.)