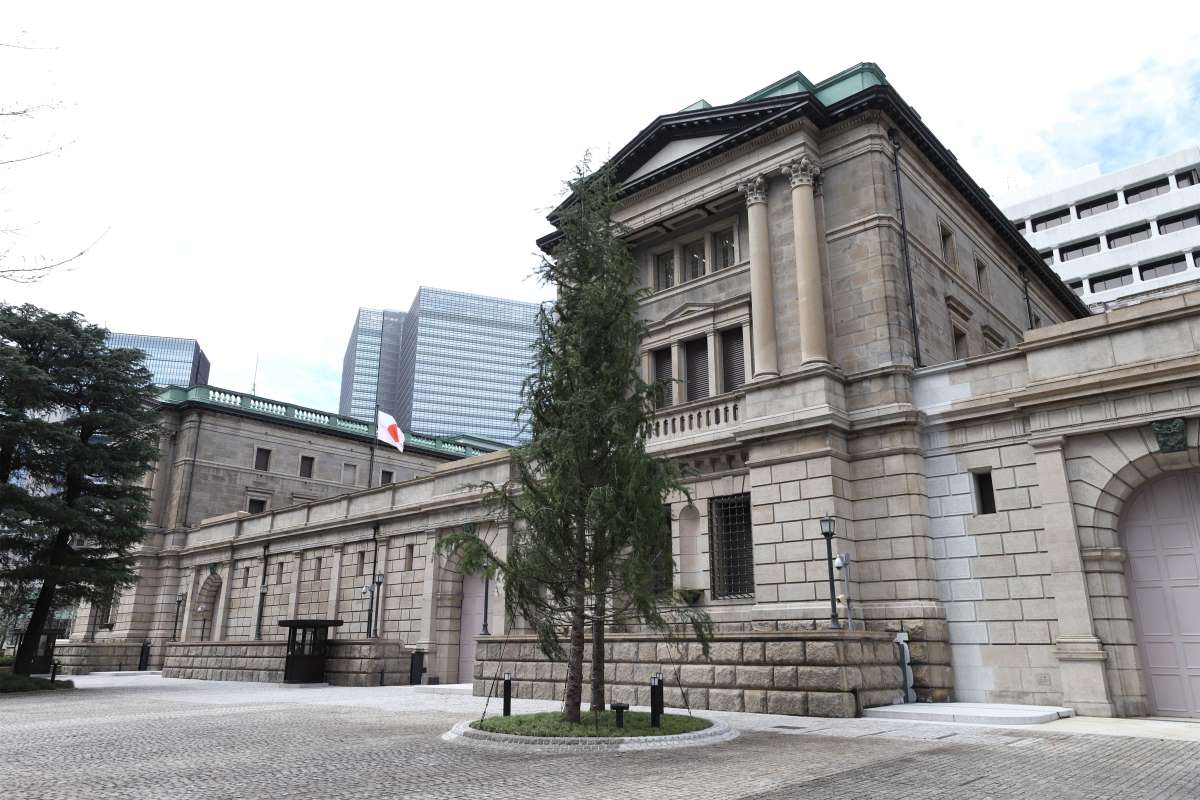 The Bank of Japan (BOJ) on Thursday, December 15, adjusted its policy concerning its large-scale monetary easing strategy. It did so by expanding the range of long-term interest rate fluctuations allowed for policy purposes.

Specifically, Japan’s central bank said it would allow a wider band for long-term interest rates to move within by raising the ceiling from around 0.25% to about 0.5%.

Markets were quick to interpret the amendment to the BOJ’s yield control policy as a de facto interest rate increase.

What the BOJ Has Been Doing

The BOJ has for some time been artificially suppressing upward pressure on long-term interest rates. It's done this through massive purchases of bonds issued by the Japanese government (JGBs).

That strategy, however, has distorted the price formation function of the bond market. The bank now apparently aims to correct the situation by raising the interest rate ceiling.

Nevertheless, it is hard to fathom why the BOJ made the decision at this time since the adverse impact of monetary easing on market functioning has been pointed out over a long time.

Even if there are increasingly serious concerns about the economy, the abruptness of the BOJ’s decision to raise the ceiling — something it had steadfastly refused to do in the past — inevitably has caused confusion.

The current term of BOJ Governor Haruhiko Kuroda ends in April 2023. One reason increased attention is being paid to the BOJ's monetary policy is the rampant speculation that the current monetary policy championed by Kuroda may be reevaluated under his successor.

Now, more than ever, we would like to see the BOJ act more prudently when disseminating information and managing policy.

Long-term interest rates spiked in response to the BOJ decision. So too did the value of the Japanese yen. Meanwhile, stock prices in Japan plummeted.

Apparently the decision came as a complete surprise to market participants who expected that there would be no adjustments to BOJ policy while Kuroda remained in office.

That is why Governor Kuroda rejects the market's view that the interest rate has effectively been raised.

This distinction is hard to understand, especially because in news conferences and on other occasions in the past Governor Kuroda himself expressed the view that adjustments of this kind would be equivalent to interest rate hikes. He should give a more convincing explanation for the lack of consistency in his own statements on the subject.

The BOJ believes that reversing the decline in market functions will make it easier for companies to arrange financing and so on. Thereby, he believes, the policy would boost economic growth.

But won’t higher interest rates have an adverse effect on corporate borrowing? These are also things that Governor Kuroda and other BOJ officials should carefully consider.

Unlike central banks in Europe, the United States, and other countries that have opted to raise interest rates in response to inflation, Japan alone has been slow to recover from the ravages of COVID-19. It therefore has had no alternative to sticking with its easing policies.

Be that as it may, the day will come when Japan too will have to discuss an "exit strategy" from its monetary easing policies. We must also keep this in mind as we finely attune the implementation of monetary policy.