Kishida or Sunak: Which PM Will Last Longer Amid Volatile Economy? 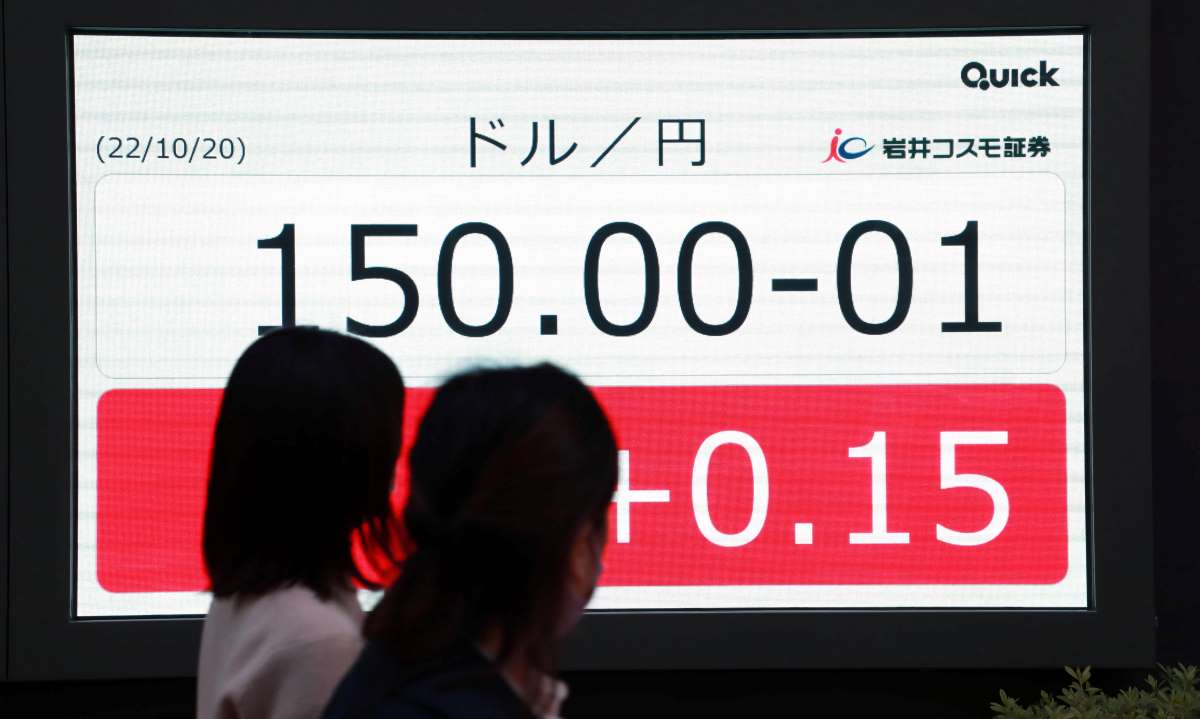 A street monitor showing the depreciation of the yen to ￥150 to the US dollar on the afternoon of October 20, 2022 in Tokyo's Chuo Ward. (© Sankei by Hideyuki Matsui)

Once upon a time, Japan stood out for its rapid turnover of prime ministers, whereas British politics was generally stable, with leaders Margaret Thatcher and Tony Blair holding office for 11 and 10 years, respectively.

No longer. Rishi Sunak has just become the United Kingdom's fifth prime minister in six years. And Chancellor of the Exchequer Jeremy Hunt is the fourth person to hold the position this year (2022). As has usually been the case in Japan, all this turbulence at the top has happened not because of a change of government, but while the same party was in power.

Meanwhile, the Japanese yen has fallen sharply on the foreign exchange market against the rampant US dollar, from 115 at the start of the year to 150 in late October.

At first sight, these two phenomena seem to be entirely unrelated. But political and financial instability often go together. It was during Japan’s "lost decades" of deflation and banking crises that prime ministers came and went so quickly that it was hard to keep track.

Good financial conditions often coexist with political stability. Over the past 40 years, there have been 21 Japanese prime ministers. but only three served lengthy terms in office: Yasuhiro Nakasone (1982-1987), Junichiro Koizumi (2001-2006), and Shinzo Abe (2012-2020). It is no coincidence that powerful bull markets took place during their stints in power.

The Japanification of British politics is happening because political leaders are as helpless in the face of the challenges they face as Japanese politicians were in the 1990s. The choices are between bad and very bad. But Britain is hardly alone in its predicament.

More or less the entire Western world adopted the super low or negative interest rate regime that came into favor after the Global Financial Crisis of 2008. Likewise, most of the world has experienced a sharp rise in inflation caused by the "free money" that central banks handed out to cushion the effects of COVID-19 restrictions.

Now we have the blowback.

The shift from near-zero interest rates to 4.5%, in the case of a two-year United States bond, has been stunningly fast by the standards of monetary policy. The result has been an extraordinary surge in the value of the dollar.

In terms of the real effective exchange rate — which takes inflation into account and measures against the currency of all trading partners — the dollar has only been stronger than it is now 3% of the time since the dawn of floating currencies in 1971.

Caught Off Guard by Their Own Decisions

It takes a year or more for monetary policy to have its full effect on an economy. The inflation gripping the world today is the result of actions that the world’s central bankers took in 2020 and 2021.

Despite all their experience and the intellectual resources at their disposal, they didn’t see it coming. Are they now making the reverse mistake — tightening too fast and driving the world economy into a nasty recession? It’s quite possible.

After the Global Financial Crisis, the world was pulled out of a slump by double-digit growth in the Chinese economy and explosive mass demand for mobile devices. We may not be so lucky the next time around.

Indeed, there are three new problems that will complicate the already tortuous task of crushing inflation without crushing growth.

The first is the hardening confrontation between China and the United States and its allies. Recent events would seem to put the two countries on a collision course. Events such as America’s adoption of much tougher restrictions on tech exports. And the removal of moderates and pragmatists from the upper reaches of the Chinese Communist Party.

Second, the Ukraine war is evolving into a proxy war between Russia and the United States in which neither side can afford to back down. This has obvious implications for energy costs.

Thirdly, Japan and several other countries are going to find it immensely difficult to meet the "net zero carbon footprint" commitments that their governments have made.

Turning the Yen Into Opportunity

In this treacherous economic landscape, nobody looks good. But Japan’s weak yen is a tiny problem, if indeed it is a problem at all.

Yes, Japan’s consumer price index is currently rising at 3.0%, but that massively overstates the outlook. Market expectations — as measured by the difference in yield between regular government bonds and those that are protected from inflation — are for annual inflation of a mere 0.9% over the next 10 years.

In other words, the consensus of investors, as revealed by their actions, is that the Bank of Japan is nowhere near hitting its target of 2% inflation on a sustainable basis.

So what should Japan do about the yen? The answer is nothing. In fact, it should stop intervening in the currency markets, which rarely has any lasting effect. And it should stop reducing the available supply of yen, which constitutes a tightening of monetary policy.

In the case of the weak yen, the winners are exporters and global companies — in other words, Japan’s blue chip champions.

Yet, such is the competitive edge that the severely undervalued yen creates that smaller companies may find it worth their while to venture into overseas markets too. In what is likely to be a tough and volatile economic environment, the weak yen could turn out to be a blessing.

There is always a possibility that the central banks successfully soft-land the global economy and political stability is restored. But that seems unlikely.

As to which prime minister lasts the longer, Kishida or Sunak, I would put my money on the former.