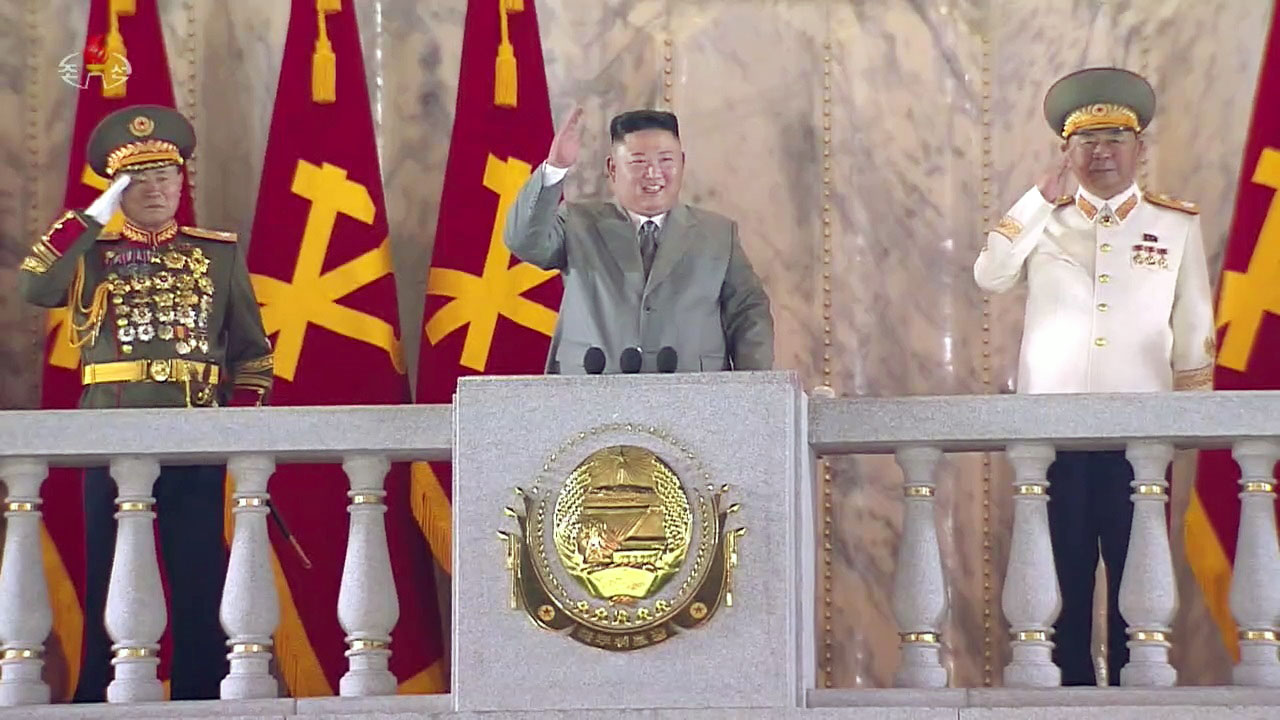 The North Korean dictator Kim Jong Un was elected as general secretary of the Korean Workers’ Party at the congress on January 10, taking the title over from his late father Kim Jong Il.

The leader of the hermit state admitted that North Korea’s five-year economic plan had “failed to meet its targets in almost every sector,” and that the country was undergoing serious economic hardship.

This kind of threat of preemptive use of nuclear weapons is totally unacceptable.

He stated that development of ICBM with multiple warheads was in the final stages. He also added that he planned to achieve early introduction of hypersonic gliding-flight warheads, in addition to possessing nuclear submarines and intelligence satellites.

The North Korean leader also appears to have removed his sister, Kim Yo Jong — widely regarded as the country’s number 2 — from her senior political role in what is effectively a demotion.

Showing Off His Military Hardware

A military parade was held in North Korea on January 14.

The parade was a business-as-usual event, showing North Korea clinging onto nuclear weapons and missiles under Kim’s dictatorship. It was designed to give the impression the country was on top of COVID-19 and the issue of United Nations sanctions.

North Korea wants to let the incoming U.S. Biden administration know it has nuclear weapons and missiles. The hermit state has engaged in military provocation at a time when negotiation with the U.S. is what is wanted. The world must remain vigilant for possible ballistic missile launches by North Korea.

The global community should increase pressure on North Korea.

Strict sanctions must continue — unless the country abandons its nuclear weapons and missiles and releases all the Japanese abductees — making it very hard for North Korea to keep going, and thereby forcing Kim to realize he needs to change his stance.

U.S. President-elect Joe Biden recently described Kim Jong Un as a “thug.” We want the incoming Biden administration to take the lead in increasing pressure on North Korea, based on this accurate observation, after the inauguration on January 20.

Kim also cozied up to China, stating that “China and North Korea are inseparable and share the same destiny.” President Xi Jinping sent a congratulatory message to Kim upon becoming general secretary.

We must not have a situation whereby China ignores U.N. sanctions and supports North Korea.

(Read the original editorial in Japanese at this link.)