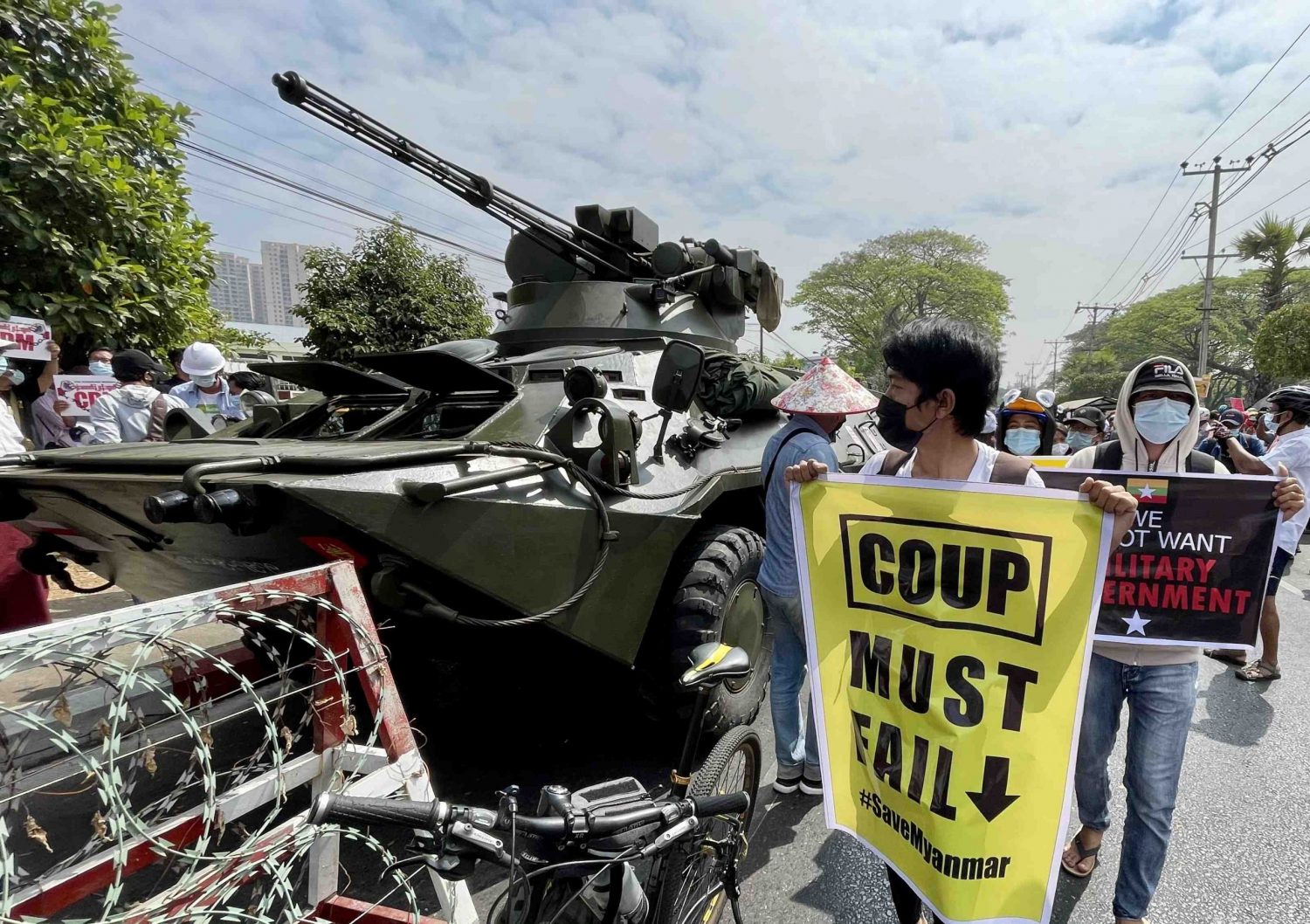 In the wake of the coup d’etat carried out by the armed forces in Myanmar, the de facto leader of the government, Aung San Suu Kyi, remains under house arrest.

In response, demonstrations against the military’s actions are staged daily in various parts of the country. Even Buddhist monks have joined the protests. In a country where 90% of the population are devout Buddhists, their influence on public opinion should not be underestimated. Moreover, doctors, bank employees, public servants, and other professionals have reportedly abandoned their workplaces as the civil disobedience movement gathers steam.

The majority of Myanmar’s people clearly do not support the coup. Myanmar’s military must release Suu Kyi and other detainees and return power to a democratic order.

The military junta says that Suu Kyi is under suspicion of having illegally imported and used walkie-talkies. She is now reportedly facing additional charges which would allow her to be detained indefinitely.

The junta has taken great pains to say that the arrests are legally justified. But they are only fooling themselves if they think the people of Myanmar and the international community will accept this preposterous claim. Little wonder British Prime Minister Boris Johnson scoffed at the new charges against Suu Kyi as “fabricated.”

A military spokesman has criticized the protest movement as a trigger for violence. Armored military vehicles have appeared on the streets of Yangon, Myanmar’s largest city. In the past there had been tragic cases of military forces firing indiscriminately on demonstrators. The military must not again resort to violence to maintain power.

The military ruled Myanmar for half a century following the 1960s. No doubt the junta is convinced that it can once again rely on brute force to suppress the demonstrations.

However, the citizens who have now taken to the streets to protest have experienced close to a decade of civilian government. And it was the shift to civilian government that led to the lifting of sanctions on Myanmar by Western nations and the subsequent opening up of the country. Hopefully, the military will reconsider and take these facts into account.

Keeping the detainees locked up for a prolonged period is totally unacceptable. The international community must do everything it can to curb the Myanmar military’s use of force, while working for the restoration of a democratic political order in that country.

It is incredible that China and Russia refuse to label the events transpiring in Myanmar as a coup d’etat. Likewise, the Myanmar military itself adamantly claims that it is “not a coup.”

With China and Russia holding permanent seats in the United Nations Security Council, that body has limited its response to press reports to statements that do not use the terms “coup d’etat” or “criticism.” Nor does it incorporate the resolution calling for Suu Kyi’s release issued by the U.N. Human Rights Council.

Myanmar shares a border with China and is important geopolitically as an outlet to the Indian Ocean. It must be aware of the constant pressure coming from Chinese expansionism. In recent years, Myanmar has tried to distance itself somewhat from its giant northern neighbor, no doubt due to concerns about becoming overly dependent on China.

If even so the junta is now looking to China for support, that would amount to an unforgivable betrayal of the people of Myanmar.