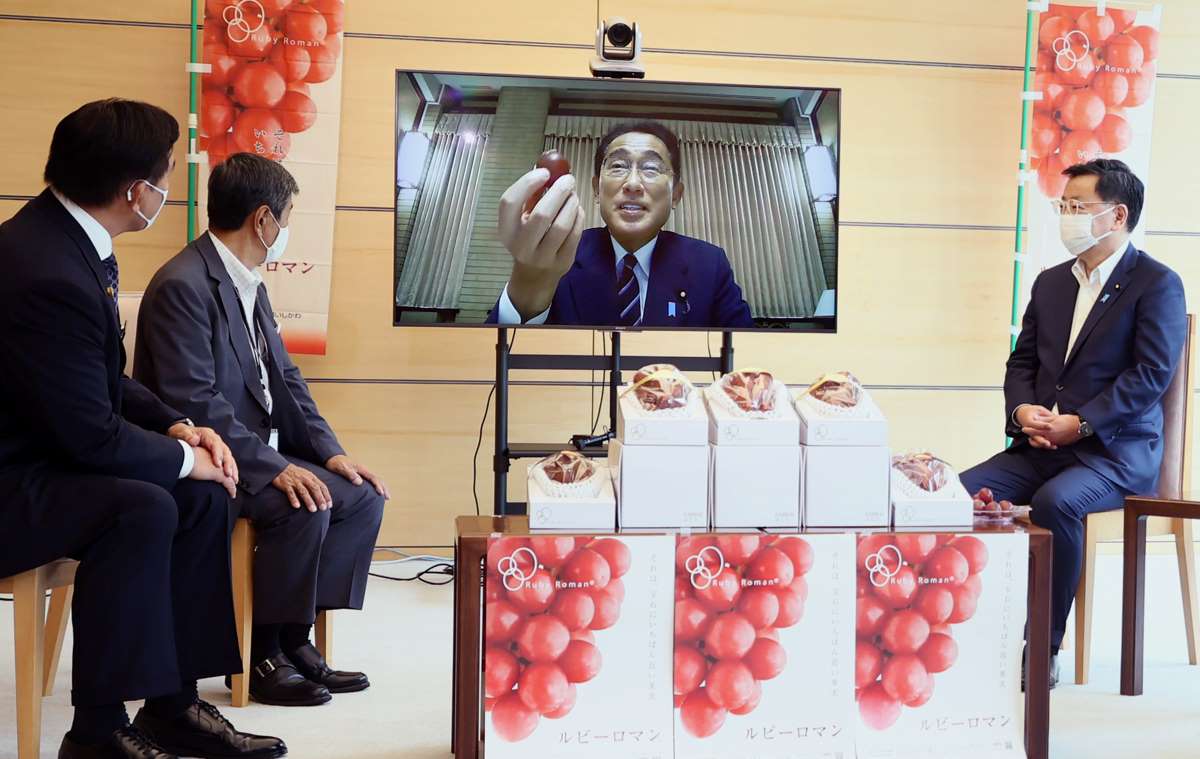 Ruby Roman grapes from Ishikawa Prefecture are an ultra-luxury fruit sometimes likened to precious jewels, fetching over ￥1 million JPY per bunch (about $6,900 USD) in the first auction of the year.

However, grapes sold under the same name were found in South Korea. And when DNA testing was carried out on some of the locally purchased grapes, it was revealed that their genotypes matched those grown in Ishikawa Prefecture. It is believed that the fruit made their way to Korea as seedlings.

Brand agricultural products are valuable Japanese intellectual property. The Japanese government and prefectures have a responsibility for thoroughly protecting them, but the reality is they are simply standing idly by.

Ruby Roman grapes are the fruit of 14 years of hard work by Ishikawa Prefecture, and are grown only by licensed farmers in the prefecture who have signed a contract prohibiting the transfer of seedlings to third parties.

Taking seedlings out of the country has been prohibited since April 2021 under the revised Plant Variety Protection and Seed Act. But because the process of grafting seedlings to harvesting of grape vines takes several years, it is believed that they were smuggled to South Korea before the law was revised. Cultivation is thought to be possible simply by grafting using a single branch of the smuggled vine.

Moreover, the name Ruby Roman has already been trademarked and registered in South Korea, making it impossible to stop cultivation of the grapes. This is because Ishikawa Prefecture had assumed that the grapes would only be sold domestically and did not register a trademark.

What's Different About the Offending Grapes?

In Japan, Ruby Roman grapes must meet specified standards, including that each grape must weigh at least 20 grams and have sugar content of 18% or higher. But none of the South Korean grown grapes meet these requirements.

If such substandard products under the same name were to go on the market even outside of South Korea, it would cause great damage to the brand value.

Ishikawa Prefecture had considered emphasizing the quality difference in overseas marketing. However, they resisted doing so out of concern that they could be accused of obstructing business by the South Korean side, which owns the registered trademark.

Instead, the prefecture is now working on its second option: registering the trademark for its Ruby Roman grapes in some 50 countries and regions including Singapore, which is believed to be South Korea's export destination. This alternative plan would protect the brand by disrupting the export of grapes from South Korea.

Shine Muscat grapes, another Japanese premium variety, are being cultivated in China on a massive scale over an area about 30 times larger than that in Japan. The loss in earnings is believed to be costing Japanese agriculture more than ￥10 billion JPY ($69 million USD) a year.

Protecting agricultural brands should not be left to the individual producers and prefectures. The government of Japan should come up with measures to collectively protect the intellectual property of Japanese products.