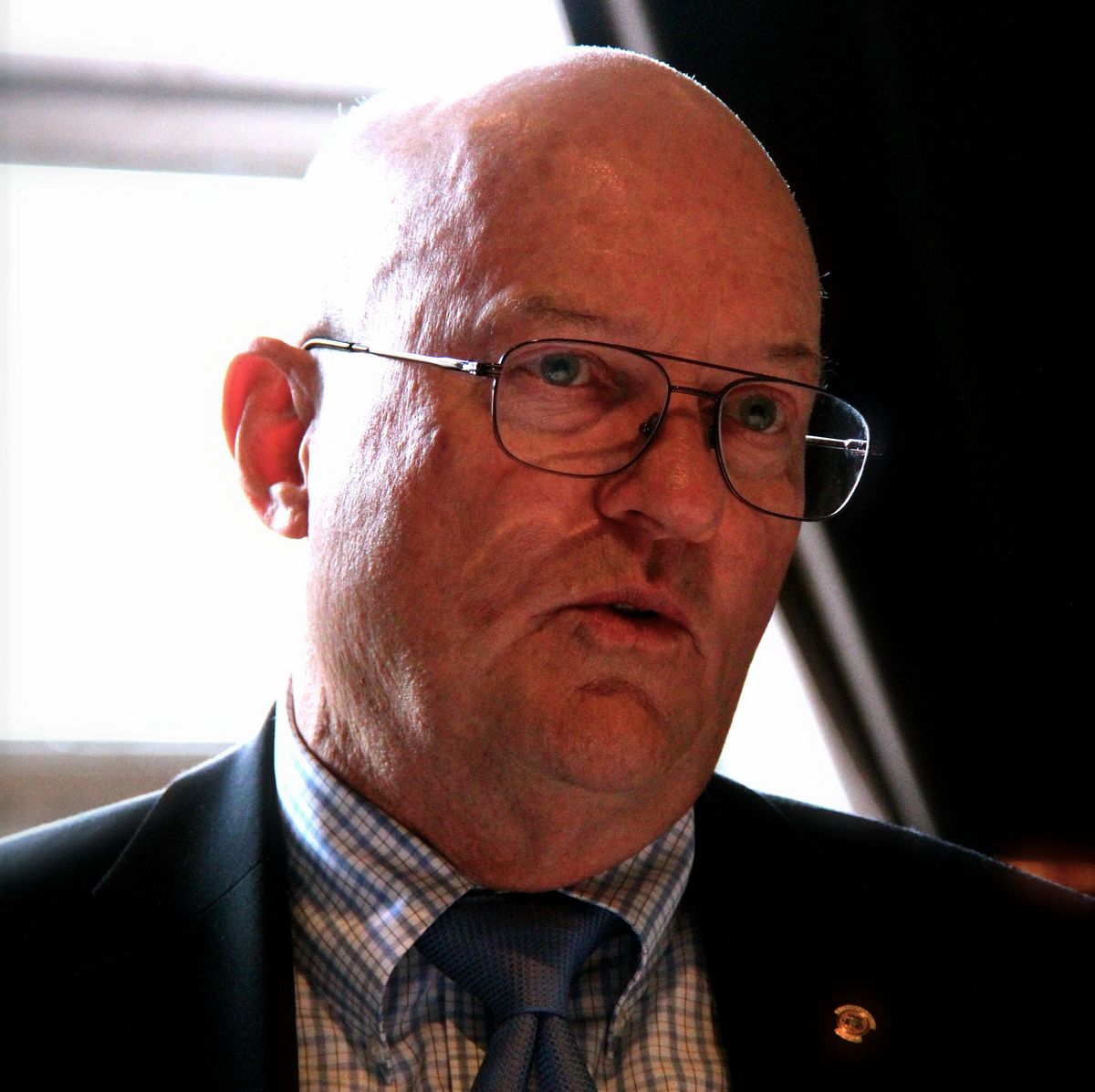 The catastrophic Russian incursion in Ukraine seems never-ending. Seven months ago in February, however, most Western policymakers and the intelligence community could not have anticipated the continuation of such full-blown warfare between the two sovereign states. Even as Moscow launched its initial attack in February, no one believed the event would take the devastating course the world has since witnessed.

With the North Atlantic Treaty Organization (NATO) and the United States reluctant to commit ground troops in Ukraine and the West's multiple failed attempts at brokering a peace deal, Kyiv is confronting a remarkably tough situation. While Ukrainian President Volodymyr Zelenskyy displays a firm commitment to defending his motherland, Russian President Vladimir Putin's aggression appears to heighten daily, as illustrated by his recent nuclear threat and ruthless land grab.

The international community, including both warring states, has been pondering when and how this cataclysmic conflict could be brought to an end.

JAPAN Forward recently took advantage of an opportunity to interview (virtually) Lawrence Wilkerson, retired US Army Colonel and former chief of staff to United States Secretary of State Colin Powell. Colonel Wilkerson shared his reflections on this and other matters contributing to the critical security crisis our world faces today.

Colonel Wilkerson's military career spans over 30 years, from voluntary service in Vietnam to deployment in United States Navy's Pacific Command in South Korea, Japan, and Hawaii. He currently works as a defense analyst and distinguished professor of government and public policy at the College of William Mary.

What is Vladimir Putin's ultimate motive? How will this war play out in the coming weeks, and will it ever end?

While no one can truly know his true motives ー other than Putin himself ー there is reason to think that, yes, what he has wanted since 24 February, when he launched the invasion, was the oblasts in eastern Ukraine where most of the Russian-speaking people reside. However, by taking this specific action, which the majority of the world views as illegal under international law, Putin has solidified his pariah status within the world community.

Even China and India have backed away from this action. China's policy has always been that territorial integrity and the accompanying sovereignty are sacrosanct in international law. It is, after all, Beijing's principal argument for its "ownership" of Taiwan.

Nonetheless, if the West is wise ー admittedly a huge "if" ー led by the United States and other long-standing NATO members, it will move to diplomacy with Russia and halt this needless carnage in the heart of Europe. Even if it has to drag Zelenskyy kicking and screaming to the negotiating table.

There are far more important challenges in the world today than Ukraine. And the conflict there is diverting attention from, and indeed increasing the existential nature of, two of these challenges: nuclear weapons and the evolving climate.

Russia has indicated its willingness to use the nuclear option, if necessary, to protect its perceived territorial integrity. Is Russia's use of tactical nuclear weapons plausible?

No, it's not. I won't rule out such an insane action if Putin senses he might fall from power if he doesn't "win" in the Ukraine conflict. But I don't believe it will happen.

The very fact that it could happen, however, should sober all those in charge of the Western governments, as well as the Duma members in Moscow, and all Russian citizens.

Some experts, noticeably John J Mearsheimer, have accused the West of fostering a hostile environment since 2008, eventually leading to Putin's aggression. What is your take on this view?

John is fundamentally correct. The reckless expansion of NATO, started by US President Bill Clinton and continued by every president afterward, was the principal reason for Putin's invasion of Ukraine.

The president whom I directly served, George W Bush, even traveled to Tbilisi, Georgia, and in public there declared that Georgia would be a member of NATO in the future. This declaration was pure idiocy and extremely unwise.

You will recall that Putin immediately took military action. In 2021, the European Court of Human Rights ruled that Russia still retained direct control over some of this territory.

Putin cited the "Kosovo precedent" to justify Russia's full-fledged support for the independence of Donetsk and Luhansk, and said the United States created a "nuclear precedent" by bombing Japan. Are the misdeeds in American history backfiring in recent years?

To a degree supported by history, yes, Putin does have a point on both issues.

First, the Kosovo precedent ー again the fault of President Bill Clinton ー stands out as a flagrant slap in the face to Moscow. Moreover, Kosovo is little more than a basket case of crime and corruption today and hardly an example of state-building success by the US, NATO, or the United Nations.

The Serbs virtually own the northern portion of Kosovo and the unrest there could erupt in major bloodshed at any time. Russia is a major supporter of those Serbs.

As to the end of WWII, there is clear archival evidence that the United States' use of two nuclear weapons, on Hiroshima and Nagasaki, might have been unnecessary to the surrender of Japan. That the weapons were primarily a demonstration to intimidate Stalin and stop his forces from going any further toward the English Channel in 1945, looms large in some historians' minds as well.

Regardless of how one feels about such comparisons, Washington has very little, if any, empathy for other world leaders and their populations, particularly if we have declared them our enemies. Often [Washington's] perception of events is their reality. But we rarely recognize that fact.

Even if such perceptions are untrue, or are more complex than people's beliefs, they still color majorly others' perceptions of America.

Some experts warn that Russia's incursion in Ukraine encourages like-minded regimes to take similar actions. What lessons are other similar regimes (that is, North Korea, Iran, China) acquiring from the Ukraine crisis?

I don't think the Ukraine conflict encourages any other state to embark on such an endeavor, despite the disaster it is for Moscow. If anything, it likely discourages such actions.

North Korea, as evidenced by its missile firings such as the most recent ones over Japan, is seeking attention ー such as it received under US President Donald Trump. Since then, North Korea has been largely ignored.

Kim Jong-un cannot tolerate being ignored, so he is doing all he can to gain the world's attention again, particularly Washington's.

Iran's government is perhaps fighting for its life at the moment after the brutal death of the young Kurdish woman, Mahsa Amini, at government hands. Besides, Iran has not executed an unprovoked attack on any state since the 1979 revolution established the present state.

The United States has refused to commit any ground troops in Ukraine and take any direct military actions in the conflict. NATO has shown equal reluctance to commit its armed forces. What impact does this have on America's traditional allies in East Asia, particularly Taiwan?

I don't believe it has any impact other than to convince them at the least of the pragmatism of the present government in Washington. To enter directly into the conflict in Ukraine would be tantamount to starting World War III.

US actions in Ukraine are pragmatic, not reluctant. In fact, short of sending its own military ー a surefire way to start WWIII ー the United States has held almost nothing back, particularly dollars and high-tech armaments.

Again, nothing that would threaten Russia directly, such as long-range bombers, but much else. It's a balancing act to avoid threatening Russia directly while at the same time giving Ukraine enough to preclude Russia's achieving its objectives inside Ukraine.

Taipei should be pleased because, like not provoking Russia to widen the war in Europe, Taipei does not want the US to provoke China to use military force to compel it to do Beijing's wishes. There the similarities fade because Taiwan is not Ukraine and would be much more difficult than Ukraine if China were to use military force. People who compare the two situations know little about either.

Given the European Union's failed attempt at brokering peace, and NATO's failure to prevent interstate war, are supranational entities becoming obsolete? What security apparatus should liberal democratic states in East Asia strive for?

Not necessarily. It's probably more accurate to say "certain present alliances, in some instances like NATO."

The United Nations too is bordering on ineffectiveness, and that organization desperately needs to be reformed dramatically if it is to regain some usefulness.

I believe, however, that the Japan-US security relationship still has great utility for both countries.

The US-ROK alliance needs readjusting somewhat. For example, the ROK armed forces can take care of their country quite adequately. So there needs to be serious discussion of just why US troops remain on the Peninsula.

Finally, the effectiveness of new groups such as the QUAD is questionable. They seem more like weak efforts to threaten China than meaningful security groupings.

Will the upcoming US midterm elections in November and presidential election two years after change America's current stance on Ukraine?

Here it is anyone's guess. It depends on which political party's candidate is elected president [in 2024] and which political party controls the US Congress, particularly the Senate. If my party, the Republicans, achieve both the White House and [both chambers of] Congress, I believe the US could be in deep trouble.

With the present Democratic Party, there is no viable presidential candidate whom I can see on the horizon [for the 2024 election]. And it's difficult to say whether or not that party will remain in control of the Senate in the midterm election. I think they will lose control of the House.

Whoever controls the government will determine which direction the US takes. And that is largely a new phenomenon for America because, since 1945, both political parties had largely pursued the same security and foreign policy.