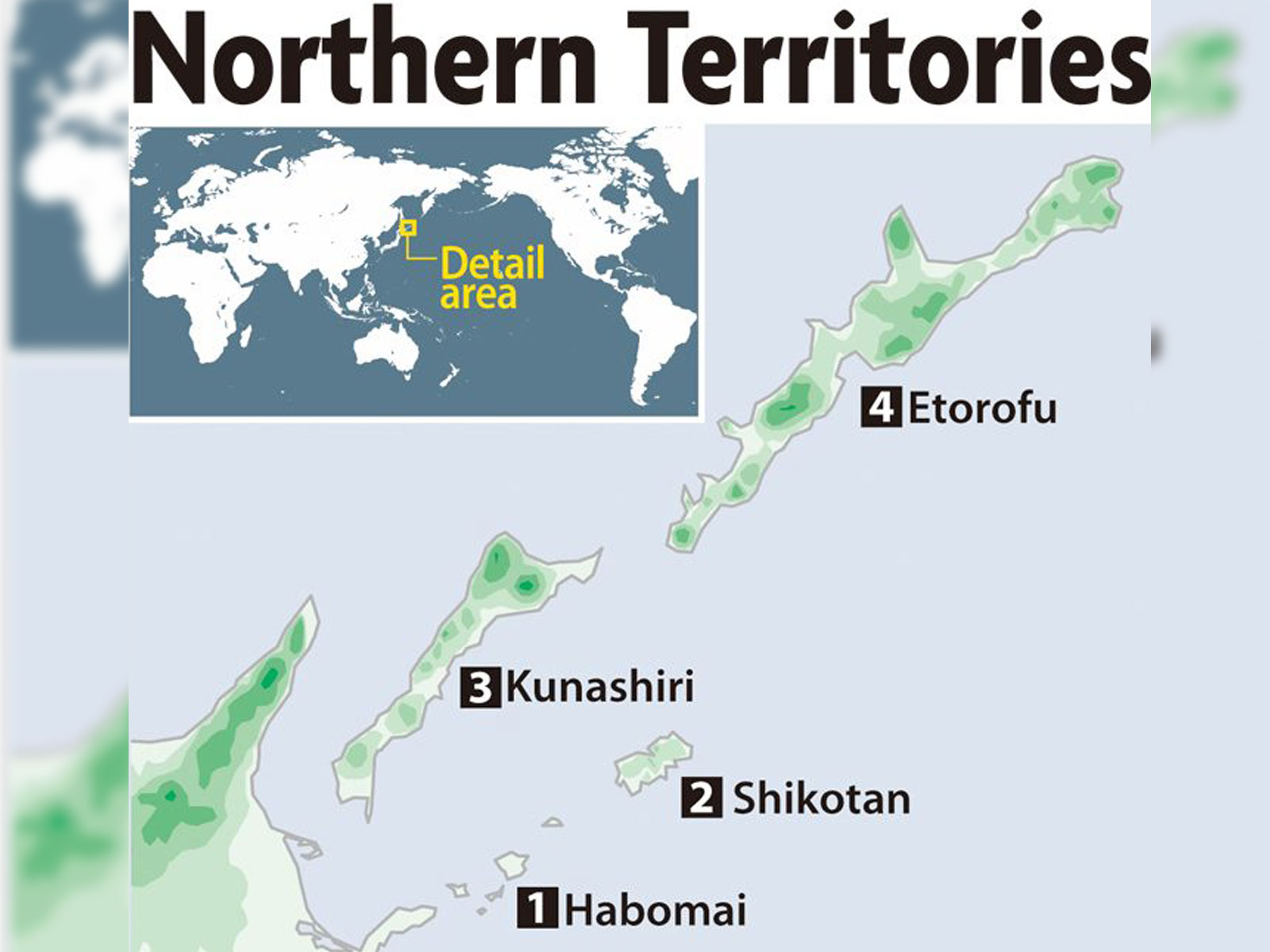 Negotiations over the Northern Territories are in the dying stages. Russia’s Putin administration has teasingly wafted over the aroma of grilled eel (the four islands) without handing over anything, continuing negotiations with the aim of merely gaining economic benefits for itself.

Hiroshi Kimura, an expert on the Soviet Union and Russia who died in 2019, proclaimed that this would happen. His prediction is becoming increasingly real.

When Russia revised its constitution in 2020, it added a new clause “banning territorial concessions.” The country also brought in a law whereby people trying to cede territory face up to a decade in prison, and those making public calls to do so face up to four years in jail.

On February 1, Russian media reported that ex-Prime Minister and ex-President Dmitry Medvedev indicated that the constitutional revision had made it impossible to discuss the Northern Territories issue with Japan.

“Russia has no right to negotiate the handing over of sovereignty of Russian territory,” Medvedev reportedly said. An extremely rude statement, considering Japan’s position.

On February 7, “Northern Territories Day,” the Russian military — which is working on a military base in the region — poured cold water on the occasion by starting target practice on Kunashiri Island, one of the four islands.

In the past, there have been some glimmers of hope regarding the return of the four islands. Under the Japanese-Soviet Joint Declaration of 1956, the USSR agreed to hand over two of the islands, Habomai and Shikotan, which account for about 7% of the total area of the Northern Territories.

Moreover, there appeared to be progress in November 2018, when then-Prime Minister Shinzo Abe and President Vladimir Putin seemingly reached an agreement on the issue at a Japan-Russia summit.

The Yoshihide Suga administration has gone on record to say it inherits the agreement of 2018. But surely it is time to pull the plug on trying to negotiate on the Northern Territories with the Putin administration, which continues to make a mockery of Japan.

On top of that, ex-Soviet dictator Joseph Stalin brutally grabbed the unarmed Northern Territories immediately after World War II like a thief at a fire, violating international law. And then there is the inhumanity of the Putin administration. Japan needs the world to understand that returning the islands is the right thing to do.

Japan should work on building a new international strategy, with all resources being devoted toward diplomacy with Russia.

Thirty years have passed since the collapse of the Soviet Union in 1991. The shift from a communist dictatorship to a “democratic” state was a historical turning point. Mikhail Gorbachev, the then-president who abolished one-party dictatorship, visited Japan in April 1991 for the first time.

At the G7 summits in Houston, London, and Munich from 1990 onward, there was talk of “trying to solve the Northern Territories issue,” and it looked as though finding a solution would be a joint international effort.

However, in the end, the mission to find a diplomatic strategy that would get an economically weakened Russia to return the four islands failed. There was no diplomatic offensive such as emergency visits to Russia by heads of state, and the opportunity was missed.

When then-President Boris Yeltsin visited Japan in October 1993, he signed the Tokyo declaration, which was a step toward solving the Northern Territories issue.

However, in September 2005, Yeltsin suddenly came out with a false story that the Northern Territories became Russian territory as a result of World War II, and that this is determined under international law.

Focus on the Next Good Opportunity

The Putin administration cracks down relentlessly on dissidents, and places considerable emphasis on benefiting the privileged class that is the military and the former KGB — Putin’s former colleagues.

Recently, though, there have been large-scale demonstrations across Russia, protesting against the treatment of opposition leader Alexei Navalny, who was the victim of a murder attempt involving a deadly nerve agent. Earlier this year, Navalny exposed “Putin’s secret palace” to the world, and the palace has been frowned upon globally.

Externally, Russia continues to disrupt nations across the world with cyberattacks.

Some think that Russia is getting closer to China, as there are no concerns on either side concerning interventions or sanctions over human rights issues. It is almost as if Russia and China are trying to provoke the Japan-United States alliance by repeating military exercises and fighting together with regard to the Northern Territories and the Senkaku Islands.

The failure to negotiate with Russia just after the collapse of the Soviet Union is considerably heavy. However, as protests take place across Russia, the long-serving Putin administration is starting to shake.

It is now time to start focusing on the next “good opportunity” in terms of trying to get back the Northern Territories.