EDITORIAL | North Korea Clouds U.S.-South Korea Summit: Whose Side is Moon On?

Will the Declining Fertility of Chinese Lead Beijing to Change its Behavior? 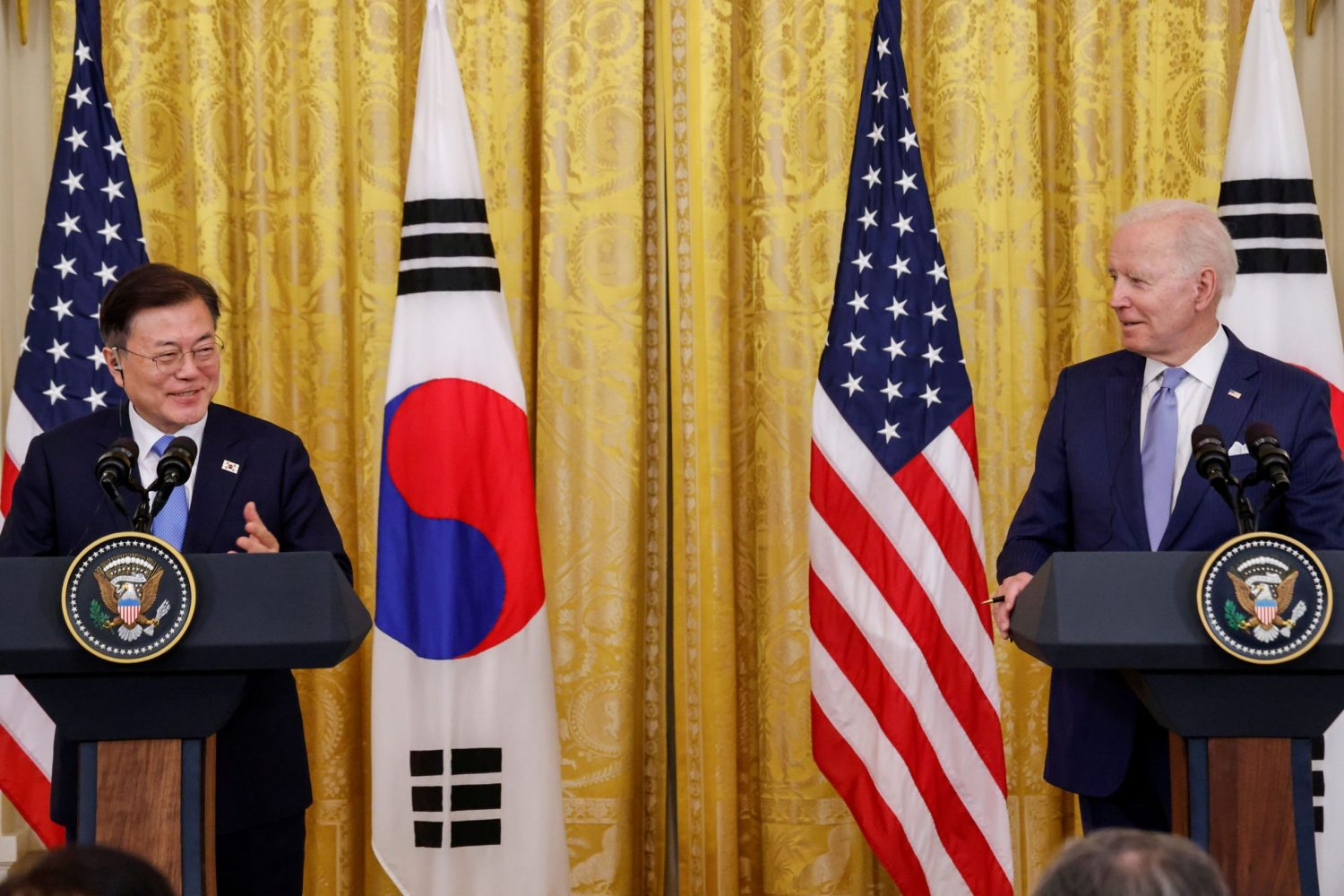 South Korean President Moon Jae In and U.S. President Joe Biden in a press conference following their May 21, 2021 ummit meeting.

U.S. President Joe Biden and South Korean President Moon Jae In met face-to-face in Washington for the first time on May 21, where both stressed the two countries share a diplomatic policy of taking “pragmatic steps” toward complete denuclearization of North Korea.

The U.S. and South Korean leaders expressed their shared commitment to Pyongyang’s complete denuclearization on the heels of the United States’ completion of a new review of its North Korea policy. When facing the challenge of North Korea, it is of the utmost importance that the three countries, including Japan, the United States, and South Korea, work closely together with no gaps between them.

President Biden also announced the appointment of a special envoy for North Korea at the press conference following the summit. The Biden administration has yet to disclose details of its new policy toward North Korea, but it seems to be centering around exploring ways of using diplomacy to achieve denuclearization of the North.

What is clear is that strong pressure, including military pressure, is necessary to move North Korea’s position.

“Deep concern” was expressed by both leaders, and continued strict enforcement of United Nations sanctions was called for in the U.S.-South Korea summit. But these are not enough. There should have been a strong message directed toward North Korea’s Secretary-General, Kim Jong Un.

Furthermore, it is worrisome that there are differences between Washington and Seoul in their outlook on future prospects for the Korean Peninsula.

In the news conference, President Biden declared he was “under no illusions” about the difficulty of getting North Korea to relinquish its nuclear arsenals, adding he would be willing to meet with the North Korean leader “if he first agrees to discuss [North Korea’s] commitment to denuclearization.”

By contrast, President Moon, who has less than a year remaining in his term of office, has placed his top priority on North-South reconciliation and is eager to play a mediating role for resumption of a dialogue between Washington and Pyongyang. The failure of the United States and South Korea to move in step with one another only benefits North Korea.

Ways of beefing up cooperation between the United States, Japan and South Korea in response to the intensifying U.S.-China confrontation was also high on the agenda of the Biden-Moon meeting. Inclusion of the Taiwan Strait issue in the summit statement can be considered a positive outcome for the United States.

The joint statement emphasized “the importance of preserving peace and stability in the Taiwan Strait,” holding China in check though without naming China. This follows the joint statement by the leaders of Japan and the U.S. in April this year and the statement issued at the close of the G7 foreign ministerial meeting in early May. The joint U.S.-South Korea statement also referred explicitly to the importance of cooperation within the “Quad” framework of Japan, the United States, Australia and India.

However, the Washington-Seoul statement is hardly sufficient as a message to Beijing as it fails to make reference to the crackdown on democracy in Hong Kong and suppression of Uyghur human rights in Xinjiang. The Moon administration should do more to unambiguously demonstrate that South Korea is indeed a member of the camp of democracies.