In the Fight for Democracy, Hong Kong’s People Have Not Been Defeated 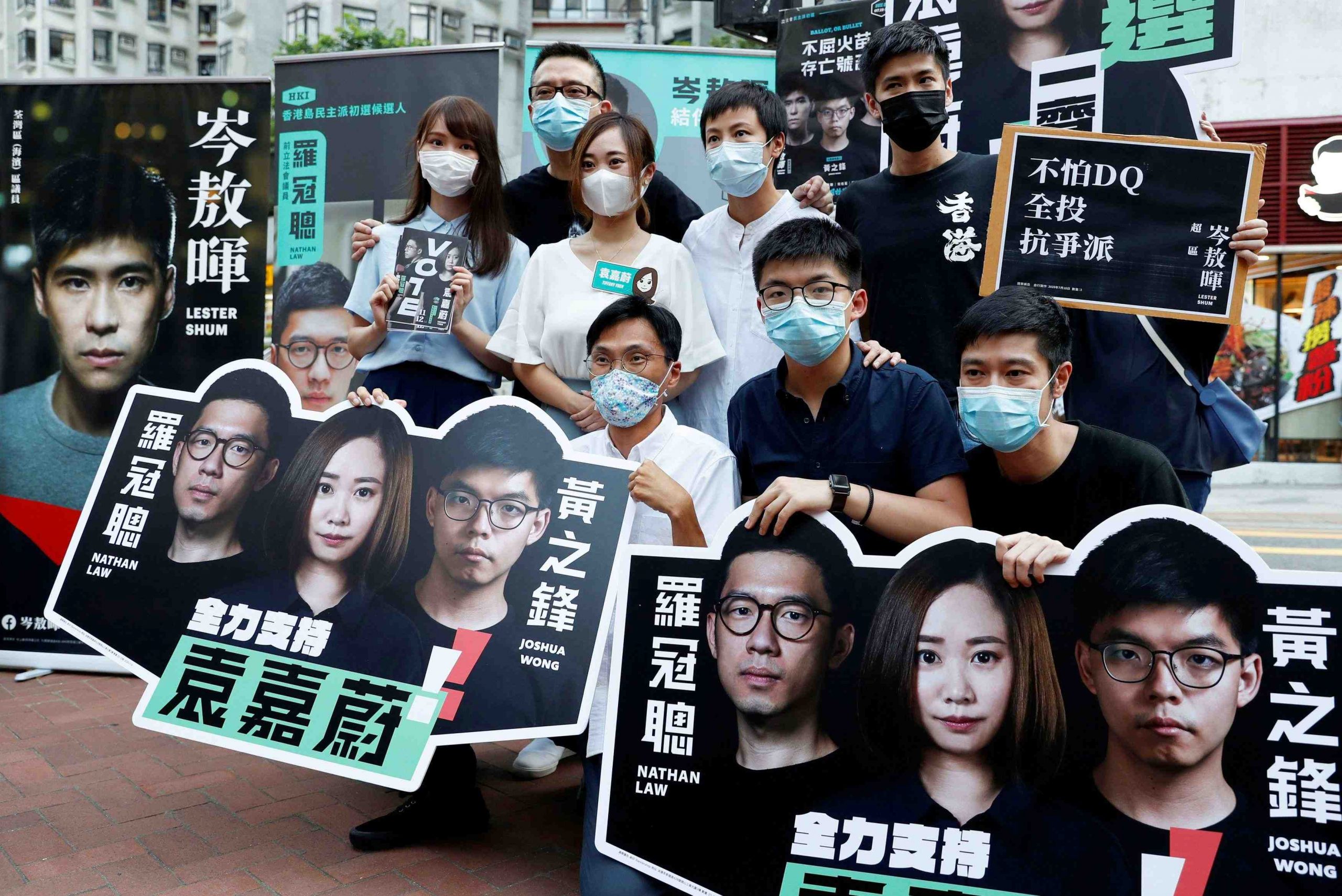 One essential item for a journalist covering a meeting of China’s National People’s Congress (NPC) is a pair of binoculars.

The seats assigned to journalists in the Great Hall of the People are so far back, you need those since your eyes will inevitably be fixed on the figure of President Xi Jinping, 67, seated far away in the center of the tiered stage.

Of special interest is what occurs immediately after the closing ceremony. You want to see what Xi does and who he might talk to before he leaves the podium.

Since I am no longer posted to Beijing, I don’t have the opportunity to use my binoculars. However, when looking at news photos of what transpired following the closing ceremony at this year’s NPC, and I saw one particular photo, I said, “Oh!”

The photo in question showed Xi there on stage, chatting with a man. The man standing obsequiously in front of the supreme leader was none other than Xia Baolong, 68, director of the Hong Kong and Macau Affairs Office, the official within the Chinese government who has overall responsibility for Hong Kong policy. He was one of Xi’s righthand men when Xi was the top official in Zhejiang province. Xia’s destruction of more than 2,000 Christian churches in that province earned him the nickname “the Wrecker.”

Looking at that photo, I could imagine their exchange as going along these lines:

Xi: “I want you to take care of this business once and for all.”

Xia: “Yes, of course. I will follow your instructions to the tee.”

This year’s NPC decided to change Hong Kong’s electoral system for the worse and to completely purge it of members of the Democracy Movement who had taken the lead in the massive demonstrations held in Hong Kong in 2019.

The Man Who Predicted the National Security Law

In line with Xi’s marching orders to root out the “turmoil” in Hong Kong, at the end of June 2020 the newly appointed Xia took the decisive step of moving to introduce a Hong Kong National Security Law, which was duly adopted by the Standing Committee of the NPC.

In fact, one man had earlier predicted the adoption of just such a national security law that would severely restrict freedom of speech and assembly, and pave the way for the wholesale roundup of members of the democracy forces.

That man was Benny Tai Yiu-ting, 56, who used to be a professor of law at Hong Kong University and had been one of the theoretical pillars of the democracy movement in the city.

In April 2020, five months after the election for the Legislative Council (Legco), Tai caused a big stir when he published a “road map” for how he thought the democracy movement should develop. It looked something like this:

As the law stood at that time, if Legco rejected the government’s budget twice, then the Chief Executive would have to resign. The “X Day” that Tai envisaged was to follow that development.

Tai figured that, by the end of 2021, the Chinese authorities would have become so irate that they would introduce a national security law and move to arrest huge numbers of democracy movement supporters. The people of Hong Kong would respond with large-scale demonstrations and strikes. International society would impose harsh sanctions on China.

Domestic and foreign pressure would then force China to make concessions, and that in turn would lead to the introduction of universal suffrage and other democratization. That, in a nutshell, was the blueprint that Tai proposed.

As Tai forecast, China did impose a national security law on Hong Kong. It was just that the move came in 2020, a year and a half before he had expected it.

That is what Tai told me when I was reporting in Hong Kong in May 2020 just after the adoption of the National Security Law by the NPC.

The “one country, two systems” formula China had agreed to in an international treaty died when the National Security Law took effect in Hong Kong. And a storm of criticism of the Xi regime by the United States and European countries did indeed follow, as Tai had hoped for.

No sooner had that law taken effect than the democracy activists began to be arrested, which in turn raised the volume of criticism. The young activist Joshua Wong, 24, and newspaper publisher Jimmy Lai, 72, were no doubt aware of that as they were sent behind bars.

“The only method we have left to struggle with is getting arrested,” bemoaned one activist.

Benny Tai, too, now finds himself in jail, having been arrested and prosecuted for violating the National Security Law by allegedly attempting to overthrow the government.

Xia, who is now calling the shots regarding Hong Kong policy, has singled out Wong, Lai, and Tai as the “most vicious traitors deserving of severe punishment.” In an interview with a pro-Beijing magazine, he labeled them as “rioters who are anti-China and who instigate riots with extremely notorious acts.”

However, draconian punishment of the trio will invite even sharper criticism of China from the international community.

Xi Jinping might be inclined to gloat now that Hong Kong is coming to heel as planned. However, can we really conclude that the scenario unfolding is really the one that the Chinese communists have in mind? Could it not be that Beijing is really the side that is bungling its moves?

China has paid a heavy price in terms of radically diminished trust in the international community by making victims of the people of Hong Kong. If the movement to boycott the Winter Olympics scheduled for Beijing in February 2022 continues to grow, that would result in a ruinous loss of face for the Xi regime. All of this is happening in the run up to the Chinese Communist Party Congress scheduled for the fall of 2022.

Is the democracy movement in Hong Kong really doomed? If the international community keeps silent, that may well prove true. But if it can keep up the pressure on Beijing, what then? It is still too early to conclude that the people of Hong Kong have been defeated.

Find other articles by Kinya Fujimoto on Hong Kong at this link.