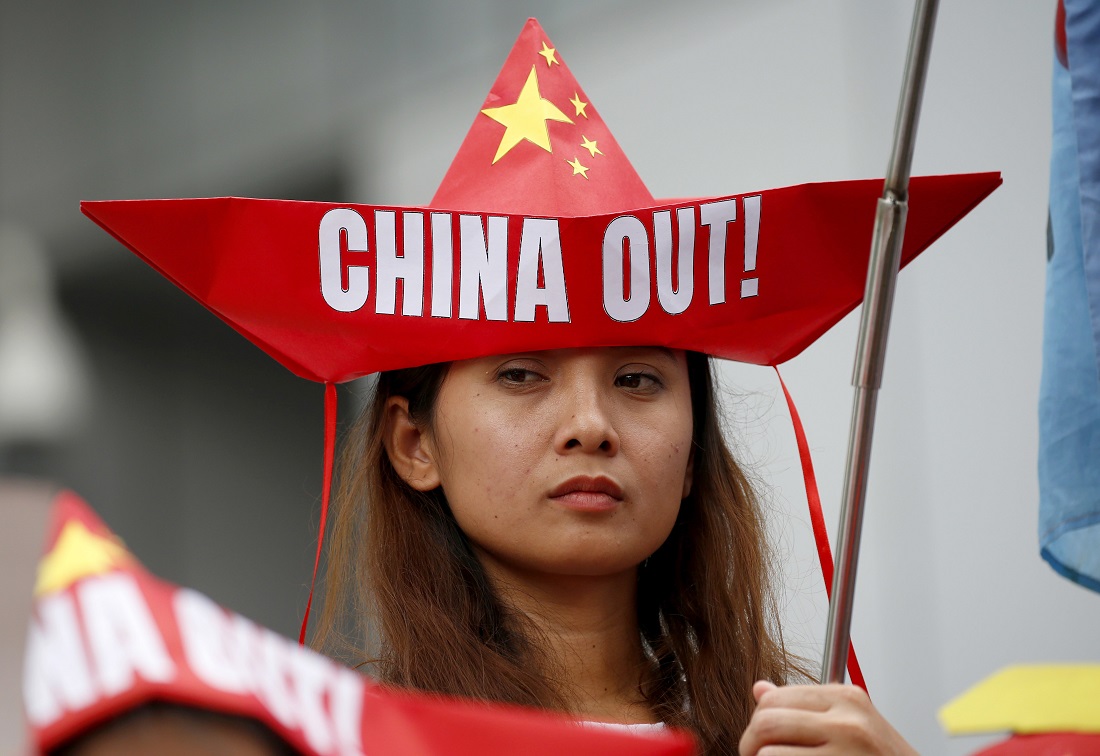 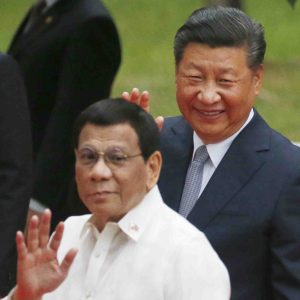 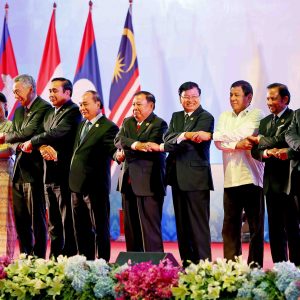 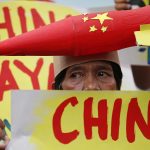 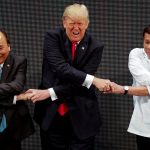 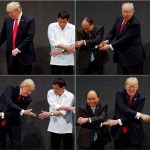 ASEAN leaders, including President of the Philippines Rodrigo Duterte, are crossing their arms for the traditional “ASEAN handshake” REUTERS /Jonathan Ernst 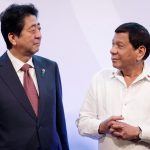 The Philippine government has decided to scrap the Visiting Forces Agreement (VFA) with the United States that stipulates the legal status of U.S. troops in the country. Manila notified Washington of the decision, which was made at the behest of President Rodrigo Duterte, on February 11.

If the pact is terminated as Manila has announced, it will likely threaten to weaken the alliance between the United States and the Philippines. Duterte has been known for his anti-U.S. speech and conduct. However, his decision to withdraw the VFA is far too thoughtless and should be retracted immediately.

China has claimed most of the South China Sea, over which it is now in sovereignty disputes with the Philippines and other neighboring nations. Despite the lack of legal grounds for its presence in the area, China has been pushing ahead with militarization of the area.

A firm U.S.-Philippines alliance is indispensable for stemming the expansion of China’s advances in the South China Sea. The two countries have conducted joint military exercises frequently in a move intended as a check on China.

Most important now is for cooperation and unity to be forged between the U.S. and Japan to uphold freedom of navigation and rule of law principles in the region, including the coastal nations of the Association of Southeast Asian Nations (ASEAN) and the Philippines.

Japan has sent its Maritime Self-Defense Force to take part in the U.S.-Philippines joint military exercises. It has also helped the Philippines and Vietnam enhance their maritime patrol capabilities.

It is feared that Duterte’s rash decision could shake not only the U.S.-Philippines alliance but also the international unity of cooperation vis-à-vis China. Is the Philippine president aware of these concerns?

Manila’s decision to withdraw from the pact was triggered by the United States’ cancellation of the visa of a Philippine senator who is a close aide of Duterte. The senator led the harsh campaign to crack down on drug crimes when he was the head of police.

Thousands of suspects were killed by police authorities during the Duterte administration’s campaign to eradicate drug crimes. These actions taken without due process were strongly criticized, mainly by the United States and some European countries, as violation of human rights.

Duterte, though, was not interested in lending an ear to such criticism, and instead cozied up to the government of China that keeps mum on the human rights situation of its own and other countries.

Philippines is a Special Case

It is a common tactic of China to approach countries that are criticized by Europe and the United States over autocratic rule and suppression of human rights. Beijing often offers them economic assistance in a bid to bring them within its sphere of influence. One typical example of this is Cambodia, which has taken a pro-China stance against the tide of other ASEAN members.

The Philippines’ position vis-a-vis China is special, however. In a case brought by the Philippines under the previous president, the Permanent Court of Arbitration in the Hague turned down China’s territorial claims in the South China Sea arbitration and ruled in favor of the Philippines.

Duterte should not forget this. The ruling provides a significant legal basis to prevent China from advancing its maritime expansion.

Essentially, Manila ought to take the lead in lashing out at Beijing. It cannot be good if the ruling is used as a means to draw economic assistance from China.

How can it be permissible for the Philippines to look the other way on China’s unjust intrusions into the South China Sea, while seeking to obtain short-term profits? Duterte should retract the decision to end the military pact with the United States while reconfirming the need for bilateral cooperation in dealing with China.