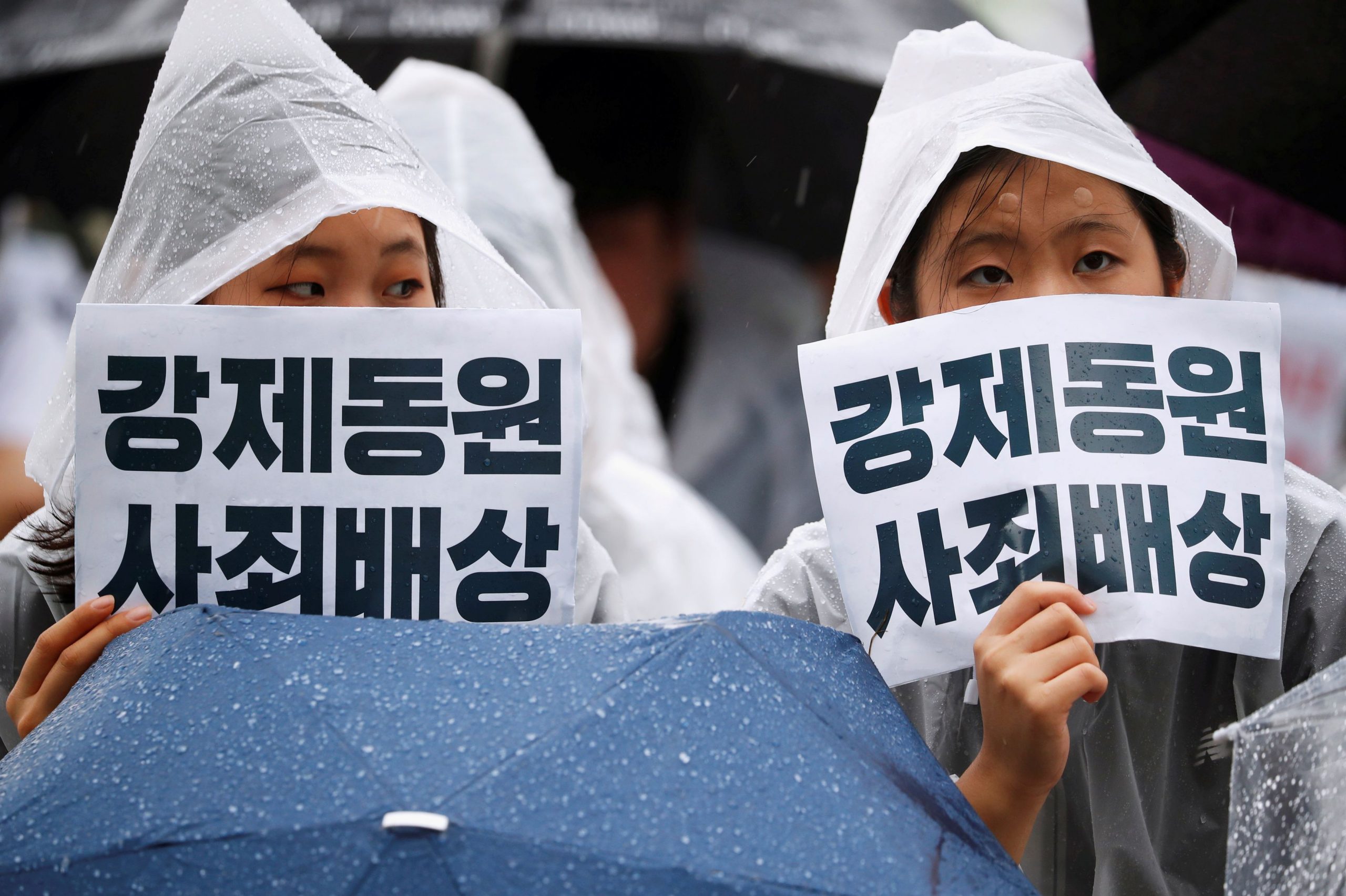 A South Korean court issued an order on September 27 to sell the assets of a Japanese company. This is the first time that such an order has been issued in relation to a series of  lawsuits on the bilateral dispute over wartime labor.

The dispute involves former wartime workers from the Korean Peninsula who were mobilized for the factories of Japanese companies before and during World War II.

The court’s decision is an outrage that cannot be overlooked as it threatens to cause real and imminent harm to Japanese companies.

In the lawsuit in question, a group of women who were formerly wartime workers in the women’s volunteer corps at a Nagoya factory of Mitsubishi Heavy Industries Ltd., among other places, demanded compensation for their alleged “forced labor without pay.” In 2018, the South Korean Supreme Court issued an order that the company pay compensation.

This time, the Daejeon District Court in the central region of South Korea has ordered the sale of the company’s trademark and patent rights, among other assets of Mitsubishi Heavy Industries seized in South Korea under the court’s order.

The sale, if carried out, would reportedly yield more than ₩400 million KRW (￥37 million JPY or $340,000 USD) in cash for compensating the two plaintiffs in this case.

Japan’s Foreign Minister Toshimitsu Motegi referred to the South Korean court’s decision in a news conference on September 28, saying: “It is extremely regrettable. Monetization of [the seized assets] will create a grave situation for both Japan and South Korea.”

Although it is likely to take some time before the actual sale of the assets, the Japanese government should not sit idly by.

While it is only natural that Japan should firmly protest to South Korea over the court’s order, it must also appeal widely to the international community on the basis of the order’s unjustness, and take strict measures demanding concrete action from the South Korean government to rectify this mess.

In a string of “wartime labor” lawsuits instituted in South Korea against Japan, Nippon Steel & Sumitomo Metal Corp. (now Nippon Steel Corp.) immediately appealed the court decision on seizure of the company’s assets, but the appeal was turned down in August 2021.

In the wake of the decisions, a grave situation is developing that could negatively impact the bilateral relationship between Tokyo and Seoul, including economic ties.

All wartime compensation claims emanating from South Korea during the era of Japan’s colonial rule of the Korean Peninsula from 1910 to 1945 were settled finally and completely under a 1965 bilateral agreement to normalize the two countries’ diplomatic relations, including the compensation of individuals.

In its 2018 decision, however, the South Korean Supreme Court decided that individual wartime compensation rights should not have been extinguished, and ordered Japanese companies to make compensation. It triggered one compensation lawsuit after another. The South Korean supreme court’s ruling rationalized its decision by claiming that the wartime conscription of workers, which was conducted based on law at that time, was an “inhumane injury directly linked to Japan’s illegitimate colonial rule and its war of aggression.”

The South Korean courts have distorted historical facts. But the Moon Jae In administration has been wholly irresponsible, pleading “independence of the judiciary” as its excuse for doing nothing. Such a country is far from a normal rule of law nation, making it difficult for Japan to establish stable relations.

During a debate at Japan National Press Club ahead of the election for president of the Liberal Democratic Party on September 29, former foreign minister ー now Prime Minister Fumio Kishida — said, “If South Korea can’t keep this agreement, then there is no way to carve out a promising future in Japan-South Korea bilateral relations, whatever promises may be made.”

He was referring to the 2015 Japan-South Korea agreement on the so-called “comfort women” issue. The responsibility for the tightly strained Tokyo-Seoul relations lies with South Korea there, as well.

On the wartime labor lawsuit issue, too, the new administration of Fumio Kishida must maintain a firm resolve and address the crisis confronting Japanese companies in South Korea.