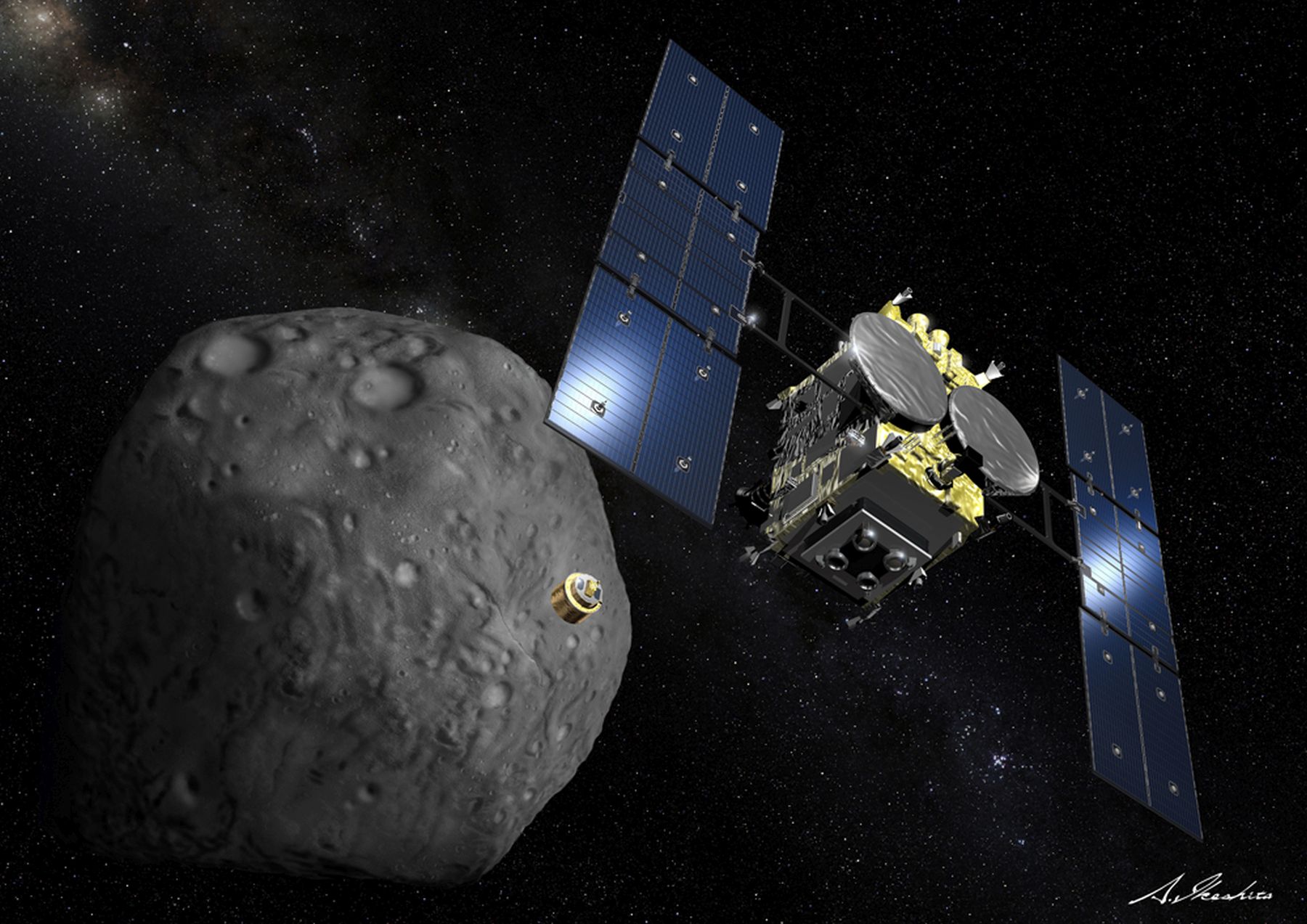 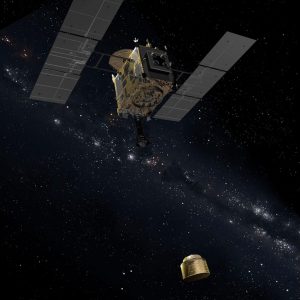 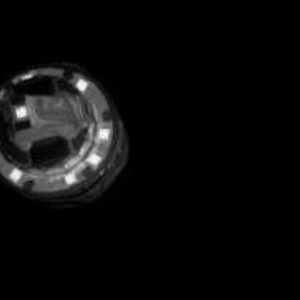 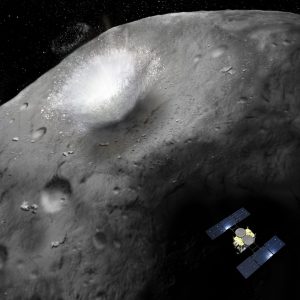 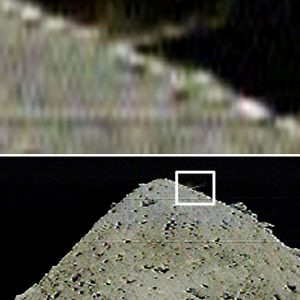 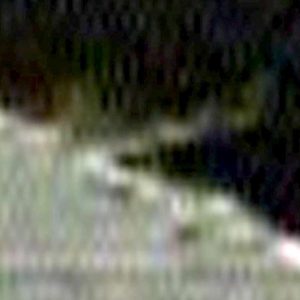 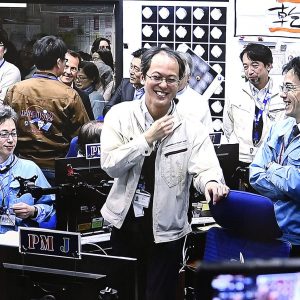 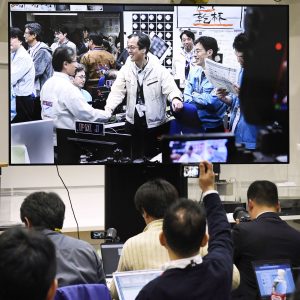 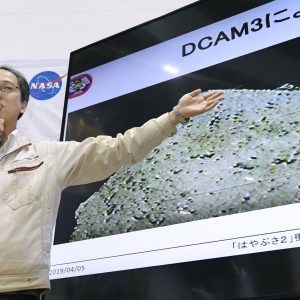 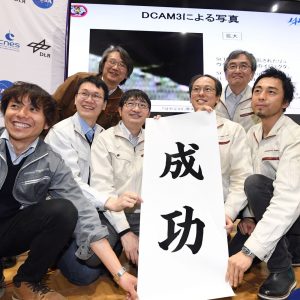 There can now be no room for doubt that Hayabusa2 has given us the most dynamic event in Japan’s history of space and planetary exploration — a feat worthy of being likened to the vibrant kabuki performance of Aragoto that demonstrates dandyism and gallantry.

The Japanese space probe Hayabusa2 has achieved the firing of a bullet at the asteroid Ryugu, a small celestial body more than 300 million kilometers (186 million miles) away from Earth, in a bid to form an artificial crater on the asteroid’s surface.

The sequence of tasks to accomplish this feat ranged from precision separation of the spacecraft’s collision equipment called a small carry-on impactor (SCI) and firing the bullet so that it accurately struck Ryugu’s surface, to the probe’s maneuvering in retreat to a position behind the asteroid to avoid getting hit by flying shards from the blast. All tasks were performed flawlessly, according to the Japan Aerospace Exploration Agency (JAXA).

We look forward to confirmation of the formation of an artificial crater and success in the collection of samples ejected by the blast. Scientists believe that the artificial crater holds keys to the solar system’s initial conditions. It is anticipated that substances collected from the asteroid in the aftermath of the blast will tell us more.

JAXA deserves our high praise for the accomplishments of its space probe development and mission control teams. They took on the challenge, going beyond the accomplishments of the first-generation Hayabusa spacecraft project, and established a new paradigm in space exploration for unlocking the secrets of the origin of the solar system.

This is what they did. On the morning of April 5, the Hayabusa2 probe came close to the Asteroid Ryugu, about 500 meters (about 1,640 feet) from the surface. It then separated its SCI and caused the blast 40 minutes later. The force of the blast transformed a copper disk into a cannonball, which hit the asteroid’s surface at a speed of 2 kilometers (about 1.24 miles) per hour. Since the scene of the “bombing” was dangerous with rock fragments and dust flying off in all directions, Hayabusa2 was evacuated to the back side of the asteroid for safety during that time.

While the overall picture of the mission is highly dynamic, the CSI colliding apparatus is the crystallization of Japan’s exquisite craftmanship.

Once separated from the space probe, there was no way to control the SCI. In order to ensure the copper disk would morph into a cannonball which could be fired off squarely at Ryugu, extremely high levels of optimality and homogeneity to a nicety were indispensable in all phases, including the composition and properties of the copper disk, welding of parts, and execution of the blast.

This achievement also reflects the accumulation of manufacturing techniques, referred to as monozukuri in Japanese, in the country’s private sector.

Recently the reputation of Japan’s monozukuri manufacturing technology in the commercial sector has been marred by scandals, such as tampering with data in the course of production, which have been brought to light one after another. The result is that many of “Made in Japan” products have lost credibility — a situation diametrically opposed to the times when Japanese-made products took the world’s markets by storm.

The field of space exploration, meanwhile, can safely be said to have set the benchmark for the country’s collective strengths in science and technology. In the field of asteroid exploration technologies, Japan does lead the world.

The challenges the Hayabusa2 project have put the spotlight on the high levels of skills in Japan’s small- and medium-sized enterprises, among others. It is our great hope that the Hayabusa2 project will provide major momentum for Japan’s manufacturing sector and monozukuri businesses to regain their confidence and trustworthiness.

Hayabusa2 is scheduled to perform a landing on the Ryugu’s crater in late May at the earliest for collecting samples. The spacecraft is projected to leave Ryugu toward the end of the year and return to Earth at the end of 2020.

We can hardly wait until we find what “treasure box” the Hayabusa2 space probe will bring back to us.

Read other articles on Hayabusa2 and its accomplishments: