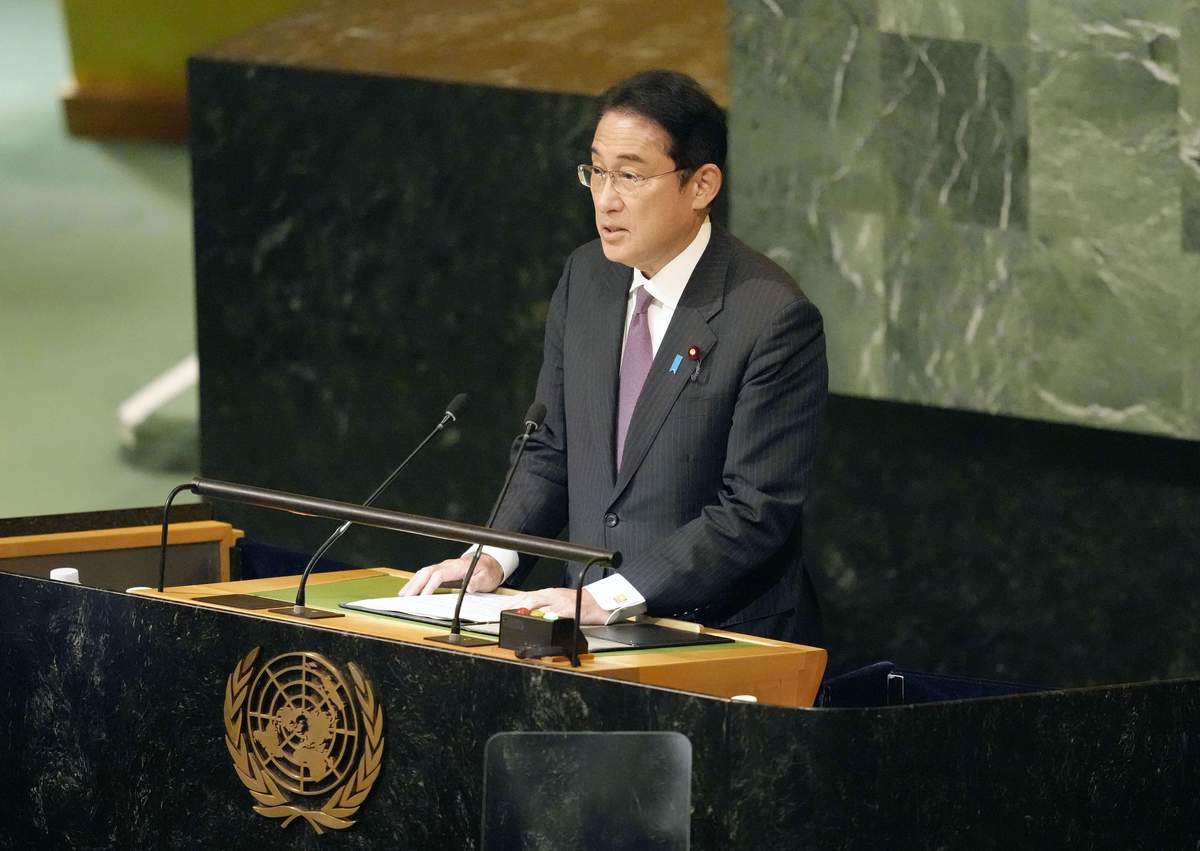 In his address to the United Nations General Assembly on September 20, Prime Minister Fumio Kishida declared that Russia's invasion of Ukraine had plunged the United Nations into a crisis of confidence. He announced that Japan was calling for serious reforms in the world body.

As the Prime Minister rightly pointed out, the foremost reason for the loss of confidence in the UN had been Russia’s aggression against Ukraine. It was, in his characterization, “an act that tramples on the vision and principles of the UN Charter.”

UN Security Council reform and the withdrawal of Russian troops from Ukraine are inseparable. It is essential that such reform be accomplished if we are to prevent another such war of aggression.

The number one reason for the existence of the United Nations is to preserve peace and security in the world. And that responsibility has been delegated to the Security Council.

Expectations were that peace would be maintained through the constructive involvement of these five countries.

To ensure this occurs, these five nations were expected to be aware of the gravity of their responsibilities and not shatter the peace themselves. That had been the basic premise upon which the current system was established.

Nonetheless, the Russian government under President Vladimir Putin has violated this trust without batting an eye, vetoing a Security Council resolution condemning its aggression so as to lend a veneer of legitimacy to its invasion of Ukraine.

In his speech to the General Assembly, US President Joe Biden criticized the Russian invasion as a “violation of the UN Charter.” Meanwhile, he emphasized the need for reform of the United Nations. He also urged self-restraint in the use of their veto power by permanent members of the Security Council.

It is encouraging that the US, one of the five major powers, has taken a progressive stance on the subject of UN reform. Hopefully, it will cooperate with Japan, which in 2023 will begin a two-year term as a non-permanent Security Council member, in taking the lead to achieve reform.

In the three decades since the end of the Cold War, resolutions have been repeatedly submitted to expand the ranks of the Security Council permanent membership through the addition of Japan and other major countries. Unfortunately, these proposals have failed to garner widespread support.

However, the past is the past and the present situation is different.

The most important point is that Russia's obvious disdain for the United Nations Charter means that it no longer should be considered qualified to serve as a member of the UN Security Council.

In his video address to the UN General Assembly, Volodymyr Zelenskyy called for Russia to be stripped of its veto power. That certainly would be a key to reform. A mechanism is needed for punishing an aggressor, no matter what nation that might be.

Nevertheless, in order to enact true reforms, we must always remain aware of the existence of China, which has exhibited a continuing pattern of ignoring international rules. We would have liked to see Prime Minister Kishida refer to the current severe situation in East Asia.