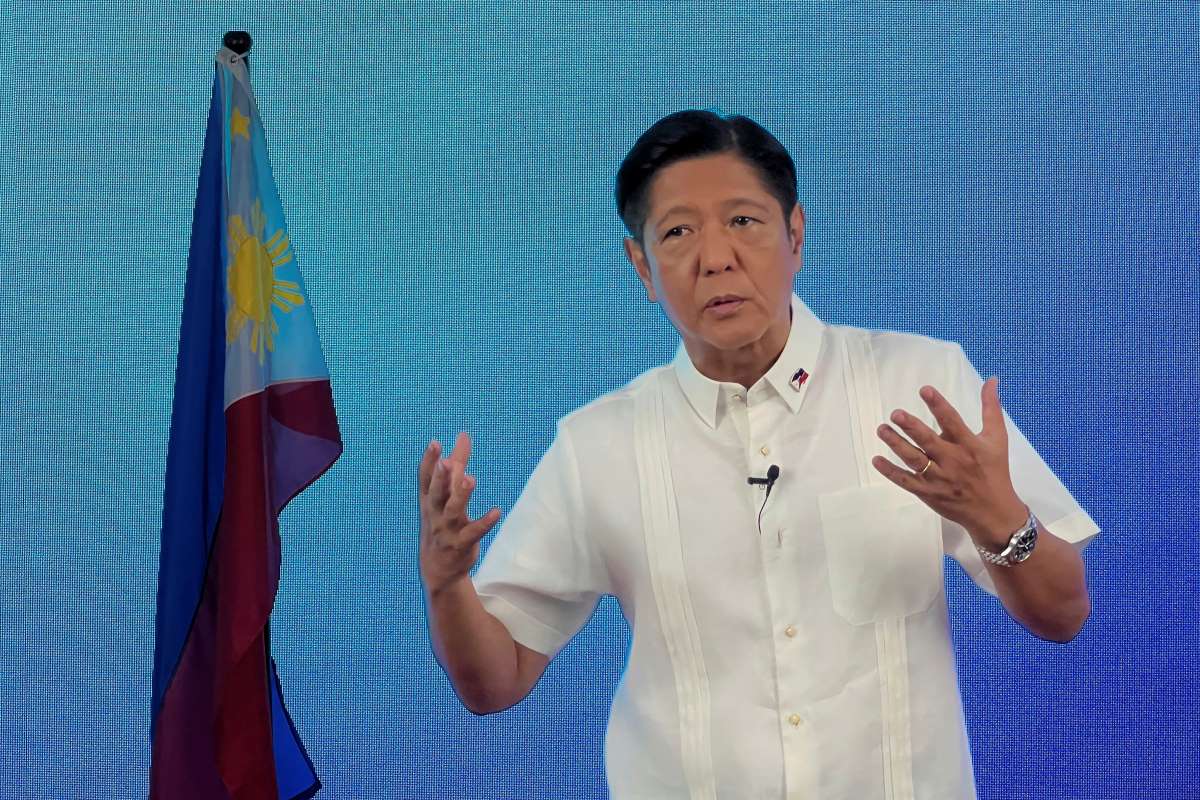 Presidential candidate Ferdinand "Bongbong" Marcos Jr. gestures during a live broadcast at his headquarters in Mandaluyong, Philippines on Wednesday, May 11, 2022, after his apparent landslide victory in the Philippine presidential election. (AP Photo/Aaron Favila)

At the end of June, former senator Ferdinand “Bongbong” Marcos Jr. will begin a six-year term as president of the Republic of the Philippines after winning that office by a landslide in the May 9 election. The presumptive president is the eldest son of the former dictator and late president Ferdinand Marcos, who ruled the Philippines from 1965 to 1986.

Marcos has promised to continue the policy line of the current and still popular President Rodrigo Duterte, who must step down due to term limits (and whose daughter is Marcos’s winning running mate). However, the international community will be most interested in the security policies of the incoming Marcos administration regarding the South China Sea, especially how it will respond to ongoing Chinese maritime expansion which relies on naval force.

Russia ignored attempts at restraint by the international community when it invaded Ukraine. The possibility that China will resort to the same kind of reckless violence to pursue its unilateral claims to sovereignty in the South China Sea cannot be ruled out.

If the Philippines continues the current administration’s strategy of giving priority to the perceived economic benefits from appeasing China, that would be extremely dangerous.

In order to achieve a “free and open Indo-Pacific,” Japan and the United States must more proactively interact with Mr. Marcos to warn him about the dangers that China poses.

Especially important is the 2016 ruling in the case brought by the Philippines to the Permanent Court of Arbitration in The Hague. The ruling, based on the United Nations Convention on the Law of the Sea (UNCLOS), declared that China’s sovereignty claim to the South China Sea lacks any legal basis.

For the sake of our international order based on the rule of law, China cannot be allowed to have its way in this matter. And the line should be drawn here if Chinese expansionism is to be contained.

Hopefully, the ruling will again be brought up at this month’s Japan-United States Summit as well at the Australia-India-United States-Japan “Quad Summit,” and the parties concerned will tailor their behavior to accord with the ruling.

Standing for Freedom and Democracy

In April, Japan and the Philippines held their first foreign and defense ministerial security (2+2) talks, during which they agreed to strengthen their defense cooperation. In addition, the militaries of the United States and the Philippines recently concluded their largest joint exercises to date. We would like to see more of such working-level collaboration.

Marcos reimagined the brutal era of his father, who was finally defeated and driven into exile by the “People Power” revolution in 1986, as a “Golden Age.” His campaign made skillful use of social media to infiltrate that fiction into younger voters. Since the average age of Filipinos is only around 25 years old, many voters have no memory of the years when his father was dictator.

Many Filipinos have expressed fears that the dark days of dictatorship may return to the Philippines. But of more immediate concern to many people is whether Marcos will continue President Duterte’s hardline tactics in areas like his “war on drugs” that have led to thousands of deaths and drawn criticism from the West, and whether he will further cozy up to a China which is tolerant of such tactics.

Before he moves into the Malacañang Palace, we would like to see Marcos give careful thought to these issues and come up with policies that address them.

If Mr. Marcos wishes to leave a clean legacy as a president who was a leader for the causes of freedom and democracy, he will find a welcoming and cooperative international community.