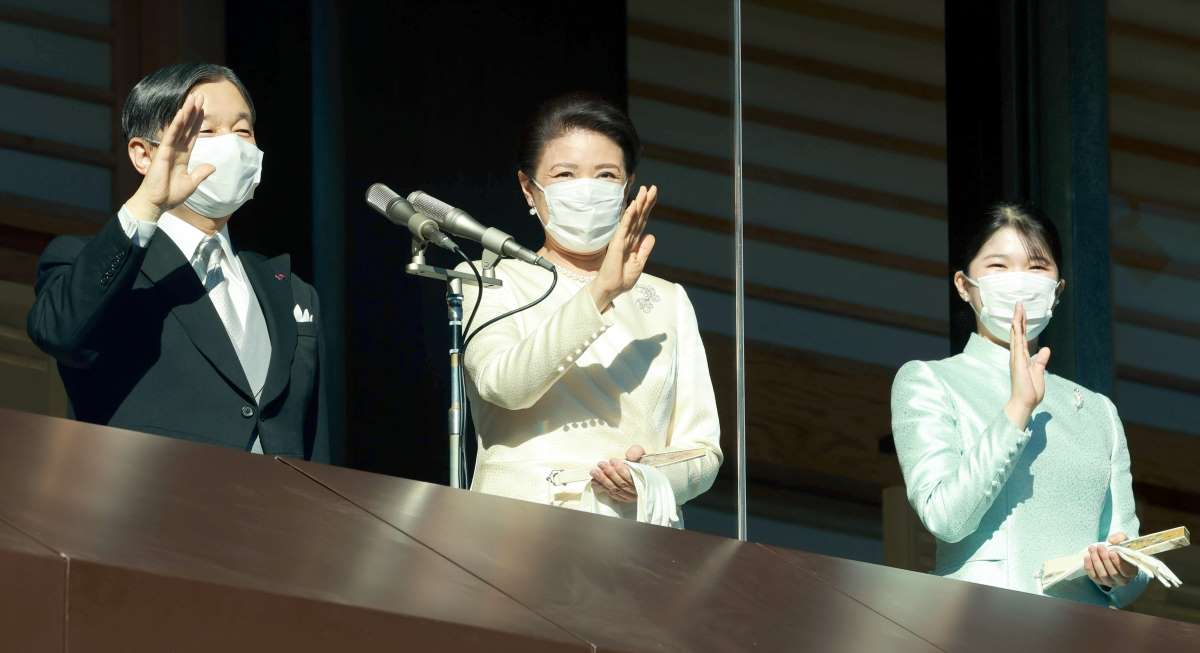 On Monday, January 2, Emperor Naruhito and the Imperial Family welcomed the general public to the Imperial Palace grounds in Tokyo for the annual New Year greetings.

Emperor Naruhito, Empress Masako, Crown Prince Akishino and Crown Princess Kiko were joined by other adult members of the imperial family. Together they made multiple appearances on the veranda of the Chowa-Den Hall. In the East Plaza of the palace below, groups of well-wishers gathered to share their own greetings with the imperial family.

The first of six balcony appearances by the imperial family began at 10:10 in the morning. Speaking into a microphone, the Emperor spoke to the crowd. "Three years have passed. And I take great pleasure in being able to celebrate the New Year in this fashion with everyone gathered here today."

Emperor Naruhito also said, "I hope that this year will be a peaceful and good year for everyone."

Joining Their Majesties in the annual event for the first time was Princess Aiko Toshinomiya, their only daughter. Princess Aiko celebrated becoming an adult in December 2021.

Emperor Emeritus Akihito and Empress Emerita Michiko were also present, smiling as they were welcomed by the visitors.

As a COVID-19 countermeasure, the crowd size in 2023 was limited to around 1,500 well-wishers per appearance. Visitors also had to maintain a one-meter distance from other members of the crowd gathered in front of the palace.

Meanwhile, even before the gates of the palace were opened, many people lined up to sign the New Year Visitors Book. The book was placed in front of the Imperial Household Agency near the main entrance to the palace grounds. It remained available for signing until 3:30 PM the same day.

"Happy New Year. I believe that all of you have had to endure many hardships for these nearly three years due to the spread of COVID-19 and other factors. Three years have passed. But I take great pleasure in being able to celebrate the New Year in this fashion with everyone gathered here today. Although you may face many difficulties, I hope that this year will be a peaceful and prosperous year for all of you. As we begin this new year, I wish happiness to all the people of our nation and the world." ー Emperor Naruhito of Japan

See more of Emperor Naruhito, Empress Michiko and Princess Aiko together for the New Year in this video: