Predictions 2023: Asia's Eyes On China and its Territorial Assertions 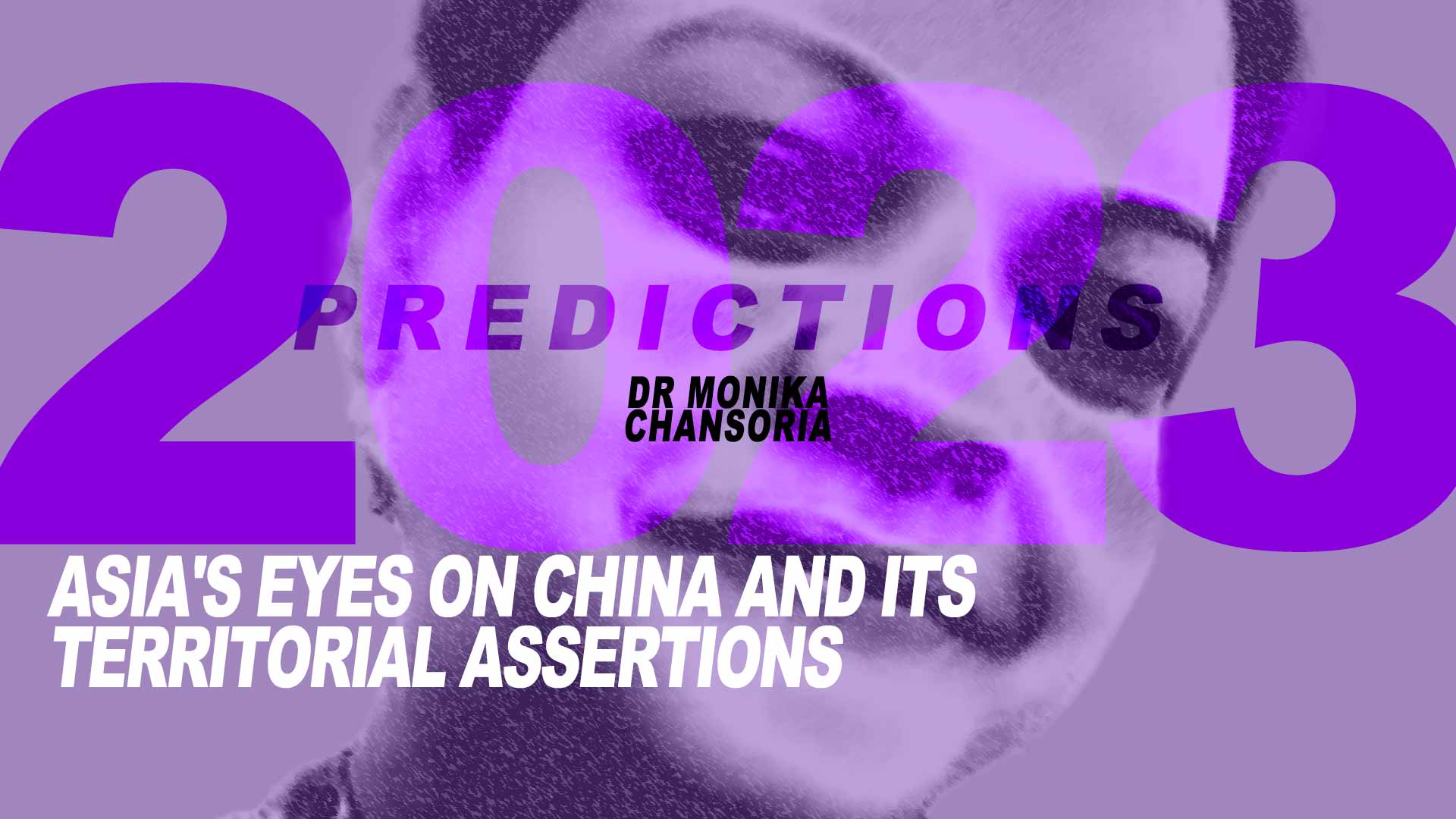 Incidents of China's relentless attempts at land and maritime territorial grabs shall continue unabated in 2023. These predictions are nothing less than contemporary realities of Beijing's long-term revisionist political and geo-strategic agenda.

Beijing's actions bear witness to the Communist Chinese regime's linkages of historical thinking and existing politico-military strategy toward the rest of Asia. Xi Jinping's military is galvanizing along most of its Asian borders. The Himalayan borderlands (South Asia), Senkaku Islands (East China Sea and Northeast Asia), the South China Sea (Southeast Asia) are prominently included. China's challenges to the sovereignty of multiple Asian nations have become a parallel fixture across Asia's security and economic dynamics.

China's present strategy for Asia displays territorial revisionism on multiple-fronts. Its national policy projects territorial assertiveness on land and at sea. This is built on a compounded foundation of economic powerplay and military modernization.

Backed by its robust military capabilities, China is intensifying activities and challenging the integral sovereignty status of many nations across the region. The tension is particularly well defined in the exterritorial waters around Senkaku Islands, in the South China Sea, and along the Himalayan borderlands. But it includes creeping pressure on other regional port and Pacific Island nations.

As the year 2022 was ending in December, Beijing's endless pursuit of status quo revisionism was showcased by multiple geo-strategic and military maneuvers. Moreover, they were carried out in all its existing territorial disputes. These provide a window into Beijing's intentions for the New Year.

In South Asia on December 9, 2022, Chinese PLA Army troops crossed the border with India in northeastern India. The location was in the Yangtse area of the critical Tawang Sector. China was attempting to unilaterally change the status quo on ground.

India's Defense Minister apprised the Parliament of India that the Chinese attempt was contested by the Indian Army in a firm and resolute manner. The ensuing face-off led to a physical scuffle.

Ultimately the Indian Army prevented the PLA troops from transgressing the boundary and compelled them to return to their posts.

Further, in East Asia, many Chinese warships, including an aircraft carrier in the West Pacific, have been spotted. This has reportedly put Japan's Maritime Self-Defense Forces on high alert since mid-December.

Japan's Joint Staff Office of the Japanese Ministry of Defense acknowledged the monitoring. It found a Chinese PLA Navy flotilla consisting of the aircraft carrier Liaoning and at least four large warships. These were seen operating in waters approximately 260 kms southwest of the Daito Islands in Okinawa Prefecture. Daito is an archipelago of three islands located in the Philippine Sea and part of Japan's Ryukyu Island chain.

Predictions: Taking On the 'Biggest Challenge'

As China's territorial aggression rises relentlessly in and around Senkaku Islands and the East China Sea, Japan has turned a major leaf in its 21st century defense outlook. This comes in the form of a 1.4–fold increase in its Coast Guard budget to around ￥320 billion JPY (about $2.5 billion USD) by 2027.

Tokyo has been pushed to strengthen its maritime security apparatus in the wake of Chinese vessels repeatedly intruding into Japan's territorial waters. Chinese aggression has been particularly intense around the uninhabited Senkaku Islands that Beijing calls the "Diaoyu" islands.

These three key documents show Japan has assessed the growing threats and challenges posed by China to Asia's security in 2023 and beyond. In response, Japan has revamped its defense strategy in major ways. Among the prominent points, a new policy is introduced that enables the launch of counterstrikes under specific circumstances. Significantly, the National Security Strategy pronounces China as the "biggest strategic challenge."

Japan's latest landmark National Defense Strategy document released on December 16, 2022 categorically calls out China for continuing "its unilateral changes to the status quo by force and such attempts in the East China Sea and South China Sea." The document states that China has been intensifying its activities around Japan, in the East China Sea, the Sea of Japan, and in the West Pacific.

The Chinese Communist Party has set 2027 as its centennial "military building goal." As part of this, Beijing's political leadership seems to be aiming to strengthen its territorial control and sovereignty claims across Asia. This remains a primary determinant affecting the security power balance, be it regionally in Asia, the Indo-Pacific or beyond.

With the Communist Party's goals in place, Beijing shall continue its unrelenting unilateral provocations to change the territorial status quo by force within Asia in the regions highlighted above through 2023.