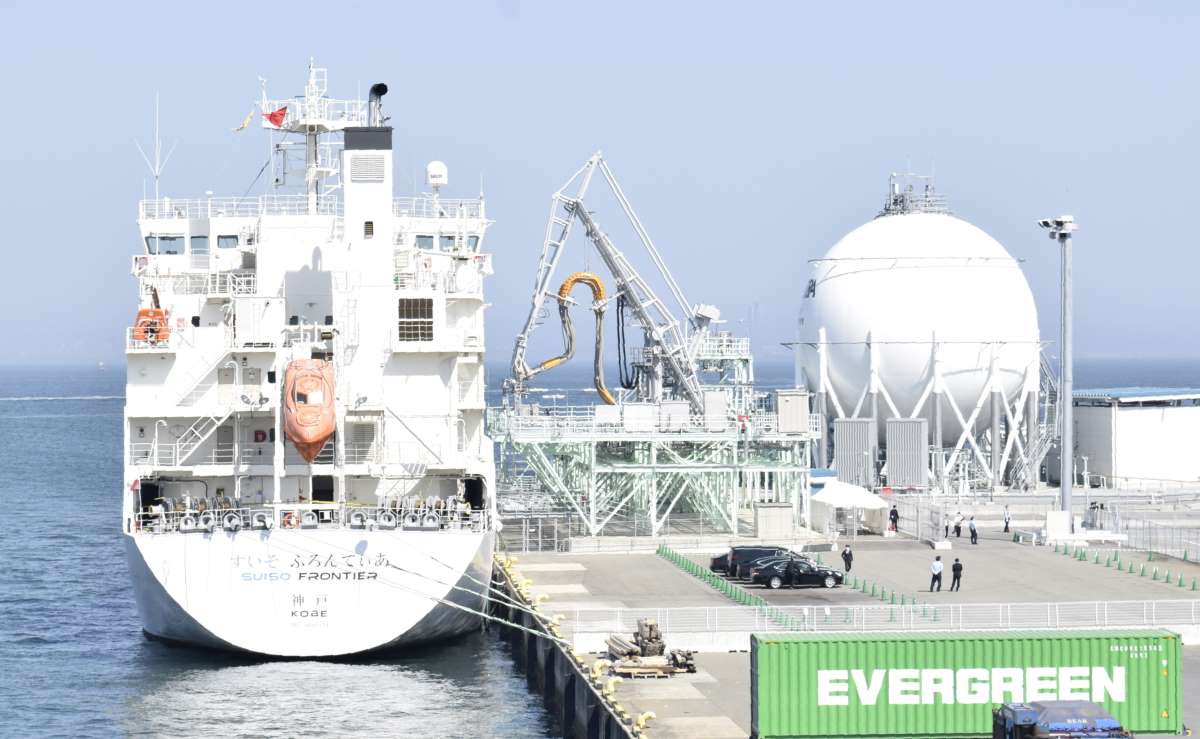 Amid growing concerns over securing stable supplies of fossil fuels like LNG (liquefied natural gas) and coal with the tense situation in Ukraine, efforts are underway to utilize hydrogen fuel, which emits no carbon dioxide when burned.

A ceremony on April 9 in Kobe marked the successful demonstration of a test case in which liquefied hydrogen was transported from Australia to Japan. Celebrating the achievement, government officials, including Prime Minister Fumio Kishida, were on hand.

Expectations for the early commercialization of hydrogen are growing, with proposals for support measures to expand its introduction in Japan.

During the ceremony PM Kishida pointed out, “Previous policies on securing energy supplies are being seriously questioned amid the Ukrainian crisis.”

“There is a need to balance ensuring a stable energy supply and achieving carbon neutrality, and the solution is hydrogen,” said the prime minister, adding that Japan is prepared to take “bold support measures”.

The test case was carried out by a joint partnership of seven companies, including Kawasaki Heavy Industries, Ltd. and Iwatani Corporation. It demonstrated how international maritime transport of liquified hydrogen could work on a large scale, using the world’s first liquefied hydrogen container vessel.

The transport ship, named the Suiso Frontier, departed from the Port of Kobe in December 2021 for Australia. Once it arrived, the ship was loaded with liquefied hydrogen produced from lignite, or brown coal, an inexpensive coal mined in the country. The ship then returned to Kobe in February.

Cost is the biggest challenge in building a liquefied hydrogen supply network in the future. Lowering the cost of transportation by increasing the size of ships and tanks therefore becomes an important factor. Further test cases of transporting hydrogen fuel between Japan and Australia are planned, while Kawasaki Heavy Industries and Iwatani are aiming to commercialize the project around 2030.

Hydrogen is “expected to play a central role in the carbon-neutral era” within Japan’s basic energy plan because it can be used in a wide variety of applications by industry as well as in homes.

Meanwhile, the government has announced its plans to gradually reduce or ban Russian coal imports.

Japan has pledged to pursue a carbon free society. There is an urgent need to utilize hydrogen as an alternative energy source to fossil fuels.