[Eternal Hokusai] The Religious and Symbolic Significance of Mount Fuji 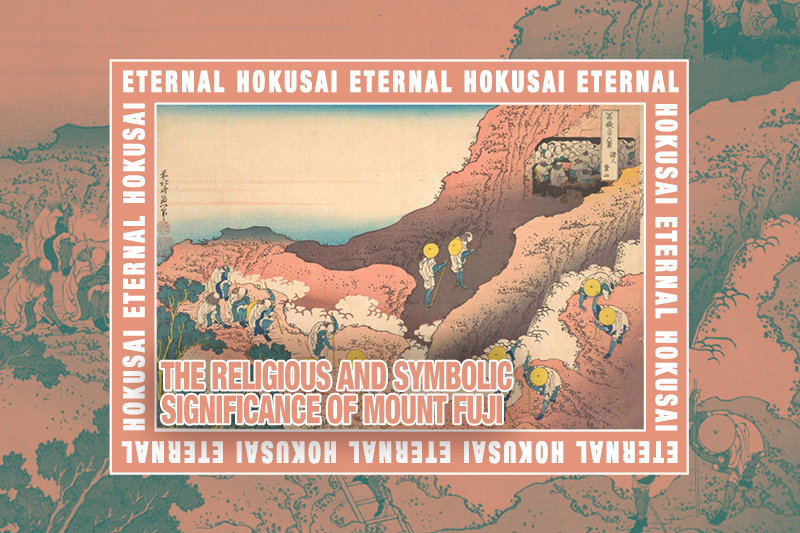 Part 4 of a series marking the artist’s 260th anniversary

Almost ten years ago, I decided to climb Mount Fuji. After a long hike, overcoming sore feet and the unpredictable weather, I enjoyed a magnificent sunrise from the top of Japan’s most iconic mountain.

Of course I was not alone. That year, 320,974 others attempted to reach its summit.

While the volcano is off limits this year to avoid the further spread of the coronavirus, hundreds of thousands of climbers normally climb Mount Fuji each year. Hopefully by the time of the postponed Olympics next summer, Japanese and foreign visitors can brace the slopes of the majestic mountain once again.

Mount Fuji’s popularity as a climbing destination is not only a modern phenomenon. Large numbers of pilgrims already traveled to its summit in the Edo period (1603-1868), and Hokusai immortalized them in his Thirty-Six Views of Mount Fuji.

The final print of his series is the only one where the cone of Mount Fuji is not visible, but the climbers take center stage.

Dressed in white outfits and leaning on their staffs for support, pilgrims climb laboriously over the steep and rugged volcanic rocks of Mount Fuji. On the left, a few pilgrims rest before making the final climb to the top. On the upper right, many huddle together in a cave for warmth and make religious devotions. On the surface of the rocks, the first rays of the sun take on a reddish hue. 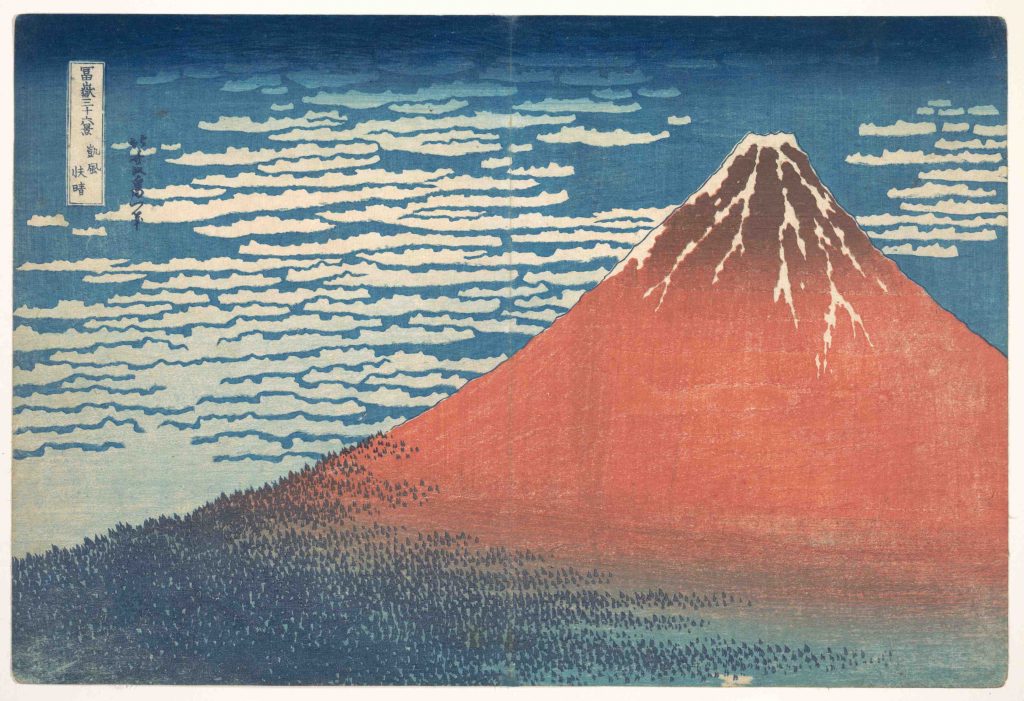 While the title of the series, Thirty-Six Views of Mount Fuji, suggests otherwise, this print is actually the 46th print of Hokusai’s series. It was the final one of ten additional views published after the release of number 36, an auspicious number. The ten extra prints may have been initiated due to the enormous commercial success of Hokusai’s series, although the publisher probably intended to release more than 36 from the start.

The hues on the rock suggest the appearance of that magic sunrise we climbers also patiently await today.

Hokusai honored this magical sunrise with an image of the mountain in late summer, now best known as Red Fuji. In this print, the reddish-brown mountain is striped with the last snow slides of the year around the summit, while myriad trees emphasize the monumental character of the mountain.

In Japan, Red Fuji is probably even more celebrated than the Great Wave, which is more popular abroad. 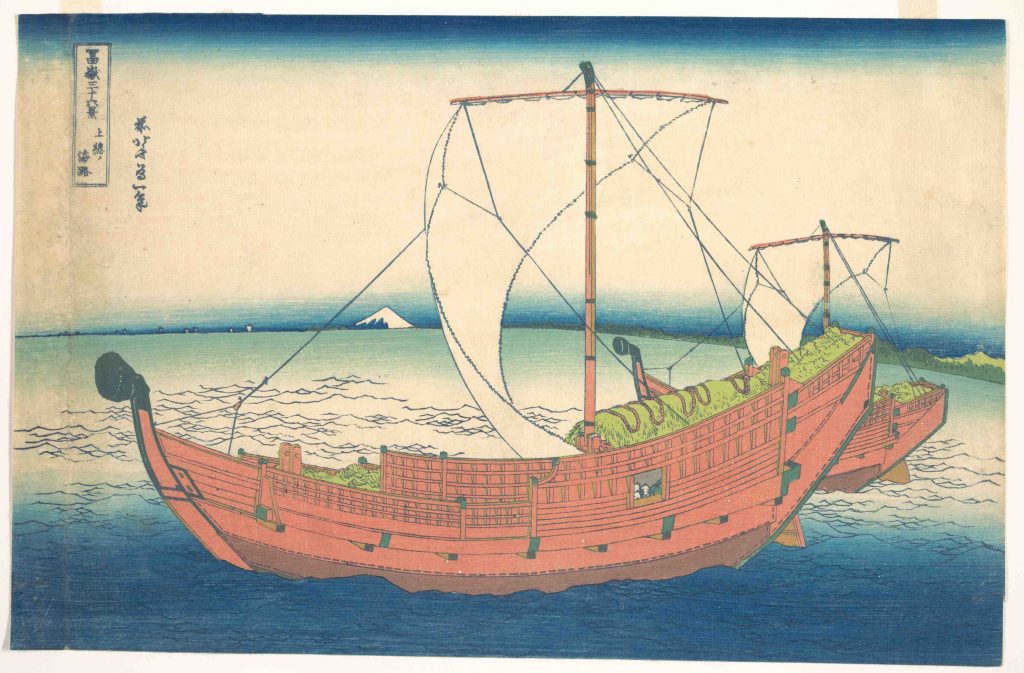 These two images in Hokusai’s Thirty-Six Views of Mount Fuji are rare. Most prints of the series show the mountain as a backdrop, like The Sea off Kazusa Province, which shows  Fuji from a cargo boat across the Bay of Edo in what is now Chiba Prefecture. Covered, in snow, the imposing mountain looms in the background from over a hundred kilometers away in clear weather, an image we know all too well nowadays, when traveling between east and west Japan by bullet train or plane.

Appearing from the clouds above the flat Kanto plains, Mount Fuji is a majestic sight today, but it was probably even more awe-inspiring in the past, when the volcano still occasionally erupted.

Other Views of Mount Fuji

Hokusai depicted the destruction caused by the Hoei Eruption of 1707 in his One-Hundred Views of Mount Fuji, a set of monochrome picture books published shortly after Thirty-Six Views of Mount Fuji. The volcano’s unpredictability made Mount Fuji like a deity, and the fact that pilgrims went to offer and pay respect to the mountain seems even more appropriate from this perspective.

Of course, the mountain has not only been destructive. Its life-giving water has been a source of fertility and rice for many centuries as well. 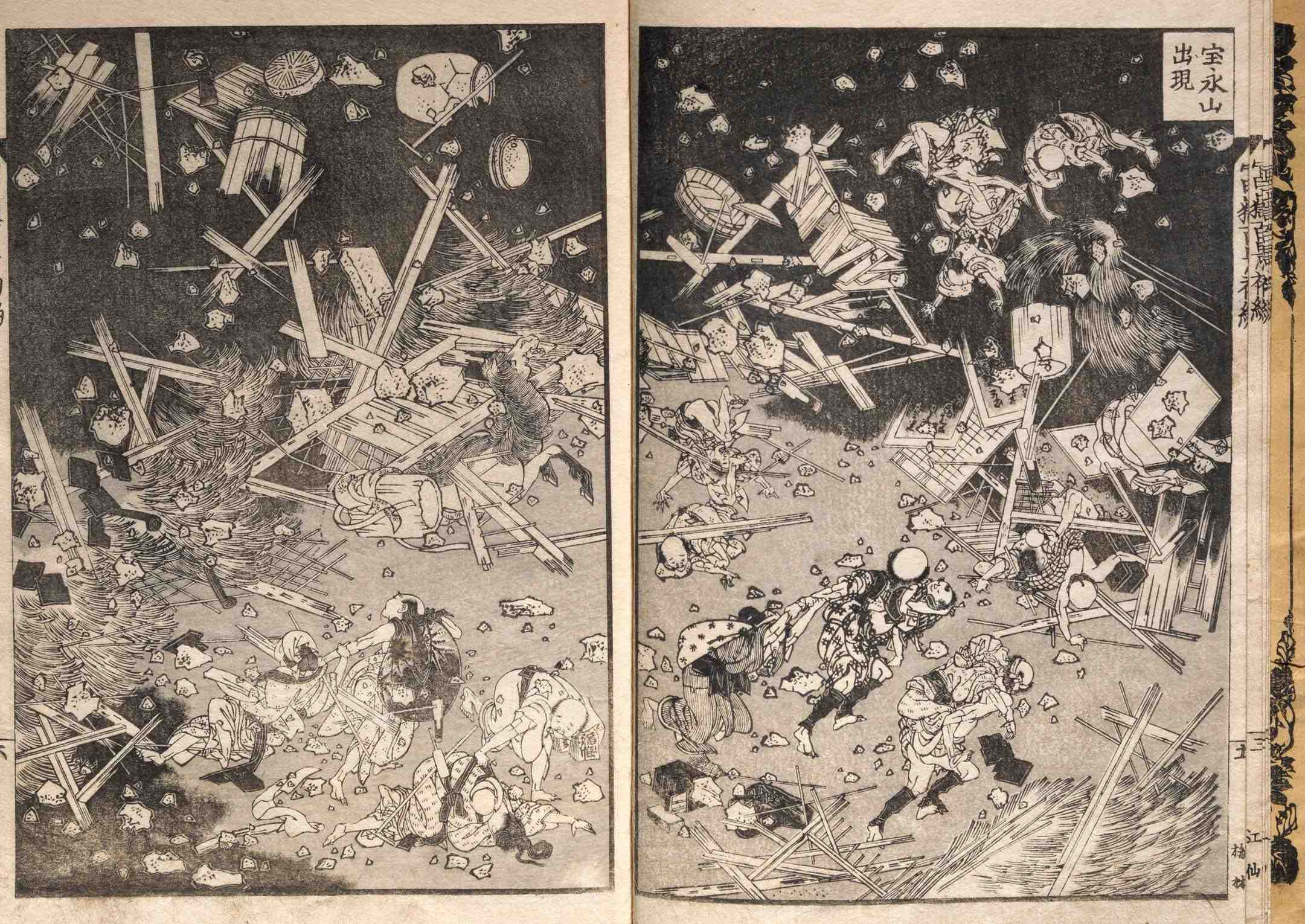 While the iconic mountain was mainly viewed as a sacred symbol in premodern Japan, people from outside Japan have come to view the mountain as the national symbol of Japan, ever since they first visited Japan as tourists in the Meiji era (1868-1912). Naturally, in Japan itself people have also viewed the mountain as a national symbol.

While the association of Mount Fuji with the homeland has been particularly strong in recent history, Hokusai probably already thought of Mount Fuji as symbolizing Japan in the early 19th century.

In his famous Hokusai’s Sketches, he depicted one of Japan’s most important and influential artists: Sesshu Toyo (1420-1506). Sesshu traveled to China to study ink painting, and was so highly regarded there that he was allowed to paint a set of murals in the forbidden city of the Chinese emperor. He was also the first Japanese artist to depict Japanese landmarks in the newly-transmitted genre of monochrome ink painting.

Thinking Sesshu must have missed his home country, Hokusai depicted him painting Mount Fuji from a boat in China. Thus, in this image, Mount Fuji becomes a national symbol representing Japan. 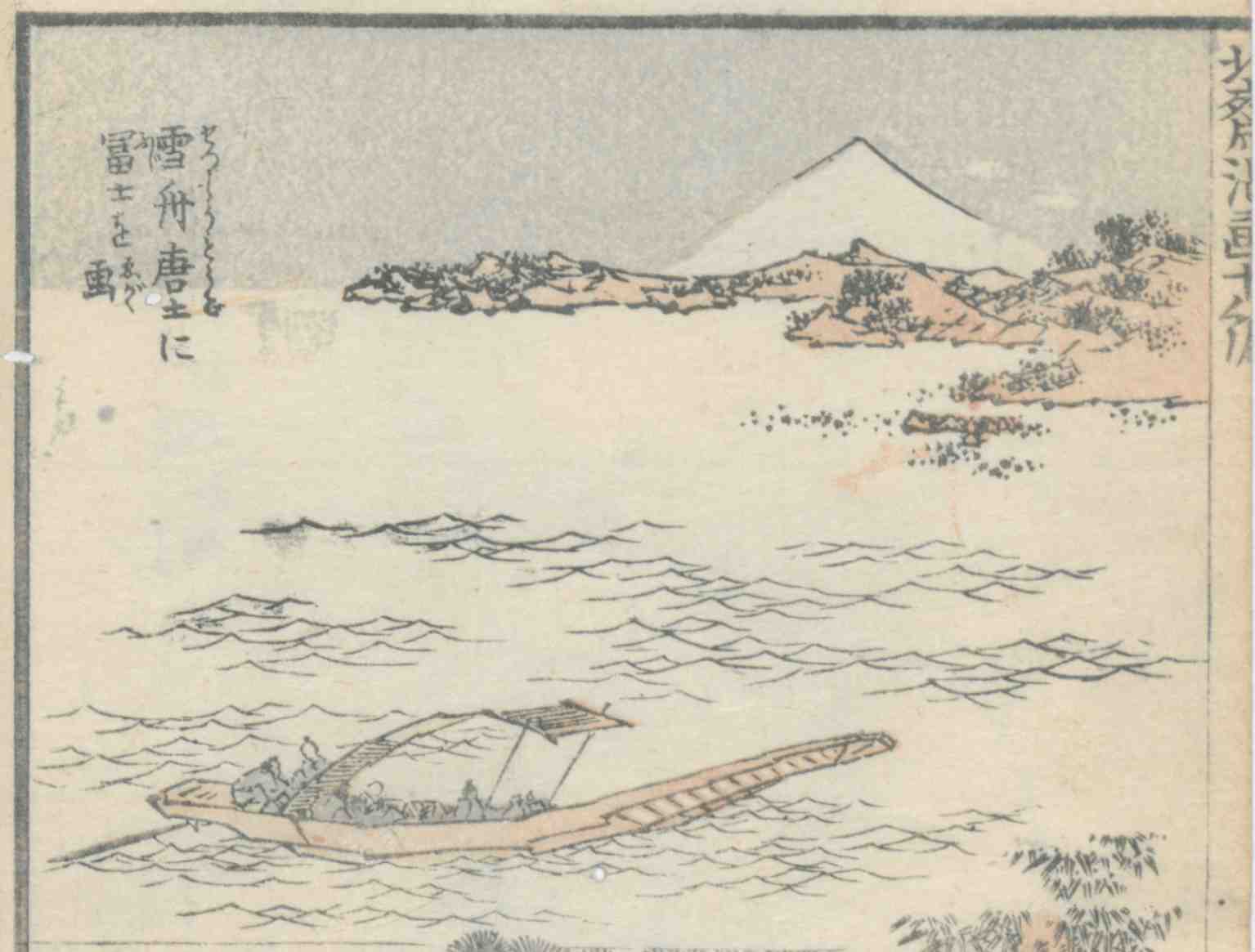 Not only Japanese artists have depicted Japan’s most iconic mountains. Korean delegations visiting the samurai government in Edo also sketched the majestic mountain in the 18th century.

From foreign visitors to Japanese pilgrims, the mountain has been awe-inspiring for centuries, and continues to do so in the present, as a sacred and national symbol of Japan.