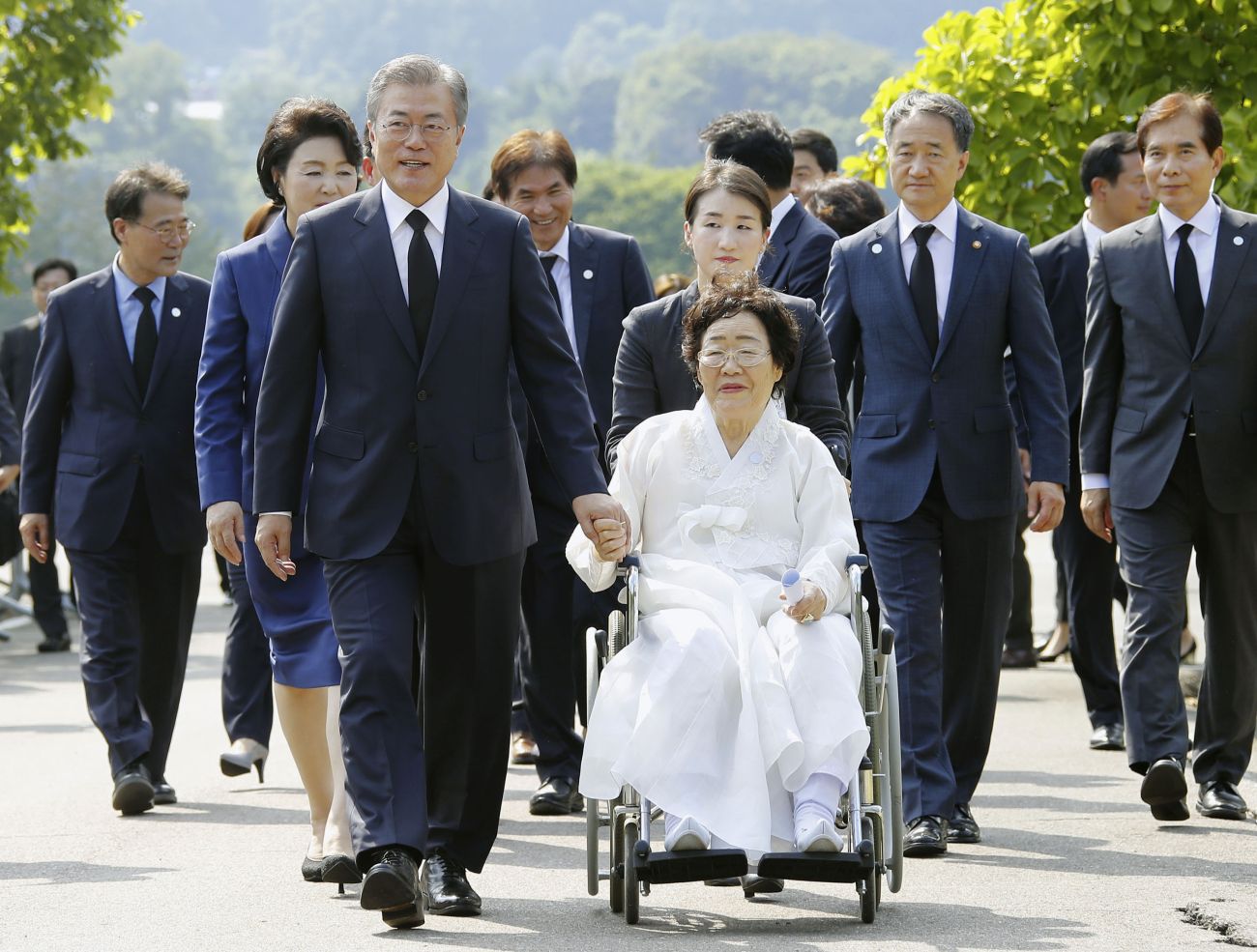 It has been 30 years since the release of the Asahi Shimbun’s fabricated coverage of the issue of comfort women, ushering in the deterioration of relations between Japan and South Korea.

In 1991, Asahi launched a colossal company-wide campaign on the subject of comfort women. That year, the newspaper released a whopping 150 stories on comfort women. As a result, the lie that “between 80,000 and 200,000 Korean women were forcibly taken to work as comfort women under the name of the Volunteer Corps” suddenly spread across Japan, South Korea, and the international community.

The newspaper’s campaign was supported by two pillars in the form of testimony given by Seiji Yoshida as the perpetrator, and Kim Hak Sun (aka Kim Hak-soon) as the victim. The Asahi Shimbun was the paper that broke their stories among Japanese and Korean media.

The first time that Asahi ran Yoshida’s testimony was in 1982. Afterwards, the story was not covered much until in 1991, when it was sensationally reported twice. In 2014, Asahi finally admitted that the testimony was fabricated.

Asahi first reported Kim Hak Sun’s testimony on August 11, 1991. This too was an Asahi exclusive, as the first to report Kim’s statements in the Korean and Japanese media. The article in the edition put out by Asahi’s Osaka headquarters started out as follows:

During the Sino-Japanese War and World War II, one of the “Korean comfort women” who was taken away to a battleground under the name of “Joshi Teishin Tai” (Female Volunteer Corps) and forced into prostitution with Japanese soldiers was found to be still living in Seoul. The “The Korean Council for the Women Drafted for Military Sexual Slavery” (co-chaired by Yun Chung-Ok, consisting of 16 organizations and about 300,000 members) began interviewing her. On the 10th, the council released a tape recording of the woman’s story to a reporter from the Asahi Shimbun.

However, in her account on how she became a comfort woman, Ms. Kim had never mentioned that she was “forcibly taken away” to battlegrounds under the name of the “Female Volunteer Corps,” as the article stated.

In a complaint for a trial demanding compensation from the Japanese government concerning the comfort women issue, Ms. Kim stated that she quit school due to her family’s poverty and was adopted by a man by the name of Kim Tae-Won. From age 14, she attended a kisaeng school for three years, and when she was 17 years old, her adoptive father took her to a Japanese military comfort station in China.

A different testimony stated that her mother received ¥40 JPY from her adoptive father when she started her kisaeng training after being adopted.

A Lie Cannot Be Acknowledged

After reading this complaint among others, I was shocked at the fact that people all over Japan were being deceived by Asahi, and, since 1992, I have been criticizing the newspaper’s coverage of the comfort women issue, including the cited article.

Asahi had launched a campaign, claiming that the comfort women were forcibly taken away, intentionally adding a verse to Kim Hak Sun’s background that she had been “taken to the battleground under the name of Female Volunteer Corps” — a statement which she had never made. Pointing this out, I wrote that it was a fabrication.

The reporter who wrote the article sued me in a civil court, claiming that my criticisms were defamatory. However, in March 2021, the Supreme Court issued a decision, saying that “the allegation that [the Asahi report] was a fabrication was indeed true,” and I won a complete victory in the case.

Kim Hak Sun was not a victim who was forcibly taken away by the Japanese military, but she was a victim of human trafficking by her parents as a result of poverty. It was the same story for another former Korean comfort woman who afterwards came forward.

Through the perspective of modern values, the legal prostitution system where parents receive advance payments while their daughters are forced into prostitution to repay their parents’ debt is indeed truly a severe violation of women’s human rights.

As a necessity of war, the Japanese military set up comfort stations throughout battlegrounds and had Japanese and Korean private companies operate them. Therefore, I am not opposed to the Japanese government expressing its apology and sympathy towards the women who worked at these comfort stations based on modern values. I too feel the same way.

However, Asahi’s campaign claiming that Korean women were forcibly taken away is a lie. A lie cannot be acknowledged.

However, in 2018, the South Korean government officially designated August 14, the day Ms. Kim Hak Sun spoke for the first time at a press conference, as a national memorial day for comfort women. As this year marks the 30th anniversary, there were many events and media coverage in South Korea.

In a video message made for the memorial day event, President Moon Jae In stated, “Thirty years have passed since the late Ms. Kim Hak Sun publically testified the facts behind the injuries she endured. Thirty years ago she testified, ‘I am Kim Hak Sun, I was forced to work as a comfort woman for the Japanese military,’ and the truth behind this one sentence was revealed to the world.”

In other words, Moon is still saying that Ms. Kim Hak Sun was a victim of forced labor.

Unfortunately, in South Korea, other than a small handful of online media outlets, there has been little mention of the fact that Ms. Kim Hak Sun was not a victim of forced labor, but rather a victim of poverty. There have only been repeated arguments made that the Japanese government committed crimes comparable to the Holocaust by forcing comfort women into prostitution, and claiming Japanese people have not expressed remorse or made sincere apologies for this wrong.

Naturally, the former Asahi Shimbun reporter who wrote the fabricated article is widely featured as “the Japanese with a conscience” on South Korean TV and newspapers.

At the end of August, I came out with a new book titled, 40 Years Behind the Japan-Korea History Perception Problem, which argues the responsibilities of Asahi Shimbun and its reporter in detail.

Let’s have a grand debate on how we can improve Japan-South Korea relations in both Japan and South Korea.

(Find access to the Sankei Shimbun Seiron column in Japanese at this link.)