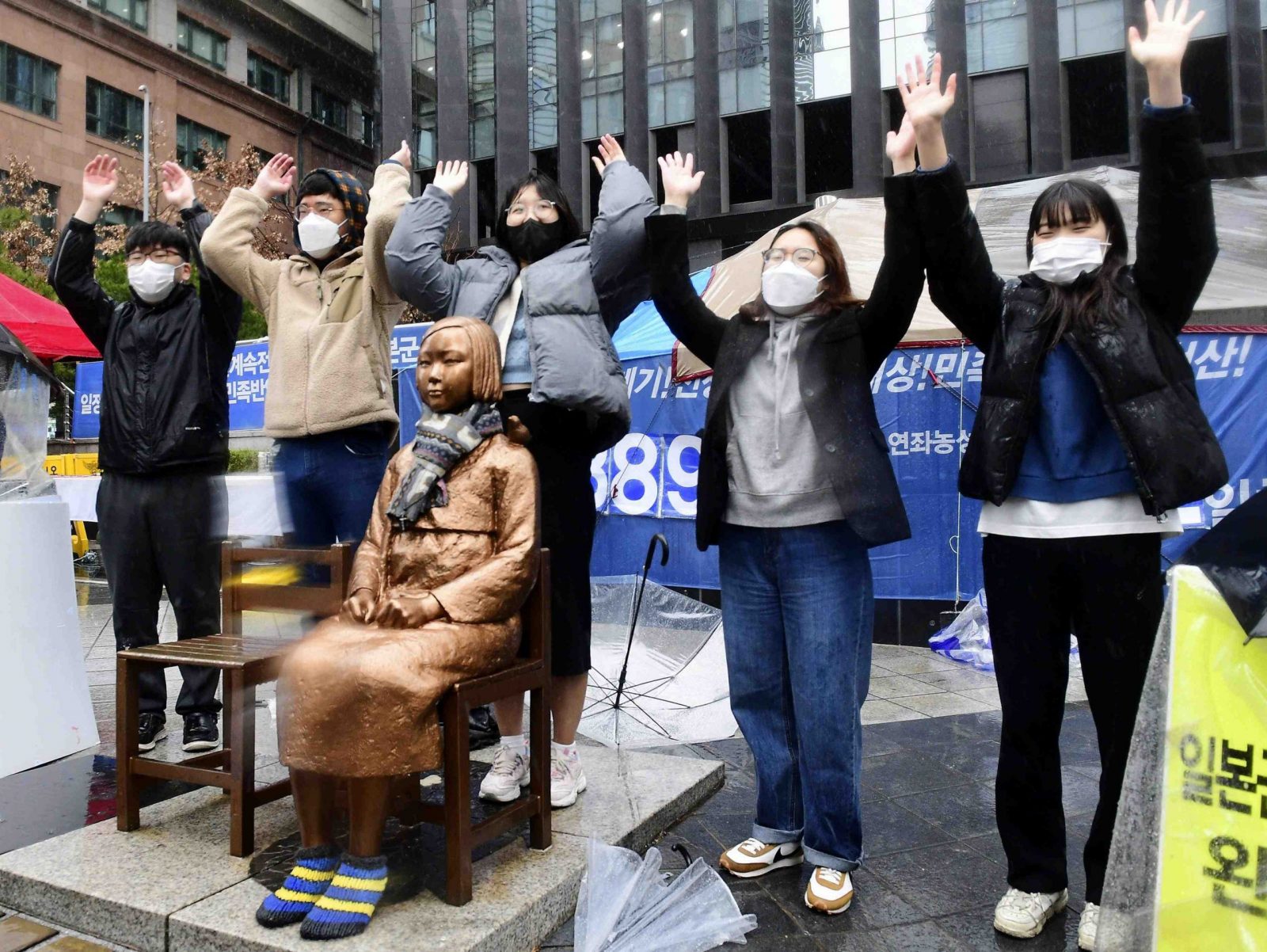 Bookmark is a JAPAN Forward feature that gives you long reads for the weekend. Each edition introduces one overarching thought, in some cases branching off into a wide variety of themes. Our hope is for readers to find new depths and perspectives to explore and consider.

Part 2: [Bookmark] The Substance of Contracts: Why Ramseyer is Correct About Korean Sex Workers


The essence of a "contract” is the “meeting of the minds,” and "written contracts" are only evidence of it.

Quite a few people are criticizing the fact that Harvard Law professor J. Mark Ramseyer did not present written contracts as evidence in his article on comfort women. However, according to law textbooks, the essence of “contracts” is the “meeting of the minds,” and “written contracts” are only “evidence” of it.

Let’s take a look at this example. The following is cited from Military Comfort Women of Chosun Taken to China 2 (Hanul Press) published by the Korea Chongshindae's Institute. The person who testified here is ByungSook Hyun, a former Japanese comfort woman:

Joon-chul Bae (Questioner): ‘Then you got paid money to go to the hostess bar?’

I got paid 500 won for the term of 2 years. I gave my mother and father the 500 won. Then, I thought if I just do nothing, I wouldn’t be able to do anything for my family. I thought I would go to another place and get paid again and give the money to my mother and father. I didn’t go to the countryside anymore.

The testifying witness had already worked as a prostitute at a restaurant. After hearing her brother tell her she should get married, she chooses to make money instead. So she goes find a person:

Joon-chul Bae: ‘But did you know what you would be doing in China when you went there?’

I knew. I went knowingly.

Joon-chul Bae: ‘Did you know that you would be receiving a lot of Japanese soldiers, too?’

She knew very well what the man who “buys girls” was gathering women for. Next, she negotiates the contract terms:

Joon-chul Bae: ‘Did you hear all about that from somewhere?’

As I said in my previous article, in order to get a job as a comfort woman, one needed parents’ approval. Her father says no at first, but he ends up accepting it, not able to turn her down. Of course, her father also knew what she would be doing:

Yes, of course, he said, ‘if you brought either your mother or father, I gave me [sic] money’. He even asked me to get a stamp from my grandmother and grandfather. It was tough then.

Joon-chul Bae: ‘How old were you then?’

I was probably about 16. Because I also worked at a bar for two years. They say I should also get stamps from my grandma and grandpa. I mean, there’s no way my grandma and grandpa would give me their stamps. So I beg my father, who trusts my words, ‘Dad, there’s a guy who came to buy girls and he’s offering this and this much, and I’ll go far away to make money.’… I wanted to see him live well. I just wanted him to be able to use money and eat what he wanted … ‘Dad, talk to him for me.’

In this case, upfront advances were only paid in the presence of women’s parents. But in return, parents and grandparents needed to give their consent as well as their stamps.

If this is not a contract, then what is? In their contract, they even add a condition that their daughter should not be sold to another place:

Father said, ‘If you insist, I’ll talk to him for you.’ So we put my mother’s name and father’s name and put their stamps on it. ‘But they tell me I need stamps from grandma and grandpa, too. What should I do, dad?’ ‘Then I’ll write it.’ So my dad writes it and put the stamps of grandma and grandpa, then we got all the agreements. My father says, ‘Since I sold my daughter to you, you can’t sell her to someone else again.’ That was the promise… ‘That’s up to you.’… 'Then, it shall be that way. Let’s go.’

Her father said he would write it, and he actually wrote and stamped it. It was probably the contract that he wrote and stamped. That is how she came to work as a prostitute again, but the first place she went did not have many customers. She blames it on her appearance. So she went to Bongchun, China:

Well, as for me, I couldn’t get a single client over there. I’ve got an ugly face. Clients want pretty girls. Who would choose an ugly one? There are lots of girls there. About 20 ~ 30 women. They are all from Chosun. To the son of the guy who bought me, I say ‘If I stay here, I won’t be able to pay my debt. Bring me somewhere else.’ ‘But in the contract, your father said I couldn’t sell you to someone else.’ ‘When I, myself, consent to this, is there a problem?’ ‘Well, then let’s go to Bongchun. Let’s go by the agency and if someone chooses you, I’ll receive that money.’ ‘Then, do you want to receive interest?’ ’Ah, I don’t receive interest. Just make something of yourself and go back home.’

The man said “in the contract [her] father said [he] couldn’t sell [her] to someone else.” That is, prohibition of resale was written on the contract. This means that they must have had a contract in writing. Here we can also note the process of resale of prostitutes. The bonds on the wage advance were transferred to the new buyer. It seems that in some cases interest was paid, and in others it was exempted. The brothel or comfort station in Bongchun was used by both civilians and Japanese soldiers:

Joon-chul Bae: ‘Ma’am, what kind of clients came to the hostess bar?’

As she couldn’t make money in Bongchun, either, she decided to follow the army herself and moved to Bengbu, Anhui. The owner of the comfort station there was also Korean:

I said I couldn’t stay here. I wasn’t going to make money if I didn’t follow the army and earn money in the countryside. So I got chosen in Bongchun again and came to Bengbu.

Joon-chul Bae: ‘So at that time, your debt of 3000 won was transferred to the owner in Bengbu then?’

Joon-chul Bae: ‘“The owner in Bengbu was also Korean?’

Yes. They are all Koreans.

She moved from somewhere in China to Bongchun, then to Bengbu. The first place she went seems like an ordinary brothel, but there aren’t many details about it. Her workplace in Bongchun was for both soldiers and civilians, and it seems that her workplace in Bengbu was a comfort station for the only Japanese military.

If the first place she went was an ordinary brothel, it means that her path of becoming a military comfort woman from being an ordinary prostitute was very simple and involved no particular obstacles. Being “transferred” to a new comfort station owner was all it took. Just like in the resale of prostitutes between brothel owners, the owner of the brothel simply had to resell her to a military comfort station.

In any case, in the example discussed above, the former comfort woman who testified signed a contract. Obviously, there could have been cases where they simply made oral contracts. But what remains clear is that this case involved a “contract.” It’s because when she made the contract in Chosun, she precisely knew that she would be receiving Japanese soldiers in China.

Furthermore, the contract included the negotiated amount of the upfront advance, the contract period, and the condition on resale. There was an agreement granted by the head of the family as well as his stamp. The comfort woman and her parents were well aware of what her job entailed, including the fact that she would be receiving Japanese soldiers as clients. The comfort woman even knew that in case of resale, the upfront advance would be transferred to the new brothel owner.

Now, are you still going to insist that contracts did not exist?

Lee Wooyoun is an author and scholar with a Ph.D in economics, specializing in Korean economic history. His is currently a Researcher at the Naksungdae Institute of Economic Research


Articles by this author related to this debate:

Articles by other authors related to this debate below and here.