Finally, a Statue for General Higuchi who Saved Thousands of Jews from Nazi Persecution 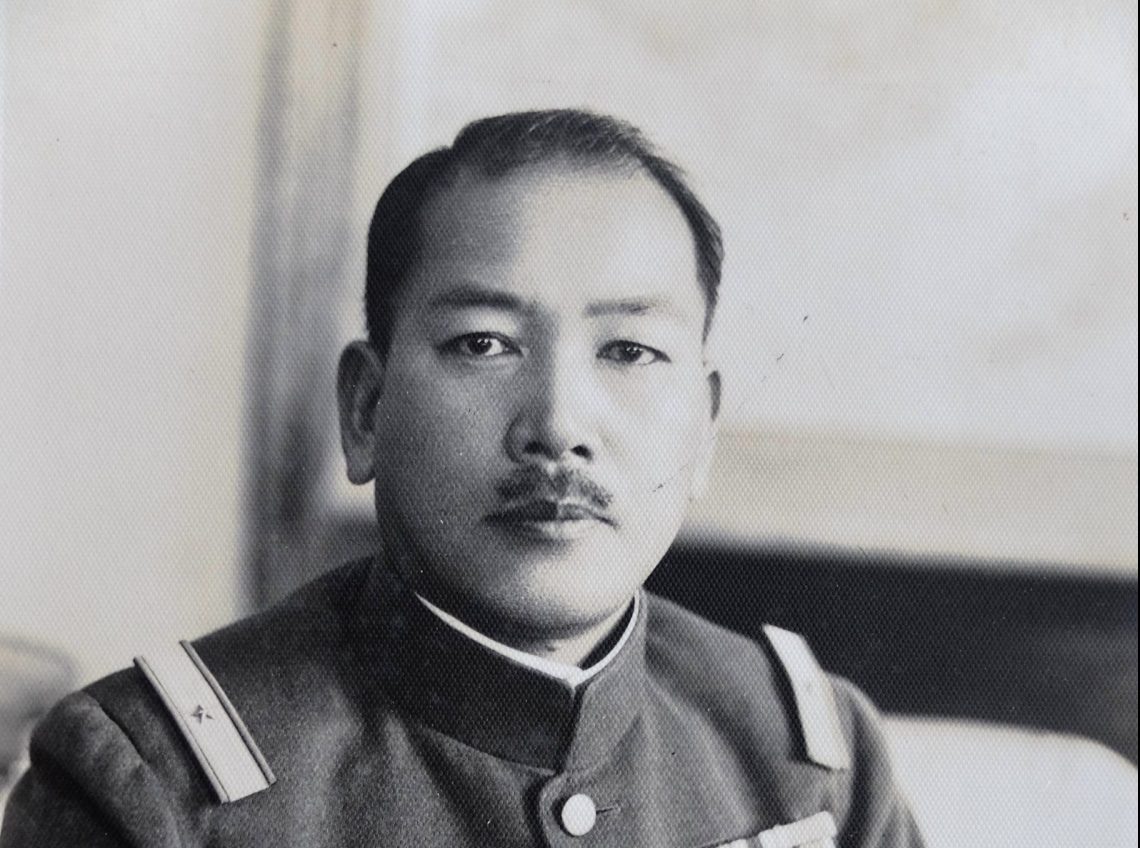 Lieutenant General Kiichiro Higuchi, Japanese Imperial Army, who saved the lives of thousands of Jews by providing them a way to pass to safety.

Plans are underway to build a bronze statue commemorating the achievements of Japanese Imperial Army Lieutenant General Kiichiro Higuchi (1888-1970), who saved the lives of Jews under persecution by Nazi Germany immediately preceding the outbreak of World War II.

Ryuichi Higuchi, grandson of General Higuchi and professor emeritus of Meiji Gakuin University, launched a committee for the erection of a statue depicting the general, it was learned on April 12. Edward Luttwak, a renowned authority on strategic theory, has joined the committee.

The statue is expected to be erected in General Higuchi’s hometown on Awajishima, an island in Hyogo Prefecture in the autumn of 2022. The committee is considering locations such as the Izanagi-jingu Shinto Shrine in the city of Awaji for the installation. A fundraising organization will be established by the end of May 2021, with a target of raising funds of about ￥20 million JPY (about $183 thousand USD) for the project.

General Higuchi, while serving as commander of the Japanese-occupied Chinese Harbin Special Branch in 1938, accepted Jewish refugees from Nazi Germany who had been stalled on the Soviet border with Manchukuo, then under the de facto control of Japan in northeast China and Inner Mongolia. He provided them exit visas by way of the former Soviet Union, carving out what became known as the “Higuchi Route” for escape to Manchukuo. Approximately 20,000 Jewish refugees are said to have been rescued.

Two years later, in 1940, Chiune Sugihara was appointed as consular agent of Japan’s Lithuanian consulate in Kaunas and issued “Visas for Life” to save the lives of other Jewish refugees.

At the time of the war’s end in 1945, Higuchi was commander of the Sapporo-based 5th Area Army for the defense of Japan’s Northern Territories, where he led operations for the self-defense of Japan against troops of the former Soviet Union on Shumshu Island in the Kurils and South Sakhalin Island. He was widely credited with preventing the Soviet invasion of Hokkaido, in honor of which the Higuchi Kiichiro Memorial Hall was opened in the city of Ishikari, Hokkaido, in September 2020.

Higuchi rescued Jewish refugees despite the Germany-Japan Anti-Comintern Pact of 1936. While there was opposition in Japan, his actions gained tacit approval from his superior, Hideki Tojo, then Chief of Staff of the Kwantung Army, the Japanese armed forces in Manchukuo.

Higuchi’s name is included in the “Golden Book of Jerusalem” that lists the names of those who contributed to the Jewish people. However, because he was a member of the military, unlike Chiune Sugihara, he is not ranked with the “Righteous Among Nations,”  at Yad Vashem, Israel’s official Holocaust history museum, known as the World Holocaust Remembrance Center.

The committee wants to spread the message of Higuchi’s humanitarian achievements by erecting the statue.

Mr. Luttwak said, “Higuchi took the initiative with bold and courageous action in a time of turmoil and unpredictability. Many among the 20,000 saved became ambassadors and scientists, because of his help.”

“But as you know,” Luttwak added, “Higuchi is not recognized as a hero by Yad Vashem. There are always good soldiers everywhere you go, in every country, every era. Higuchi deserves to be widely honored.”