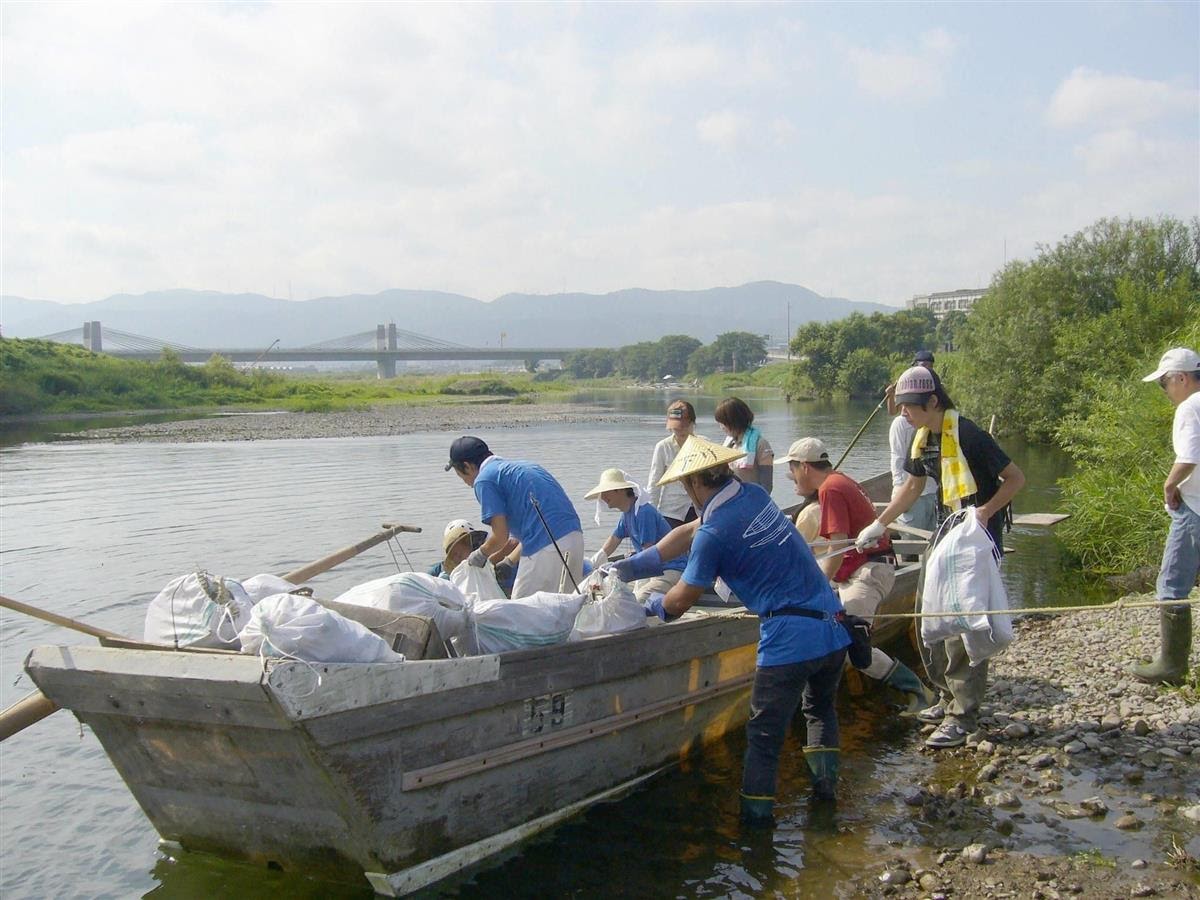 It has been three months since the town of Kameoka, near Kyoto, became the first city in Japan to ban plastic bags at checkout registers retail stores. Adopting the measure to reduce plastic waste, the population of just under 88,000 people has quickly grown accustomed to the new plastic-free lifestyle and the rate of shoppers bringing their own “My Bag” has increased to 98%.

After raising environmental awareness, the city now plans to encourage the use of personal bottles (My Bottle) with the aim of reducing the volume of empty plastic bottles in the future. Their goal is to move forward and become an environmentally advanced city.

The scene is in Matsumoto supermarket’s store in the Aratsuka district of Kameoka, a town near Kyoto, Japan. Shoppers who have finished paying take out their own shopping bags one after another, and pack them with purchased groceries and everyday items.

“Surprisingly, when you get used to it, you don’t feel inconvenienced,”  said Ayo Murayama, 36, who began using her own bag seriously after the ordinance came into effect. Now she carries several sizes of reusable bags with her. Even when shopping elsewhere in the region, she and many Kameoka residents no longer ask for plastic bags, demonstrating their understanding that it is good to be environmentally friendly.

The city ordinance prohibits all retailers — including mom-and-pop stores and convenience stores — from providing any type of plastic bag, even at a cost. Paper bags provided by shops are still allowed, but customers must pay for them or other alternative bags beginning in June 2021.

Enforcement is provided by peer pressure. Companies that fail to comply will have their names disclosed, among other yet-undisclosed sanctions.

The city has received both positive and negative reactions from residents and business operators since the new rules went into effect. The most common complaint has beens that “it is inconvenient to have shopping bags banned.”

Most of the approximately 700 retail stores in the city, however, now cooperate, and more and more people are bringing their own bags. According to the city’s survey of major supermarkets and commercial facilities, the rate of those bringing their own bags has increased to 98% as of February 2021, from 53.8% in April 2019. According to Tsuyoshi Yamauchi, a city employee who has been involved in the initiative, “citizens’ awareness is steadily climbing.”

What triggered the recent ban was the problem of pollution in the Hozu River, which runs through Kameoka City. Going down the Hozu River from Kameoka to Arashiyama, Kyoto, on a boat, has long been a popular sightseeing route. But the scenery has deteriorated over the decades because of the problem of plastic garbage floating along the riverbank. Then, in 2004, the boatmen started cleaning it up and working on measures to prevent plastic waste.

In December 2018, the local government put out a “Declaration of Zero Plastic Waste in the Reiwa Era” with the aim of breaking away from disposable plastics by 2030. The ordinance enacted in 2020 is intended to make plastic bags more expensive, and ultimately ban them.

The road to implementing the city’s plan has been steep and thorny, with business operators and residents objecting, saying that it was “premature” and would “adversely affect performance.” However, as the dialogue continued, the significance of these efforts finally began to sink in.

Kameoka started charging for plastic bags in 2019, ahead of the rest of Japan. In March 2020, it passed a city ordinance to ban them altogether. Yamauchi hopes that Kameoka’s efforts “will throw a pebble into the pond of discussion on the issue of plastic waste elsewhere.”

The city is thinking ahead as well. As environmental awareness increases, the city has begun to promote the concept of “My Bottle” (personal refillable bottles) to replace one-use plastic beverage bottles as the next target toward achieving zero plastic waste.

Setting an example, seven public facilities, including the city hall, have installed water coolers that provide drinking water. The initiative is being expanded in the fiscal year starting April 2021, with water coolers supplied to public elementary and junior high schools. Restaurants are also being encouraged to cooperate by becoming “water supply spots.”

As Yamauchi sees it, “The aim of an environmentally advanced city is to normalize life without the use of plastic bags and bottles, even without passing new rules.” Kameoka City’s initiatives in this regard are likely to attract attention in the future.

Marine pollution from disposable plastic products, such as plastic bags and straws, is a global problem, and in discussions in many countries measures are underway to reduce them. At the 2016 World Economic Forum annual meeting in Davos, a report predicted that at least 8 million tons of plastic would flow into the ocean each year, exceeding the total weight of fish living in the ocean by 2050 if measures were not taken.

The United Nations Sustainable Development Goals (SDGs) have 169 specific targets for achieving 17 goals. One of them is to “prevent and significantly reduce all types of marine pollution, including marine waste by 2025.” At the G20 Summit held in Osaka in 2019, the issue of marine plastic litter was on the main agenda for the first time, and member countries shared their vision for reducing to zero the plastic waste flowing out to the sea by 2050.

As part of this effort, France has banned some single-use plastic products, such as cups and plates, since January 2020. Similar discussions have been held in the European Union, the United States, Taiwan, and other countries, with the aim of moving away from disposable plastics altogether.