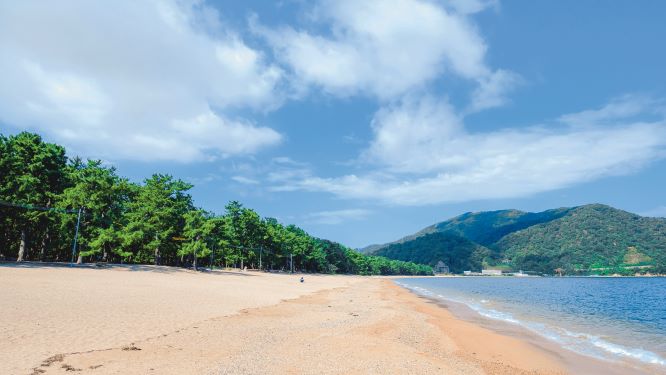 “Kehi no Matsubara” is a scenic spot of Japan. The contrast between the vast sandy beach of about 400,000m² and the pine forest of 17,000 trees has long been loved by the people.

“Kehi no Matsubara” is a scenic spot of Japan. The contrast between the vast sandy beach of about 400,000m² and the pine forest of 17,000 trees has long been loved by the people.

—Visit Tsuruga and save its long-beloved sea and beaches— 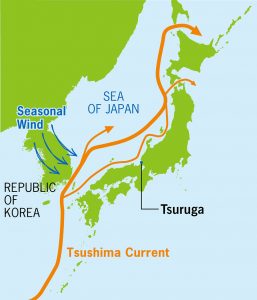 The Tsuruga Bay in Fukui Prefecture faces the Sea of Japan to the north, with mountains in every other direction. Located deep in the bay, the Port of Tsuruga has thrived since long ago as a gateway to mainland Asia.

It is also known as a “port of humanity” for accepting Polish orphans after the Russian Revolution and Jewish refugees during World War II.

In addition, the bayside is home to the beachside pine groves at “Kehi no Matsubara,” whose majestic scenery has a longstanding reputation. The sandy shore here is a popular swimming spot in summer. Members of the local community have a special place in their hearts for the quaint beaches running along the bay.

In recent years, however, this beautiful bay has been plagued by ocean garbage. Because of the way the deep bay brings in water from the Sea of Japan, it produces high waves in winter that carry an especially large amount of trash. The amount of trash washing up onto the bay’s east side, in particular, has grown at an alarming rate.

Meanwhile, much of the dramatic increase in plastic waste over the past decade has been originating from other nearby countries. In the fiscal year ending in March 2020, over 350m3 of plastic trash will be processed in the city of Tsuruga. 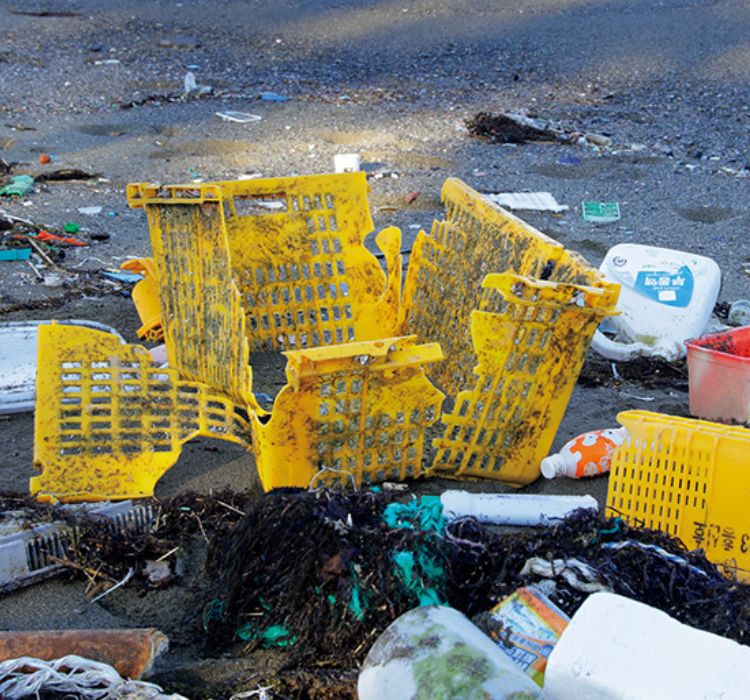 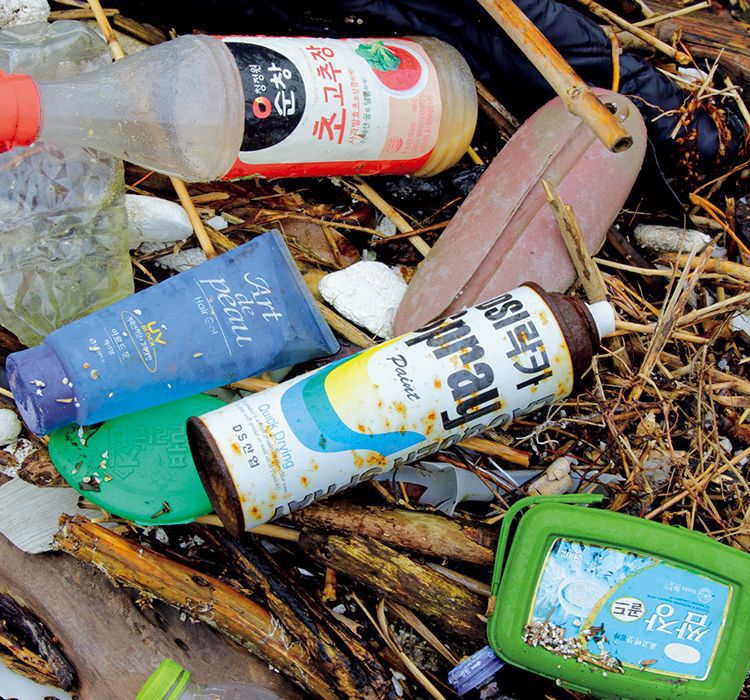 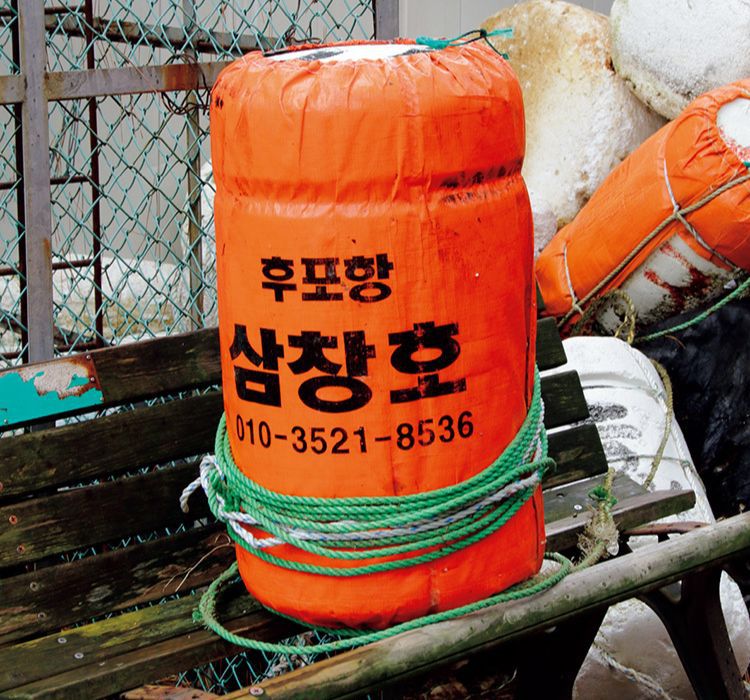 A large quantity of plastic waste with labels in other languages washes ashore in Tsuruga Bay, where the environment is influenced by the Sea of Japan’s currents.
Advertisement

At the G20 Summit in June 2019, countries agreed to swiftly take action both nationally and internationally, in partnership with relevant stakeholders, to prevent and significantly reduce discharges of plastic litter and microplastics to the oceans. In addition, the “Osaka Blue Ocean Vision,” which aims to reduce additional pollution by marine plastic litter to zero by 2050, was shared. There is a recognition now that the problem of ocean garbage is a global issue that transcends borders.

Despite the G20 agreement, Tsuruga’s residents are in dire straits. Along the bay, which once had a thriving salt production industry as part of its history, the people have a long-held custom of keeping the beaches clean, and for many years, local volunteers and fishermen have joined cleanup efforts.

Due to the ceaseless stream of trash that the currents cast onto the shore in winter, the major cleanups happen in early summer, when the beaches open to swimmers. Elementary school students also pitch in, but with the birthrate falling and the population aging, there is a limit to what the community can do.

At present, Tsuruga municipal government has stepped in to help organize a framework for certain designated businesses to routinely clean up the beaches. Since 1992, the city has also participated in the Clean Up Fukui Drive, a prefecture-wide environmental beautification project. These two efforts exemplify how the government and the business community are taking on the never-ending fight against ocean garbage together.

We cannot stop the trash from coming ashore. Just like reducing CO2 emissions, I believe that ocean garbage is a problem that countries and people around the world need to tackle together.

So said a resident who has dealt with the waste for many years in an area where an especially large amount of trash washes up. The community is doing what it can, holding summer festivals on the shore and other activities to offer the children, who are tomorrow’s leaders, opportunities to interact with the sea. Their hope is that by having a closer connection to this beach, those children will develop a love for beautiful Tsuruga Bay and a desire to preserve it. 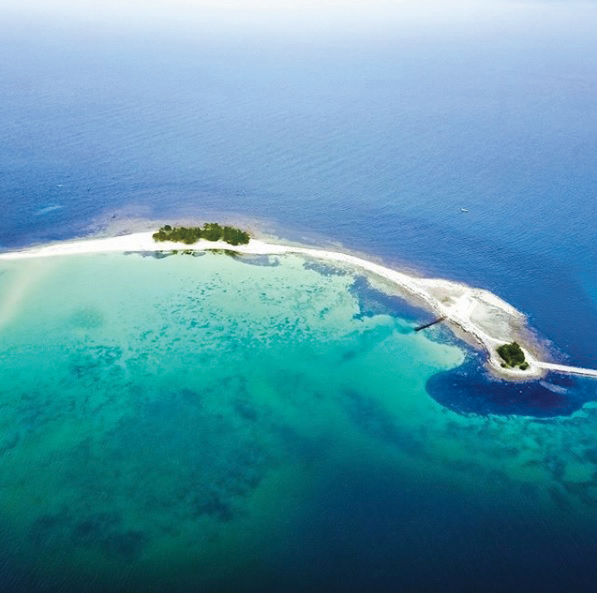 “Mizushima” is an uninhabited island located at the tip of Tsuruga Peninsula. This small island, about 500m in length, is a popular sightseeing spot with clear, blue, shallow waters and white sandy beaches. 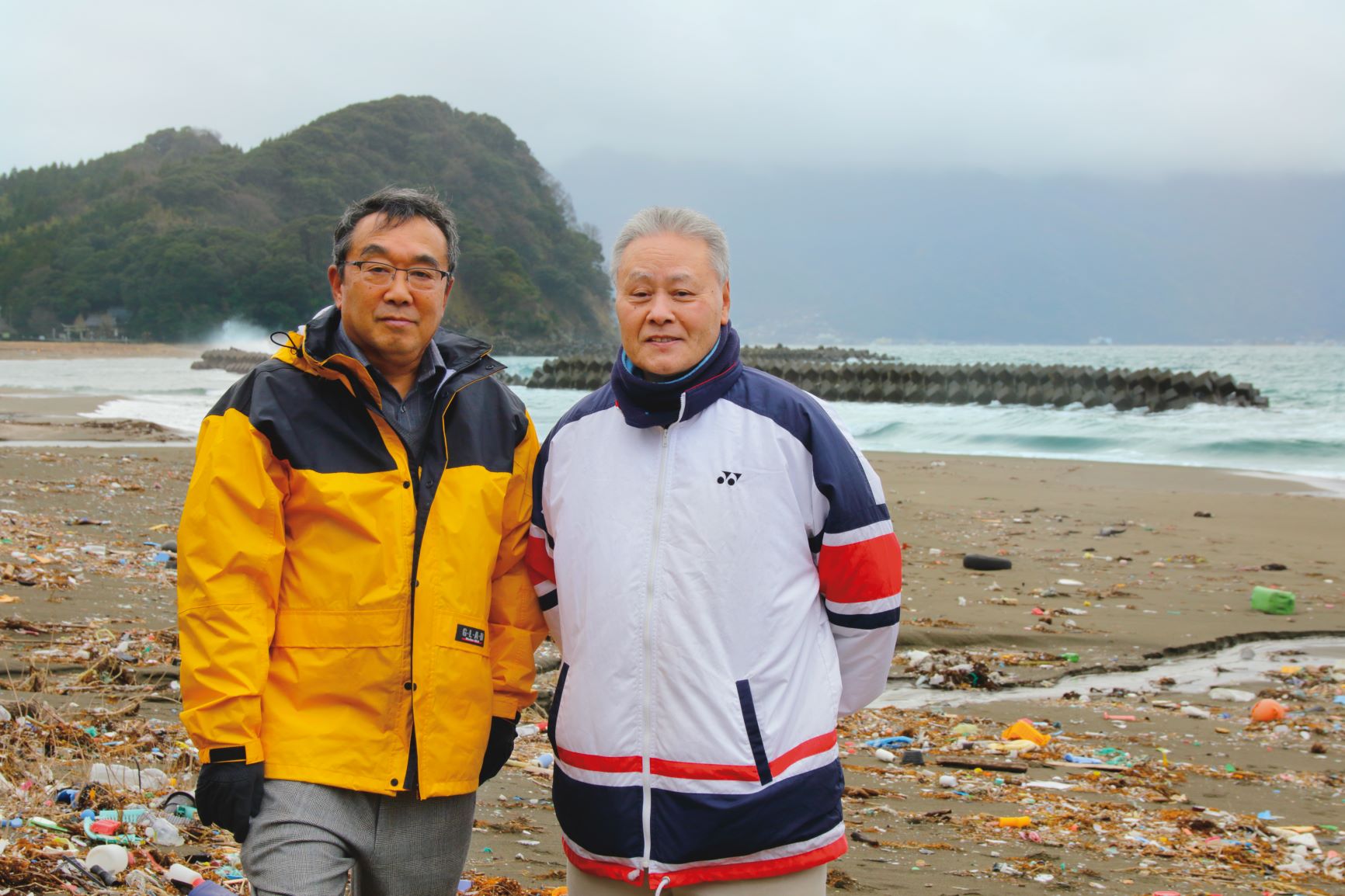 For many years, local residents have been working to preserve their beaches.