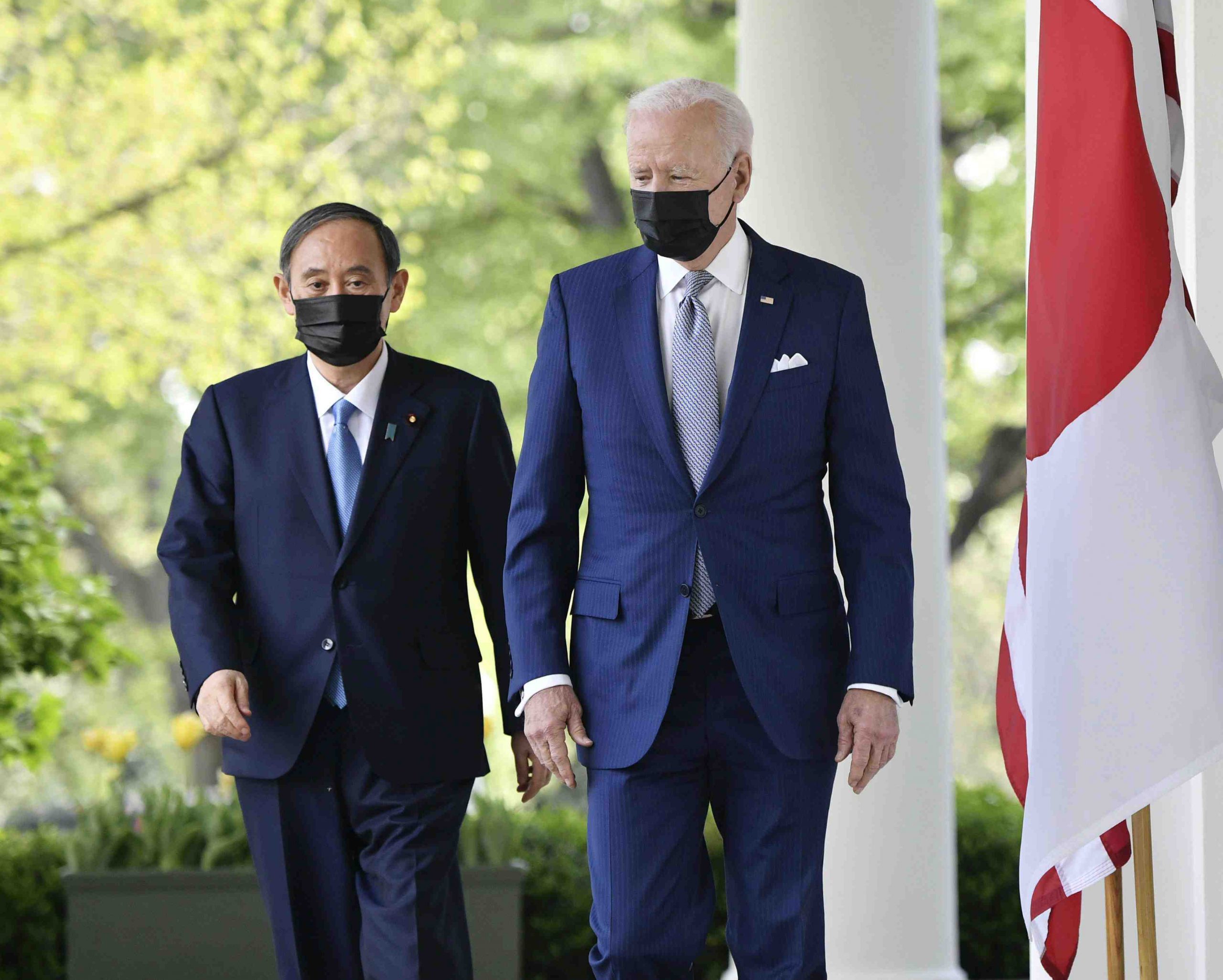 For anyone who chooses a life in politics, the prospect of a long, private discussion with the President of the United States must seem like the ultimate career highlight.

For Japan’s Prime Minister, Yoshihide Suga, 72 – who has spent many years in the political background – it must have felt a particular honor to be feted as a VIP in Washington. On April 17, he became the first national leader to meet Joe Biden for face-to-face talks at the White House.

Unfortunately, due to COVID restrictions, there was no grand banquet for Mr. Suga and his entourage following the meeting. His wife stayed in Tokyo. And media attention was less intense than usual, with only a handful reporters on the famous Rose Garden lawn of the White House.

During the press conference, Mr. Suga looked deferentially towards his host and was careful not to stray from the script they had agreed.

Some aspects of their joint communique were included at the request of the Americans, particularly a message about Taiwan.

In my opinion, the U.S. State Department would probably have liked it to be more bluntly worded. The nuanced diplomatic language felt as though it had been passed through many hands among the cautious diplomats at Japan’s Ministry of Foreign Affairs.

“We underscore the importance of peace and stability across the Taiwan Strait and encourage the peaceful resolution of cross-Strait issues,” the statement said.

Despite this subtle phrasing, the statement still provided a clear signal that Japan does not expect America to take sole responsibility for the defense of Taiwan. I am sure that Mr. Biden will be pleased to receive the support of an ally on such an important issue.

To China, this joint front on Taiwan remains an anathema. A fiercely nationalistic editorial appeared in the Communist Party newspaper The Global Times soon after the White House summit.

“Japan is the Asian country that most wants to contain China,” claimed the paper.

“The biggest shared value between the U.S. and Japan is actually the jealousy and hatred they both have against China’s strong development momentum. The U.S. hegemonic thinking can’t accept its status being matched by China, while Japan can’t accept becoming a second-class country compared to China, again.”

I think this propaganda will be scoffed at by Mr. Suga’s conservative supporters, including younger Diet members who have been pressing for a more robust position on China.

Nevertheless, it would appear that in return for risking China’s ire over Taiwan – a hitherto taboo topic – Mr. Suga sought support from Mr. Biden in other areas.

The joint statement reaffirmed America’s support for Japan’s sovereignty of the Senkaku Islands, where militarized Chinese coast guard ships have been active recently.

“Together, we oppose any unilateral action that seeks to undermine Japan’s administration of the Senkaku Islands,” it said.

At the press conference, Mr. Suga added: “President Biden again demonstrated America’s commitment to the defense of Japan, including the application of article five of the Japan-U.S. Treaty of Mutual Cooperation and Security for the Senkaku Islands.”

Since Mr. Suga became Japan’s leader last September, he has made bold promises on issues concerning climate change and committed Japan to become carbon neutral by 2050.

An agreement to back the United States and other countries on climate issues therefore fits well with his political agenda.

On April 22nd, Mr. Suga will be one of the keynote speakers at a major online conference on climate change, hosted by President Biden. South Korea’s President Moon will also speak. China’s leader Xi Jinping is invited but has yet to confirm his attendance.

Another of Mr. Suga’s diplomatic achievements in Washington was to keep the U.S. focused on maintaining a deterrent to North Korea, which conducted a missile test in March and is thought to have developed attack submarines which threaten Japan and the U.S. Navy.

This relates to the fate of Japanese citizens who were kidnapped by North Korea in the 1970s and 1980s and which Japan wants returned as part of any deal with North Korea.

The next scheduled foreign trips for Mr. Suga are journeys to the Philippines and India, at the end of April.

This offers him a chance to capitalize on the White House meeting and to strengthen ties with other Asian leaders, who are also concerned about Chinese expansion. As in Washington, I expect there will be much talk on the Asian tour about a shared vision of a “free and open Indo-Pacific” region.

Nevertheless, Mr. Suga also realizes that in order to get a mandate for his policies, he needs more than goodwill from other world leaders. He urgently requires the support of his party, the LDP and the voters of Japan, who are preparing for a general election in the autumn.

For many voters, domestic matters, especially the spread of the fourth wave of coronavirus, have been dominating their minds. It is not the role of foreign politicians or journalists to tell them who to support.

But the analysts I have spoken to in Washington and Tokyo concur that  from the perspective of America and its allies, it would be good to have continuity in the bilateral relationship. I believe this will be ensured if Mr. Suga is elected for another four years.

But even if there is a change in leader in Japan later this year, Mr. Biden’s commitment to the Indo Pacific has been made abundantly clear.

Aside from the security sphere, the joint statement noted that the leaders aspire “to generate economic growth, guided by open and democratic principles.” That is a promise which Mr. Suga may well want to emphasize as he seeks to continue in high office, leading Japan at a particularly difficult period in its history.

Duncan Bartlett is the Editor of Asian Affairs and a Research Associate at the SOAS China Institute, University of London. He also manages the news portal, Japan Story and is a regular contributor to Japan Forward. Find other articles by Mr Bartlett on his author page.