From Texas to Tokyo: An Interview with Wes Anderson About His New Film, Isle of Dogs 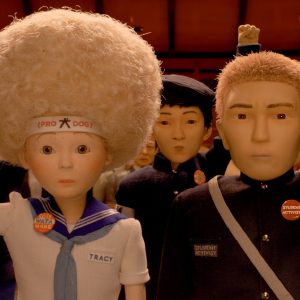 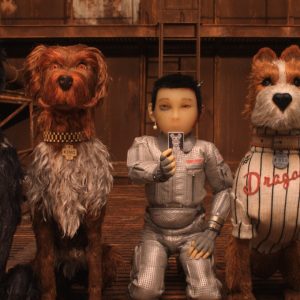 He has an incomparable aesthetic vision and offbeat sense of humor. Many contend that American director Wes Anderson has “never made a bad movie, and—in all likelihood—he probably never will.” Recently Katsuro Fujii, reporter for The Sankei Shimbun and JAPAN Forward, had the chance to sit down with Anderson to discuss his newest film, Isle of Dogs, and other aspects of his filmmaking career.

Wes Anderson was originally from Houston, Texas, where his film career took off following a positive reception to a 13-minute black-and-white short called Bottle Rocket, entered in the 1994 Sundance Film Festival in Park City, Utah. From there, he would continue to create distinct, quirky films, but with Hollywood’s financial backing and production capabilities. The films included The Life Aquatic with Steve Zissou (2004), Moonrise Kingdom (2012), and The Grand Budapest Hotel (2014), to name a few.

This latest film sparked a debate in Japan and the United States about “cultural appropriation” and “over-simplifying Japanese culture.” Others, though, note the film is instead a sly subversion on both counts. The film, arguably more than any of his others, showcases the importance of language and the difference between appropriation and conversation.

Here are excerpts from the interview.

I’ve been thinking about Japanese cinema since I started watching Japanese movies in university. But it was when I came to visit here about 13 years ago that I thought I wanted to do a movie that’s set in Japan. It wasn’t just that I had a great visit here, but I really felt inspired by being in Japan. I felt like I want to make something.

The first two movies I made were in Texas, where I’m from. Then, I made a movie in New York, where I wanted to live. After that, I made a movie in Italy, and then in India. Over the course of the movies that I made, I feel like I’ve gotten to see the world in the way I had hoped I would as a child—slowly expanding my own life experience. I liked the idea that I could write a story and I could go work with people and learn about a place.

I’ve spent the last six years just thinking about Japan, every single day. It really changes you, and I like the idea of being changed in that way. You sort of pick the thing that you want to learn about, and making a movie is a great way to have that chance.

Japanese Culture on Display in the Isle of Dogs

Well, we do some very strange things, like putting on a kind of Kabuki show, but there are also drummers and chorus singing. It’s some crazy mixture of different artistic forms at the same time. But, to me, it was a pleasure to be learning about all these different things that go into the movie—the process.

Every day there was something, a nuance that either I was asking about or one of my collaborators was pointing out. We were making mistakes and our collaborators were helping us to not make those mistakes, telling us what to do, what not to do, how to do things right. For instance, how to lay out the tatami mats. At the very beginning, we had the very first puppet that was dressed come to the set, and it was wrong. Every little possible mistake was made at some point, and I hope we corrected them.

In one of my films, James Caan wears a kimono, but that wasn’t only because of me. It was because James Caan and his sensei—he trained with this man who was his friend and traveled with him—came to Texas together. He introduced us. We then spent a couple of evenings together, and I felt like he should be in the movie too. So, we added him, and changed the character a bit because of this relationship that James Caan had with this man, whom he had known for something like 20 years.

Aside from that, not only are my films influenced by Japanese cinema, but I think so is my idea of what a movie director is. For instance, Akira Kurosawa is one of those international superstar directors and such a striking person. For a young director, that’s one of the people you look to and say, “That’s what I aspire to be.”

First, Kurosawa has a very large body of work. I know Kurosawa movies from the ’40s to the ’80s—it’s such a long career—and he worked with many actors again and again. It was a very dynamic kind of cinema, but he also produced films that had stillness, sad films, heroic films—it was such a broad range of work.

The little I know of Kurosawa’s process of writing the movies is that he worked in a writing team, which is not necessarily something you have in every country. Somebody who’s leading a group of collaborators—even in making the story—that’s appealing to me. I work in the same way, I think, partly from that inspiration. It’s Italian too. The Italians also work that way.

Unlike me, though, Kurosawa was a real kind of authority presence—like John Huston or maybe Orson Welles. It’s not my personality at all to be that kind of director, but somehow you pick who your heroes are and that leads you to who you are. Even if you’re not going to be quite like them.

There were a couple of reasons I used stop-motion in the Isle of Dogs. One thing was the earlier stop-motion movie, Fantastic Mr. Fox—I had a very good experience making the film. But, over the two years we were filming it, it took one year for me to figure out how I could work in stop-motion: how to find a system of working in this medium where I could really get what I was looking for and be efficient. It took a long time to find it—it was a struggle getting to that place.

A lot of people I was working with were very frustrated because I was doing things in a very different way than they had been trained on. This wasn’t deliberate, but I just had my own way. I needed to learn a whole bunch of things, and they had to reach a point where they said, “Okay, he’s saying things that seem wrong to us, but now that we’re seeing the results, some of these things we thought were wrong are just different.”

I had the idea to do a whole movie [using stop-motion]. I had my favorites of the collaborators back that I had worked with on Fantastic Mr. Fox, along with other members of the team. I think they’re some of the best people alive in this medium—and there’s not so many people in this medium alive today.

And this story, Isle of Dogs, was very suited to animation. It would be much more difficult to make this story in live-action, but we could. However, the thing I always tried to envision was Kurosawa making the movie as a live-action. And I pictured it for a moment. I liked it. I could image a good version of that, but I think there are a lot of good reasons not to. If you’re going to have talking dogs, it’s not so bad if they’re puppets.

I’m drawn to stop-motion because I enjoy miniatures. I enjoy designing shots, sets, puppets, and all the things that you create, that people make by hand for a stop-motion movie. But the thing that is the most interesting to me about stop-motion is what each individual, the very best animators, can do with their hands. They can take this puppet made of metal, foam, and fabric, and make the thing seem to be alive. They can make it seem to breathe, have emotions, and they can even make it seem to think.

Even though I’ve worked with animators for many years now, it’s very mysterious to me how they do it—in part, because it happens so slowly. You watch it unfold over the course of a day and over the course of a week, but what happens really is they go into a space—literally with black curtains around them—and they operate their computers and things to help capture what’s on the set. It’s this kind of scale. And they do something that I would have no idea how to even begin to do.

Isle of Dogs is now playing in theaters across Japan. Check your local movie theaters for showtimes near you.