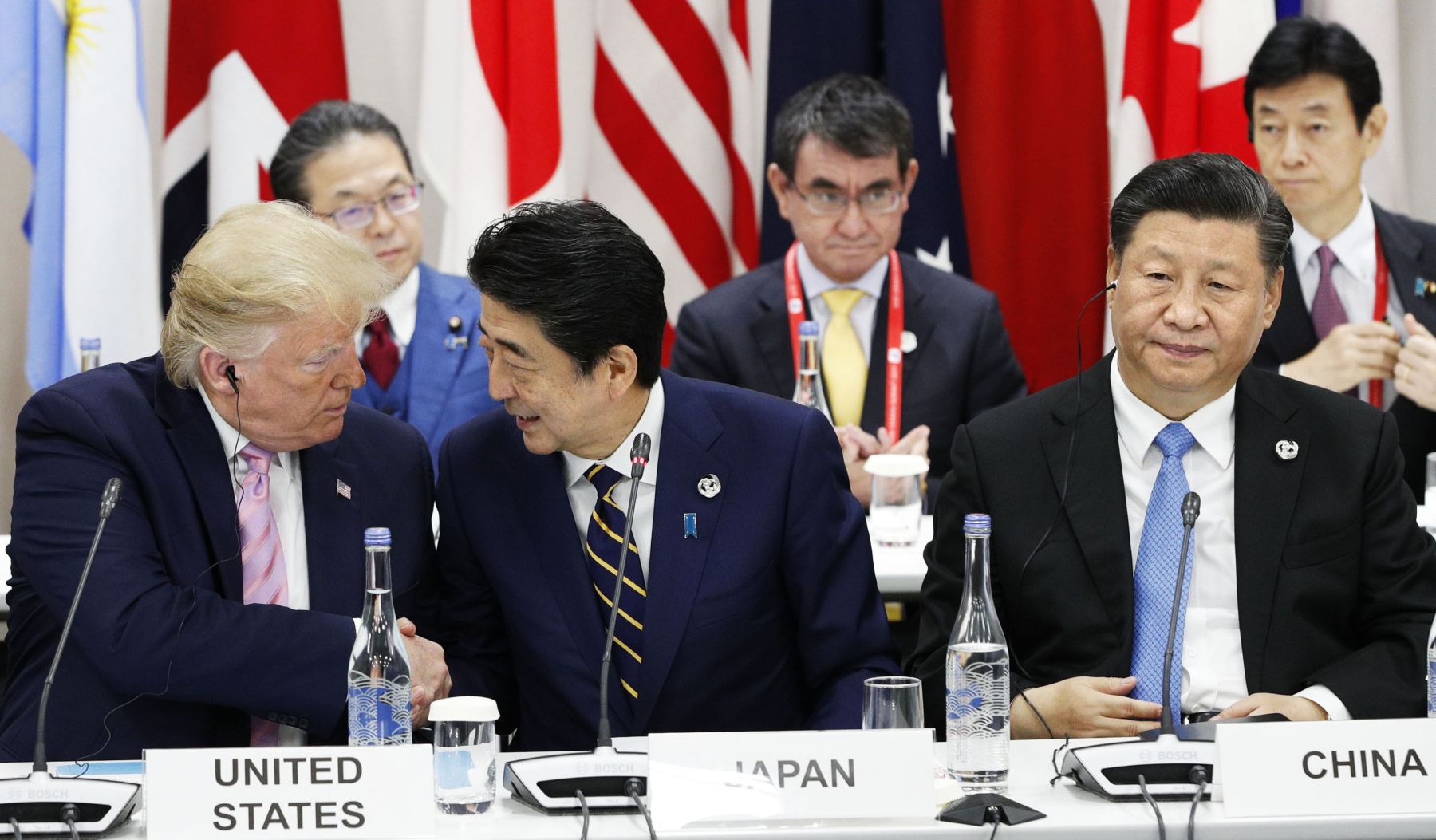 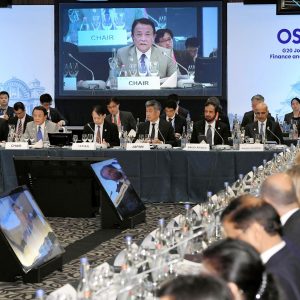 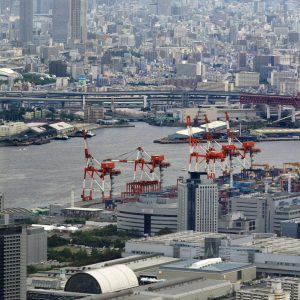 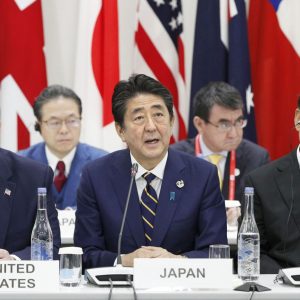 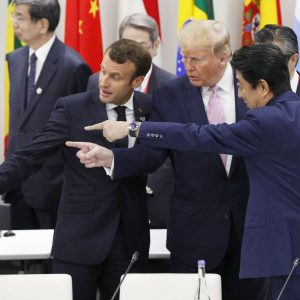 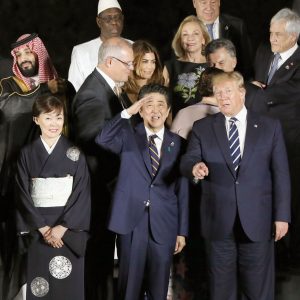 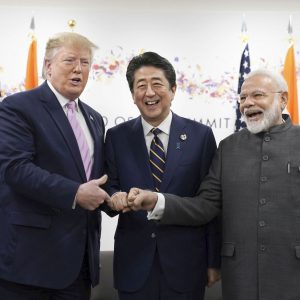 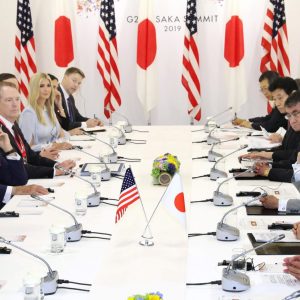 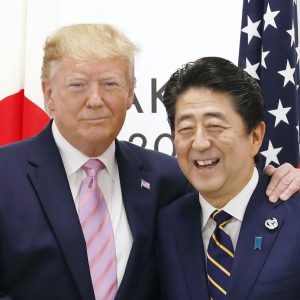 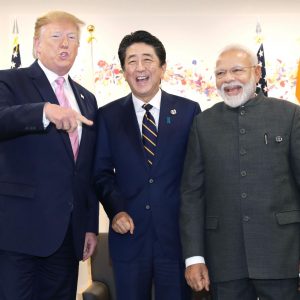 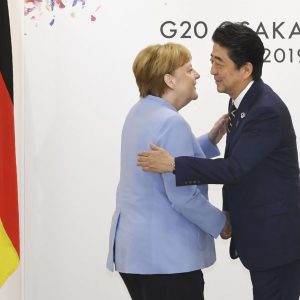 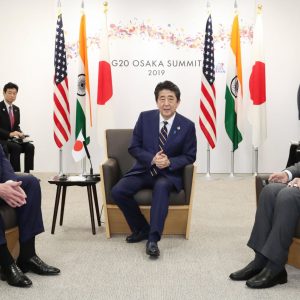 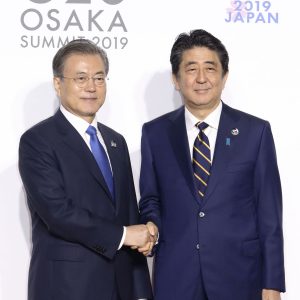 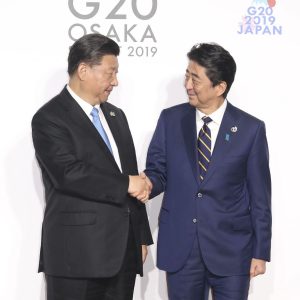 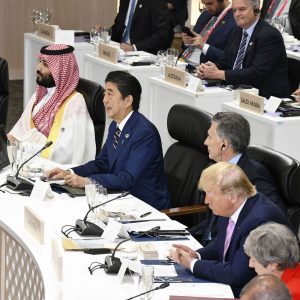 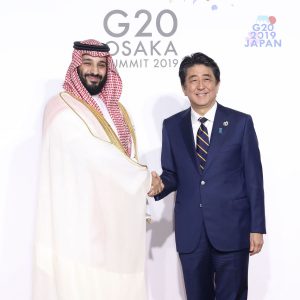 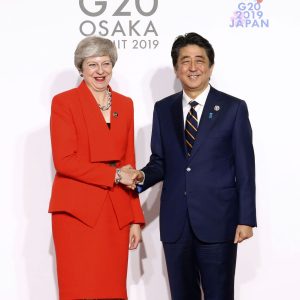 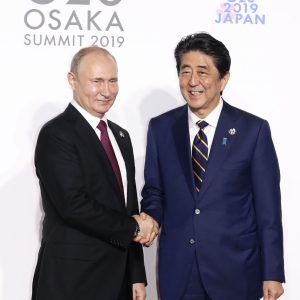 The G20 Summit opened in Osaka on Friday, June 28, with multilateral discussions and bilateral meetings beginning in earnest on the hot, humid day in the Kansai region of Japan.

While bilateral talks were at the center of attention, as it often happens on such gatherings 20 countries’ top leaders and representatives of international organizations, multilateral discussions, especially on the subject of the digital economy, brought new elements to the table.

The first day, however, ended with many questions on the future of global policy unanswered, leaving much to be done on Friday, June 29, the second and last day of the summit.

Bloomberg reported on June 24 that United States President Donald Trump, in private musings, had voiced concerns about the asymmetry of the Japan-U.S. Security Treaty. As Trump made his way across the Pacific, it was expected that the topic would be brought up in bilateral talks with Japan.

Despite persistent question from the press, Deputy Chief Cabinet Secretary Yasutoshi Nishimura reported in a briefing that the issue was not touched upon directly in the bilateral discussions, which took place for about 30 minutes on June 28 at around 8.30 A.M.

“When talking of world security, the topic came up, and regarding that both leaders agreed on the importance of the alliance between Japan and the U.S. But there was no reference specifically to revising the security treaty,” Nishimura said.

In the negotiations, Prime Minister Shinzo Abe instead pointed out Japan’s investment in the U.S., specifically by 16 enterprises, for a total of ¥2.4 billion JPY (about $22 million USD), for a total of 40,000 jobs — a figure President Donald Trump greeted “with appreciation.”

The two leaders also took the opportunity to discuss the still-unresolved North Korea abduction issue. After meeting the families of Japanese abduction victims for the second time during his April 2019 state visit, President Trump once more offered his support to solve the problem with North Korea.

Following the bilateral meeting, President Trump and Prime Minister Abe were joined by India’s Prime Minister Narendra Modi. Despite the complaints Trump had voiced on Twitter about India’s tariffs on U.S. products before his arrival in Osaka, the exchange of views went smoothly, according to Nishumura.

He added that the three leaders discussed international security and the importance of infrastructure, among other topics.

Russian President Vladmir Putin made waves in the international community even before his arrival in Osaka. Prior to his departure from the Kremlin for the G20 summit he was reported to have commented that “the liberal idea” had “outlived its purpose,” in an exclusive interview with the Financial Times.

Therefore, part of the discussions on the first day of the G20 meetings were led by a particularly enraged Donald Tusk, president of the European Commission. Tusk told journalists on Friday, June 28, that he “strongly [disagreed]” with Mr. Putin’s sentiments on liberalism.

On a slightly milder note, President Trump took the opportunity to point a light jab in the direction of the Russian president. The U.S.-Russia bilateral talks in the early afternoon of Friday were the first time Trump and Putin had met since the Mueller report came out earlier this year. The report found Russia had engaged in a “sweeping and systematic attack” on the U.S. electoral system during the 2016 presidential election, where Trump won.

Previously there hadn’t been any formal conflict between the two on the issue. But this time Mr. Trump brought up the subject in an almost lighthearted way in front of journalists, saying to Mr. Putin while waving his finger, “Don’t interfere in elections, please?”

Right from the outset of the multilateral talks, which started around noon on June 28, the main topic garnering the attention of G20 representatives seemed to be the digital economy. This was also highlighted by the “Osaka Declaration on the Digital Economy.”

Lasting 15 minutes, 27 leaders, including the head of the World Trade Organization Pascal Lamy, participated, showing their collective commitment to developing the sector.

Using the term “Osaka Track,” they laid out a “process to demonstrate the commitment to promote international policy discussions, inter alia, international rule making on trade-related aspects of the electronic commerce at the WTO.” It thereby reiterated some of the sentiments expressed in the joint statement at Davos in January 2019.

In a press briefing, the Japanese government’s press secretary for the G20 meetings, Takeshi Osuga, said it was hoped the process would create “a strong momentum and a strong push to move the negotiations forward.”

Following a special event on the digital economy, the G20 representatives embarked upon two multilateral sessions: one on the world economy, and another on innovation.

The first session was a working lunch, which started at around 12:20 P.M. Prime Minister Shinzo Abe, who chaired the meeting, commented on the fact that most people involved in the discussions seemed to be in agreement on the WTO’s role or the lack of it.

“There was a convergence of views among the lead speakers on the importance and urgency of the WTO reform. In particular, the fact that the WTO is not performing its expected role is an issue, and I hope that we can deepen the discussion to strengthen the momentum for the reform of the WTO,” said Prime Minister Abe.

The second session started off with Abe bringing everyone’s attention to the potential of innovation to create wealth in societies. In the opening statement of the second session, Japan’s Prime Minister declared: “Innovation is one the locomotives of economy... . Robotics, the internet of things, and AI are bringing great change to the economy and society. Innovation is the key to address both economic growth and social issues.”

Drawing from work at the World Economic Forum in Davos in January 2019, the Abe administration again brought up the idea of a “data free flow with trust” or DFFT. The idea was to create a data system without borders for economies to grow. This has been part of Prime Minister Abe’s vision of a society 5.0, meaning one that sees a “people-centered society through innovation... a vision being positively appreciated by other countries.”

Hopes (Albeit Vague) for the Future

There seemed to be reason for optimism about the progress of the talks. Press Secretary Osuga commented on the rules of taxation for the digital economy:“We need the commitment of G20 leadership to reach an agreement by 2020.”

The issue of ocean plastics and climate change was also brought up during the bilateral meetings, although it was unclear how much consensus there was on the issue.

Other aspects of the briefing with Osuga were less rosy, especially among the foreign media.

Stefano Carrer, from the Sole 24 Ore, an Italian newspaper, asked why the language seemed watered down compared to the Joint Declaration in Davos, for example. Another journalist commented on the wording of the Osaka declaration on the digital economy being “vague.”

Osuga rebuffed their allegations, saying that the agreements are sustained by the hope that they will “keep momentum,” especially regarding the WTO.

Even on issues such as data and innovation, there were sticky points. The potential threat of misused data in terrorist attacks was one, with Prime Minister Abe quoting the example of the Christchurch terrorist attack in March 2019.

It is hoped that much of the uncertainty will be cleared up on Saturday, June 29, especially by the U.S.-China bilateral talks in the morning. The topic of climate change has been largely left out of discussions so far, as well as the big question marks about trade.

Make sure to check back on JAPAN Forward for updates on the G20 summit.