Giveaway: Get Tickets for ‘The Genealogy of Light’ Impressionist Masterworks at Tokyo Museum

Giveaway: Get Tickets for You and a Friend to the Kawanabe Kyosai Exhibition

Giveaway: Get Tickets for You and a Friend to the 'Resistance of Fog' by Fujiko Nakaya

Giveaway: Get Tickets for You and a Friend to the 'Swords of Kyoto' Special Exhibition

Giveaway: Get Tickets for You and a Friend to the 'Snoopy Museum' Tokyo 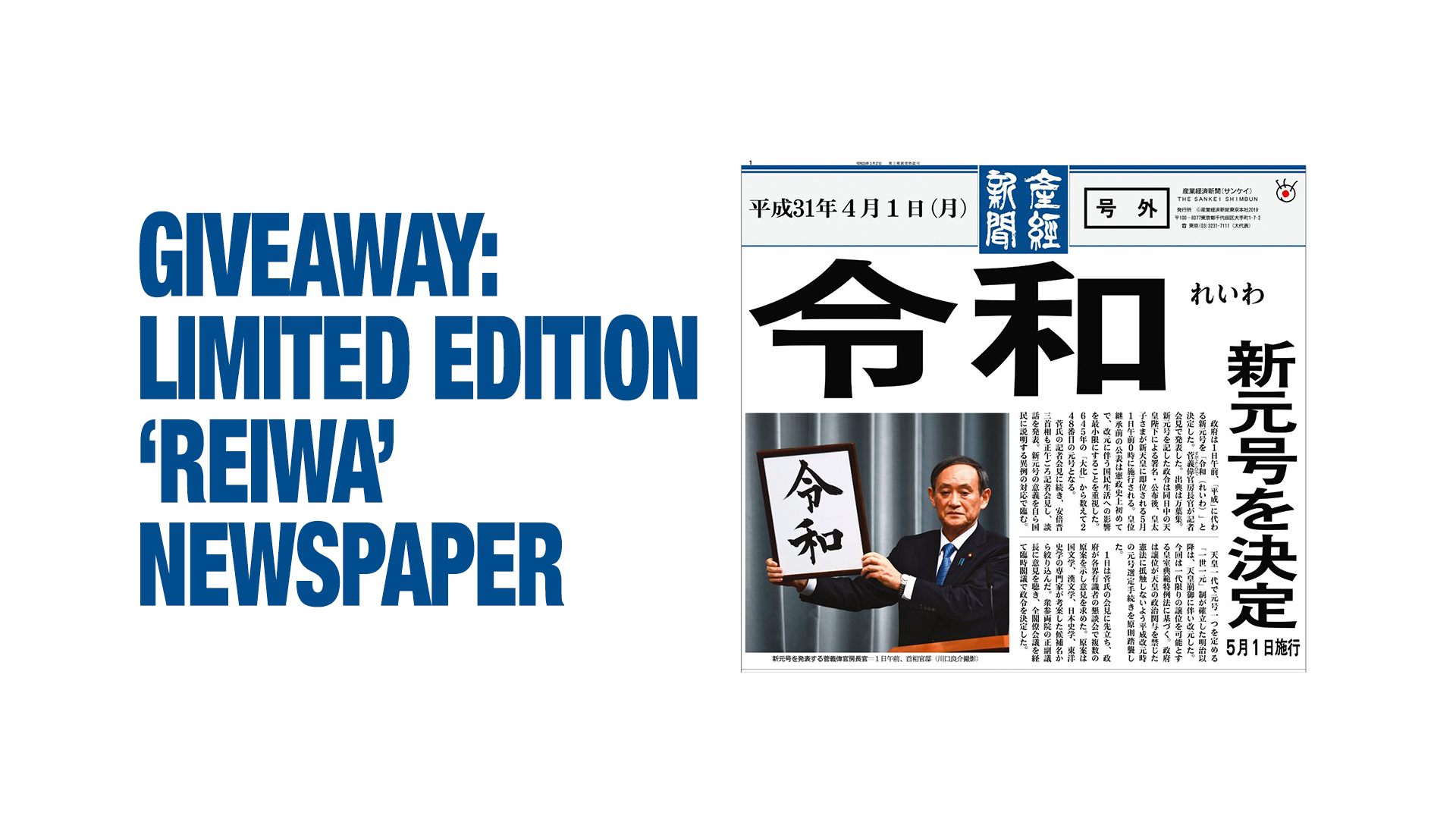 Reiwa, the name of Japan’s new imperial era, is the first to be chosen from a traditional work of Japanese poetry.

The era name — announced on Monday, April 1, by Chief Cabinet Secretary Yoshihide Suga — means “beautiful harmony”. It is based on a poem from the Manyoshu.

JAPAN Forward would like to giveaway a limited edition Sankei News newspaper to three (3) lucky readers – postage paid by us to where ever you live in the world! Read below on how you can be in the running for such a highly coveted piece of Japanese history.

[UPDATE: This giveaway has ended. Winners have been contacted and congratulations to all!]

All it takes is three (3) simple steps to enter the giveaway:

1. Like the giveaway photo above (look for it on Monday, April 8, at 9 p.m. JST on JAPAN Forward’s Facebook page).

3. Complete the questionnaire below:

The giveaway begins April 8 at 9 p.m. and ends Sunday, April 18, at 11:59 p.m. JST. Winners will be contacted and announced the week of April 22, or when all candidates have been confirmed. Good luck!