Halloween in Shibuya is Back: Increased Security for Orderly Celebration 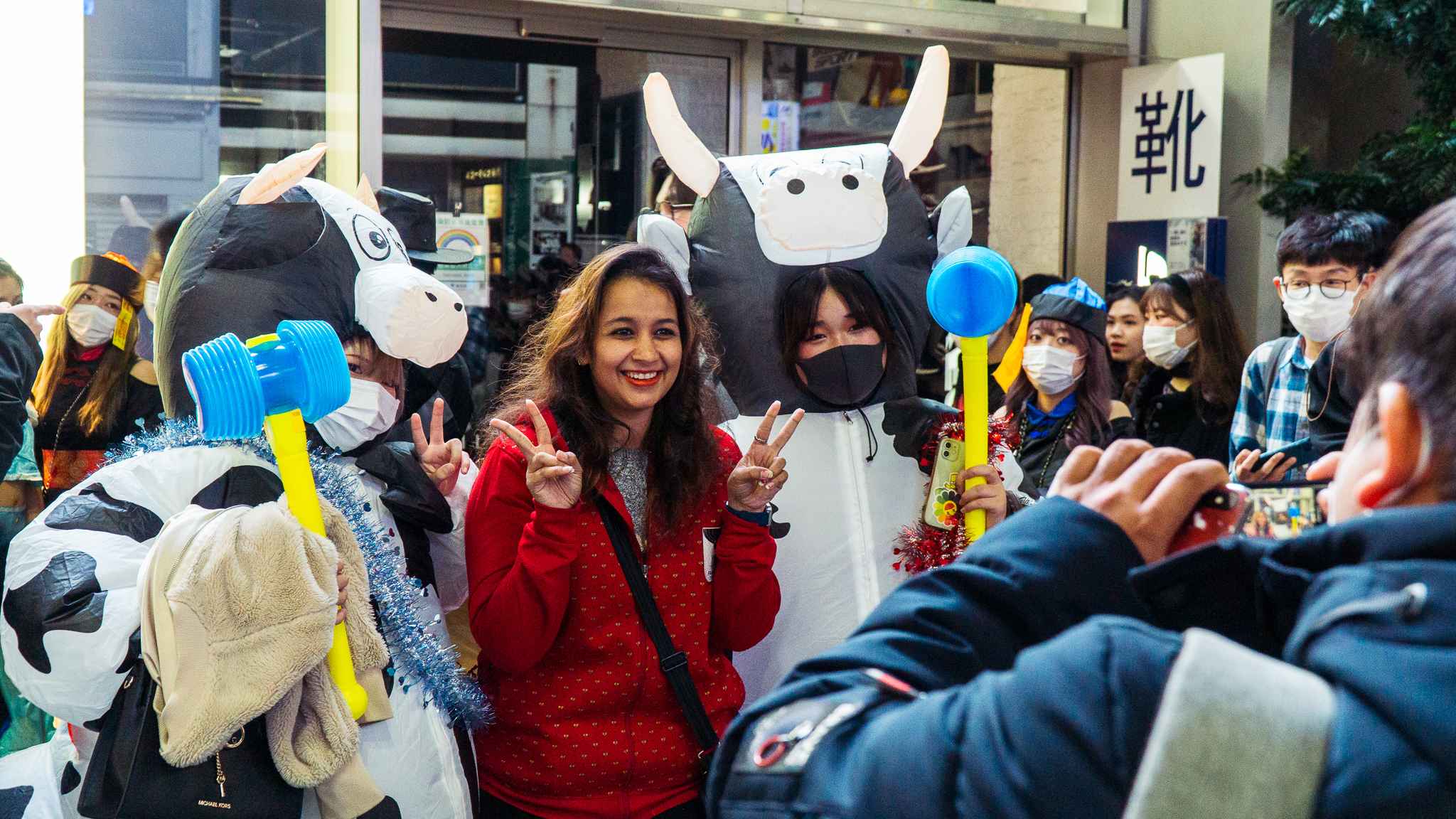 "Yaba-" said a young man in his 20s in shock, as he clambered out of Shibuya Station. And the throngs of people congregating at the famous scramble crossing on the night of Halloween in Shibuya 2022 were certainly Yabai.

Yabai is a term often used to describe shock and awe in the face of something out of the ordinary.

After three years, and for the first time since the start of the pandemic, young people took to the streets in fancy dress, for a massive catwalk around the main streets of Tokyo's young, fashionable district of Shibuya

The air felt more tense than usual, given the terrible tragedy in the crushing crowd of Seoul's Itaewon district on October 29. More than 150 people lost their lives there.

Security was up to ensure that a similar episode didn't happen in Japan's capital city, especially because Shibuya's Halloween celebrations drew crowds of over 40,000 people in an average year before the pandemic.

Despite the apprehension hanging in the air, the atmosphere on October 30 and 31 was largely one of people just happy to be back celebrating.

On side streets where there was less traffic, revelers complimented each other's costumes, stopped for selfies, and laughed with each other and their friends.

Some families with children joined the fun as well.

And the creativity was overflowing. There were two Japanese girls in inflatable cow costumes. One Japanese man in his 20s zoomed past in an uncanny representation of Don Quixote Doflamingo, a character in the immensely popular anime franchise One Piece.

One study abroad university student dressed as a Chinese PCR testing staff, and posed pretending to take a nasopharyngeal swab from her friends.

Yet there were also partygoers who chose to leave early to avoid the risks accompanying dense crowds.

"We don't want to stay around too long, it's better to get out of the crowds," said two friends approaching Shibuya Station at about 8.30 PM.

But as it turned out, there was little to fear.

Up to 350 policemen helped channel the crowds around the streets of Shibuya. Another 100 or so local volunteers were also on hand.

Police patrols started on Friday, October 28, shouting out instructions, and guiding the crowds through Shibuya's most famous intersection. They stopped the flow of red traffic lights. And shepherded the throngs as much as possible in one single direction.

Officers with loud megaphones on raised stages gestured broadly and made announcements while monitoring the crowds. Their appearance evoked the disc jockeys in nightclubs, earning them the nickname, "DJ Police." It's a popular way for the police to be visible in situations where large crowds congregate.

Signs called those present to avoid drinking in the streets. And to be mindful of their surroundings. Some of the warnings brought reminders of an incident in 2018 when a truck was overturned by a rowdy crowd.

Many shops in central Shibuya closed their doors several hours early over the weekend to avoid the stream of people.

On October 31, the police were on high alert as Halloween day is commonly the most crowded. Policemen were scattered around the front of Shibuya Station and throughout the main shopping streets in the area.

Notably, announcements called for Halloween partygoers to keep moving and not stop to take pictures. The goal was to keep from creating bottlenecks in the flow of the meandering crowds.

Around 9 PM, train station employees blocked the station entrances nearest to Hachiko Square, the unofficial center of the celebrations. This diverted traffic towards multiple alternative exits further from the dense crowds.

Smaller crowds spent the night celebrating. But the party was over by dawn.

Remarkably ー and perhaps only in Japan ー when the day began on November 1, the streets were as clean and polished as ever. Partygoers were reasonable. But the heavy cleanup was completed thanks to the placement of regular rubbish stations and the efforts of dozens of volunteers who cleaned the streets in the early hours of the morning.

Despite apprehensions about crowds and the three-year lapse, Shibuya's Halloween celebration came and went quietly in 2022.