[HEISEI IN PICTURES] In Disasters, Caring for the Afflicted and Never Giving Up Hope 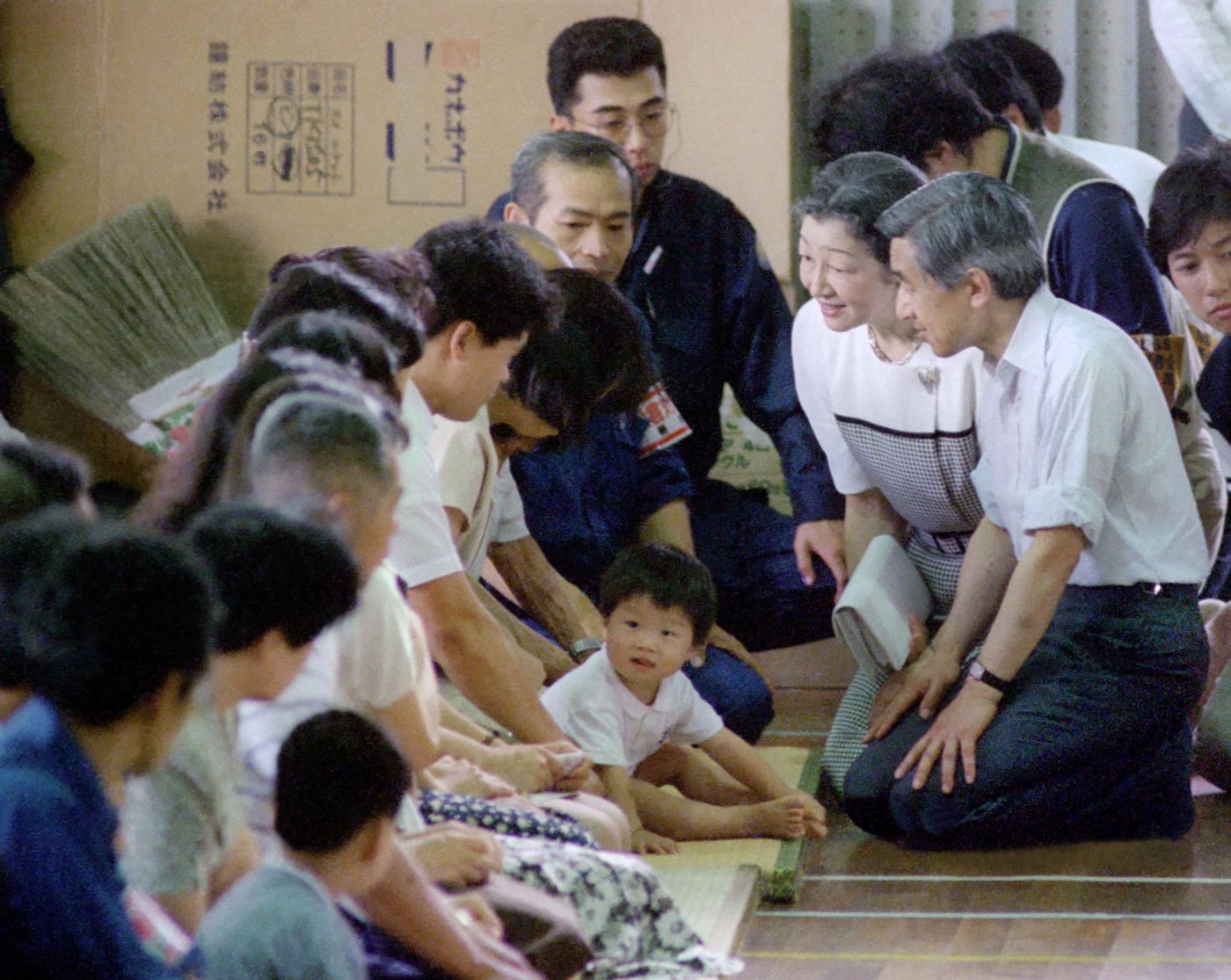 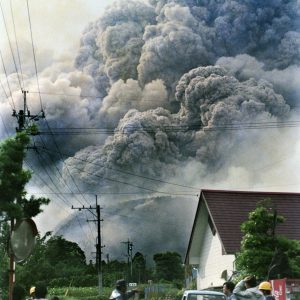 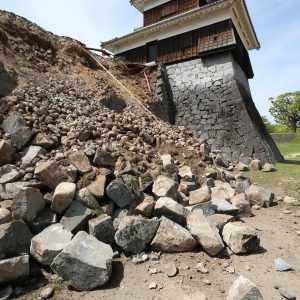 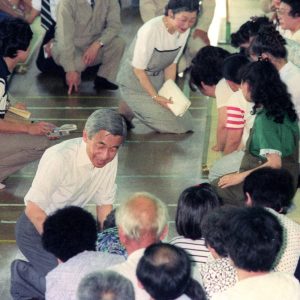 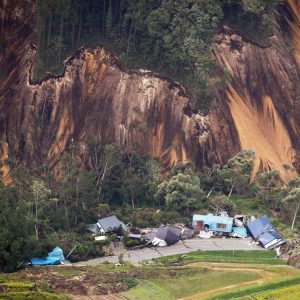 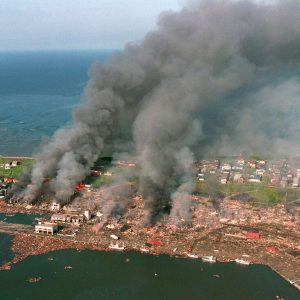 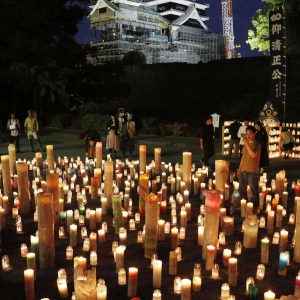 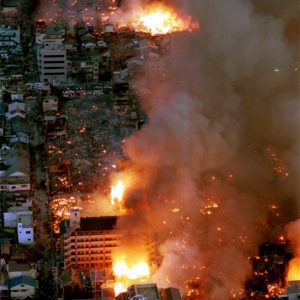 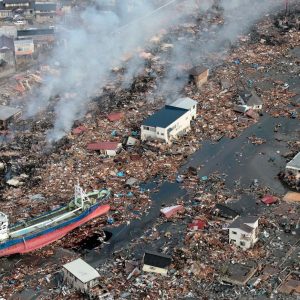 Leading up to the abdication of Emperor Akihito on April 30, JAPAN Forward is taking the opportunity to reflect on pivotal aspects of the Heisei Emperor’s rule through pictures. This is the third of five installments:

Throughout the Heisei Era, every time Japan experienced a major disaster, the Emperor, accompanied by Empress Michiko, visited the calamity-stricken areas. He would kneel on the floor of temporary shelters to give words of encouragement to the victims and evacuees.

The very first time the Emperor visited a location of a natural disaster was after the Mount Unzen eruption in summer 1991, less than a year after ascending officially on the throne. This was the first time since the war the Emperor and his wife had visited a location struck by disaster, marking right from the start a change in the way Akihito wanted to encourage his people compared to the Showa ruler.

The Emperor and Empress were there for their subjects in 1995, following the Great Hanshin-Awaji Earthquake. They were there again after the Fukushima and Tochigi Flooding in 1998; the Mount Usu Eruption in Hokkaido in 2000, which displaced more than 10,000 people; and the Niigata Chuetsu Earthquake and Tsunami in 2007.

For the people of Northeast Japan following the Great East Japan Earthquake on March 11, 2011, the Emperor even recorded a special video message, published on March 16, for the people in the affected areas.

Akihito declared: “I am deeply saddened by the devastating situation in the areas hit by the Tohoku-Pacific Ocean Earthquake, an unprecedented 9.0-magnitude earthquake, which struck Japan on March 11th…. I am praying that the safety of as many people as possible will be confirmed.”

He concluded his message by saying:

I believe it extremely important for us all to share with the victims as much as possible, in whatever way we can, their hardship in the coming days. It is my sincere hope that those who have been affected by the disaster will never give up hope and take good care of themselves as they live through the days ahead, and that each and every Japanese will continue to care for the afflicted areas and the people for years to come and, together with the afflicted, watch over and support their path to recovery.

This video message was a major move to comfort his citizens, as it was the first time the Emperor recorded a video message addressed directly to the people of Japan. Akihito and Michiko visited the people affected by the disaster from the end of March, all throughout the year, as the moment the disasters struck he had already declared, “No matter what, I want to visit the area.”

In 2018, Japan was wracked by disasters, including torrential rains that devastated a wide swath of the western regions in July, and a magnitude 6.7 earthquake that hit the northern island of Hokkaido in September. The imperial couple faithfully made visits to both regions to encourage the victims and volunteers.

In his final press conference on the occasion of his birthday on December 22, 2018, the Emperor commented on the matter of disasters and resilience, saying:

I have no words to describe the deep sadness I feel when I think of this. At the same time, I have been heartened to see that, in the face of such difficulties, the spirit of volunteering and other forms of cooperation is growing among the people, and that the awareness of disaster preparedness and the capacity to respond to disasters are increasing.

Emperor Akihito, 85, is set to abdicate the throne on April 39, according to his own wishes, thanks to a law specially enacted to permit him to step down after he expressed concern in 2016 that his physical condition would soon prevent him from carrying out his official duties.

The new emperor, Naruhito, will ascend the Chrysanthemum Throne on May 1, marking the beginning of the Reiwa Era.