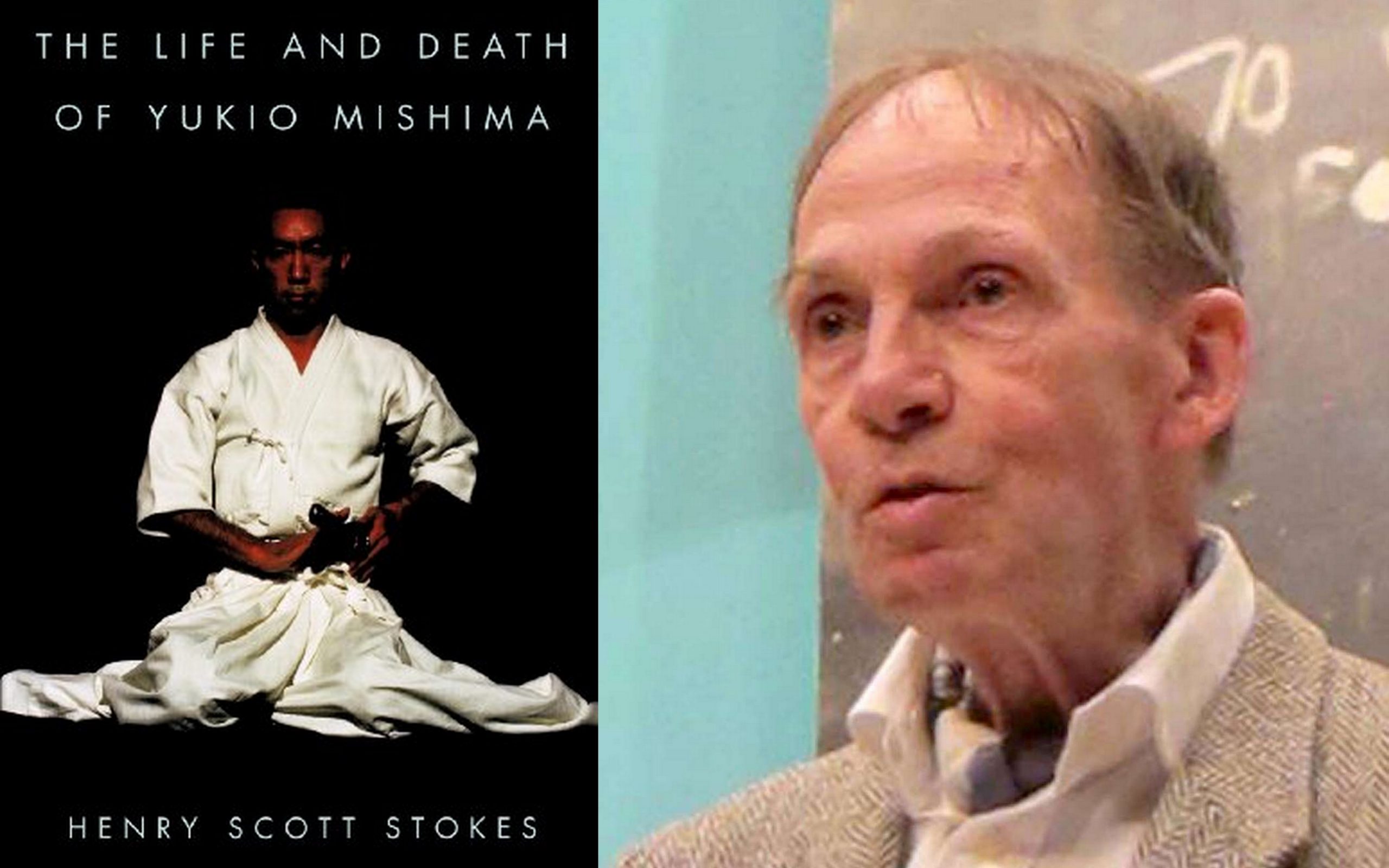 Henry Scott Stokes and the book cover to one of better-known books, 'The Life and Death of Yukio Mishima".

On April 19, 2020, Harry Sugiyama, the son of Henry Scott-Stokes, announced the death of his father, a British journalist who had served as the Tokyo bureau chief for the Financial Times, The Times of London, and The New York Times.

Two of the foreign newspapers that Henry Scott Stokes had served published obituaries. They and other media reporting on his death managed to also reveal the depth of their own biases against original research and thinking.


'The Times' of London

The Times of London headlined its obituary, “Quintessentially English journalist in Japan who reported for The Times and stirred controversy over the Nanjing Massacre.” This is a reference to a 2014 flap over three lines in a Japanese language book published under his name, but actually written by Hiroyuki Fujita from 170 hours of interviews done after Stokes was already seriously ill.

As given in The Times obituary, these three sentences read:

Stokes initially repudiated these sentences, but in a matter of days issued a statement through his publisher saying that the passage in question did in fact reflect his view. His key point was that the term massacre was inappropriate and the casualty count had been inflated by both the Chinese Nationalists and the Chinese Communists for propaganda purposes.

That this was done and continues to be done is well documented, but not noted in The Times obituary. Henry Scott Stokes led the newpaper’s Tokyo bureau from 1968-1970.

The Times obituary went on to characterize Henry Scott Stokes as “certainly sympathetic to Japanese nationalist rightwingers” complaining that, “He argued that the Tokyo War Crimes Tribunal (IMTFE) set up in 1946 represented ‘victors’ justice’.”

I cannot say where Scott Stokes picked up the notion that the IMTFE was “victors’ justice,” but one probable source is Richard Minear, Victors’ Justice: The Tokyo War Crimes Trial (Princeton University Press, 1971).

The notion that the IMTFE was “victors’ justice” is not inherently a rightwing take on Japanese history. Richard Minear was well to the left in the US political spectrum. If anything it has been left-leaning United States and United Kingdom academics who have criticized the IMTFE for not just being “victor's justice” but for also ignoring fundamental principles found in US, UK, and European law.

The use of “rightwing” by The Times is also questionable, given that it is part of the News Corp empire controlled by Rupert Murdoch, a notoriously rightwing publisher. Fox News in the United States is also controlled by Murdoch.

Fox News has been the soapbox for Tucker Carlson, one among several Fox News pundits, who appear to have endorsed “replacement theory,” an overtly racist and white triumphalist concept that was part of the “manifesto” published online by the suspect in a Buffalo, New York, shooting that left ten people dead, eight of them Black.

Labeling as rightwing anyone who has a take on Japanese history that is not woke or hard left is a common way for foreign and Japanese writers to dismiss views not in accord with their own. The term rightwing is used far more often than leftwing in the context of Japanese history. This suggests that those using the term rightwing regard their own take on history as orthodoxy and anything else as hetrodox.

In this case, it is, however, more probable that tarring Henry Scott Stokes is to validate the triumphalist Allied Powers narrative. Scott Stokes was, moreover, very critical of British imperialism, especially in India.

Scott Stokes cites Radhabinod Pal (1886-1967), a Bengali who was very familiar with British imperialism in India and dissenting justice at the Tokyo War Crimes Trial, in his criticism of the white triumphalist narrative.

Richard Lloyd Parry, successor to Scott Stokes as The Times correspondent in Japan endorsed the white triumphalist narrative in an article entitled “UK military rugby team visit shrine for war criminals in Japan” published September 18, 2019. My commentary on this article was published in JAPAN Forward.

Henry Scott Stokes served as the Tokyo bureau chief of The New York Times from 1978 to 1983.

Something of the same thing is to be seen in an obituary by Bradley K. Martin in that paper. It describes the book containing the controversial three sentences as “embraced by right-wing apologists for atrocities committed by the Japanese military during World War II.”

Roberts does, however, go on to point out that Henry Scott Stokes also labeled the use of nuclear weapons on Hiroshima and Nagasaki as ““war crimes on a scale that made the alleged crimes of the Japanese in that war appear absolutely minor.”

Further, he quotes Bradley K. Martin, a former reporter for The Wall Street Journal and Asia Times, for his take on Scott Stokes: “I came to appreciate his willingness to rethink his own position if he concluded he had been in the wrong, and to try to make amends.”


Observations of Other Obituaries

Anthony Rowley, a correspondent for the South China Morning Post, presented a more nuanced picture of Henry Scott Stokes, stressing his personality. “He was entertaining and congenial, which made him an asset to life at the FCCJ [Foreign Correspondents Club of Japan].”

As with other obituary writers, Rowley noted the highly popular and well-regarded The Life and Death of Mishima Yukio (1985). But he also noted that Scott Stokes had supported the pro democracy movement in Korea and had co-authored a book, The Kwangju Uprising (1980). The volume documented the massacre of civilians and police under the control of Chun Doo-hwan , a dictator who had come to power by leading a coup against the previous dictator Park Chung-hee.

Similarly Rowley cites Harry Sugiyama for his heartfelt appreciation of his “fantastic” father, something that is very strong in Japanese language statements. He even includes mention of an appearance in the NHK television series “Heart Net” that takes up the impact of prolonged mental and physical disability on sufferers and their families. Scott Stokes suffered from Parkinson’s disease, according to multiple reports.

Meeting Scott Stokes Through His Work

I regret not having ever met Henry Scott Stokes. Even as a resident of Japan from 1997 onward, and as someone studying and teaching about foreign news media coverage of Japan, the FCCJ is not my kind of place. When I attend press conferences there, I feel like I am in a time warp where the news story of the day is former Prime Minister Kakuei Tanaka being arrested for bribery (1976) or even 1946.

Some of its members even now reflect the triumphalist mentality of the Allied Powers and the American Occupation of Japan that Henry Scott Stokes criticized.

In recent weeks it has provided a platform for white saviors such as Robert Whiting and Jake Adelstein. The latter allegedly criticizes Japan because he loves Japan, criticism that he makes only in English with articles such as “Japan’s Nasty Nazi-ish Elections” and “Japan: Shinzo Abe’s Government Has a Thing About Hitler. It Likes Him.”

As a substitute for meeting Scott Stokes I have started reading his biography of Mishima. He at least walked the talk when it came to his criticism of Japan rather than monetizing it as our white saviors do.