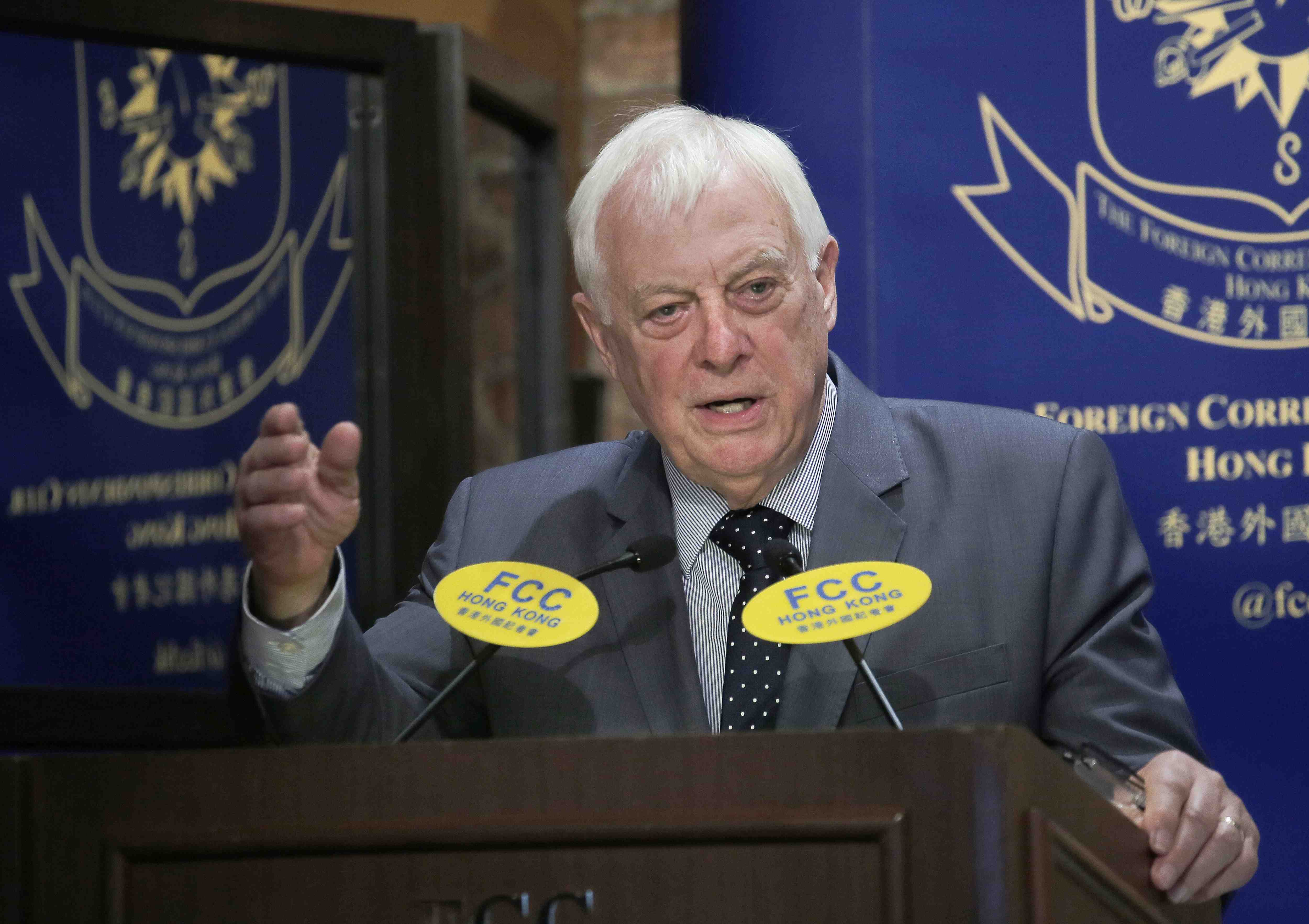 [Bookmark] is a new JAPAN Forward feature that gives you long reads for the weekend. Each edition introduces one overarching thought that branches off to a wide variety of themes. Our hope is for readers to find new depths and perspectives on the issues we explore here. 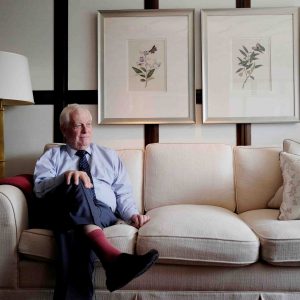 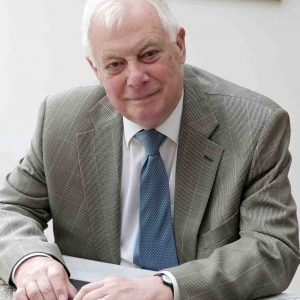 On June 30, the National People’s Congress (NPC) — the legislative body of the Communist Party of China — unanimously passed in Beijing the Hong Kong National Security Law, which was signed into law by Chinese President Xi Jinping on the same day. The Special Administrative Region of Hong Kong (Hong Kong SAR) came under a new legal regime as the date turned to July 1, 2020, about an hour after learning of its contents at 11 P.M. local time.

The new legal regime strips Hong Kong of freedoms that had been guaranteed to it for 50 years under the handover from Britain to China exactly 23 years earlier. It comes after over a year of locals protesting the threats posed by China’s stronghold on the island to Hong Kong’s autonomy and the “one country, two systems” framework, which was set up when the British handed over the territory to China in 1997.

In an interview with The Sankei Shimbun and JAPAN Forward, Christopher Patten, the 28th and last governor of Hong Kong (1992-1997), talked about the context of the handover 23 years ago, his concerns about the current situation, and his views on what is to come.

Would you talk to us about the significance of Hong Kong losing the “one country two systems” arrangement?

What China is proposing to do is to ensure that any issue of national security, as China defines it, can be under the supervision of Chinese mainland officials. The judges used can be chosen by a committee, including mainland Chinese advisors. If China wants, it can simply take a case back to mainland China and deal with it there.

In every sense, this completely overturns the high degree of autonomy which Hong Kong was promised.

People sometimes say, “There has to be a National Security Law.” There are already national security laws in Hong Kong, laws on terrorism, laws on public order. How do you think 8,000 people have been arrested for demonstrating in Hong Kong?

This isn’t about security, it’s about the Chinese Communist Party view of national security.

Most other people wouldn’t regard national security in the same terms that Xi Jinping regards it — a system in which you can lock up people if you don’t like the governments from which they come from, a system in which you can bully and threaten international businesses as though you were their manager. I think this is fundamentally an assault on Hong Kong’s freedom and autonomy.

Back in 1997, what was your state of mind regarding the handover to China, and how do you feel about the situation now?

I hoped, as everybody did, that China would behave as well as its word, and would keep to the treaty (No. 23391) lodged at the UN, which guaranteed Hong Kong a high degree of autonomy, the rule of law, and all the freedoms associated with that. The joint declaration had also promised that over time, Hong Kong would be able to determine its own fate in democratic elections.

By and large, 10 to 12 years after 1997, the Chinese Communist Party kept its word. But since Xi Jinping, it has broken its word again and again, just as it has been trying to throttle any debate and dissent within China, just as it has been trying to control the narrative about China’s role around the world. This, one Chinese official said the other day, represents the second handover, not just handover to China, but a handover to the worst aspects of the Chinese Communist Party.

[As governor] I made sure the agreed system of elections was as fair and free as possible. I was particularly worried about how to protect the rule of law and to protect the rights of the people in Hong Kong, which was why I was very concerned about the international covenant on civil and political rights, which had been part of Hong Kong’s mini constitution.

It is that international covenant which the communist regime is now breaching.

I am extremely disappointed and, above all, worried about the future of Hong Kong.

But it’s not just in Hong Kong. Look around the region, and around the world, at what the Chinese Communist Party is doing. The killing of Indian soldiers in the Himalayas, the harassing of international vessels from other countries in the South China Sea, which the international tribunal in the Hague said was not China’s but belonged to the international community. And the way in which the Chinese Communist Party has been threatening Taiwan, the way in which they have been threatening other countries with trade and other economic sanctions in the Cape of Australia for daring to suggest that there could be, which everybody believed was the case, a proper, independent inquiry into where the coronavirus came from.

The other day, the British embassy in Beijing responded on its website to some of the lies that have been told in the Chinese media about Britain’s attitude to Hong Kong. And they responded very calmly, in a measured way, to what the Chinese communist press had said. And, within hours, the embassy’s own site had been taken down by the Chinese communists.

They have been behaving intolerably all around the world, and I think the rest of the liberal democracies — Japan Australia, Canada, the U.S., Britain, Europe — as we recover from this coronavirus, we have to work together, not to establish a new cold war, but to constrain China and to understand that when it behaves badly, there are consequences.

Why do you think Xi Jinping has decided to pass this law now?

I think that while the rest of the world is trying to deal with this pandemic, which began in China, [Hong Kong] won’t have the attention that it would normally have [regarding] what China is doing. So, Xi is behaving aggressively, because he thinks he can get away with it.

What kind of problems do you think will arise with this new law?

The first problem is that many countries will find it very difficult to distinguish between Hong Kong and mainland China.

The U.S. has already made plain that they will not continue to give Hong Kong the concessions economically and in other matters that they have given in the past, because Hong Kong will be treated just as though it was Shanghai. I think it has always been inevitable.

Many countries will do exactly the same thing. If you run a great open economy, you need to have a free flow of information and the free movement of people. All of those things are likely to be threatened.

Let me give you one rather obvious practical example. Hedge funds need to have as open access to information as possible. Will that happen after this national security law? Businessmen will want to think they can go to Hong Kong without risking being arrested as happens in mainland China at the moment, where the Chinese regime practices hostage diplomacy. They have an argument with Canada, so they lock up two Canadian citizens. This is outrageous behavior. So I think it is bound to be damaging to Hong Kong economically, which is presently responsible for between 60% to 70% of the FDI (foreign direct investments) going into and out of China.

What are your thoughts on the fears regarding Chinese military action against Taiwan?

I hope that even Xi Jinping will have enough sense not to take any military measures against Taiwan, which, if he did so, would be bound to trigger a huge international confrontation. Taiwan is a free society. It is an indication of the nonsense of suggesting somehow that Chinese people and democracy don’t fit together.

I think that the Chinese Communist Party would be very ill-advised to try to whip up nationalist sentiment in an assault on a free society, and would live to regret any such decision for decades to come.

Do you think the international community is united in its response?

I think the international community has been very united, right around the globe. The statements that have been made by international leaders, the G7, and excellent statements by the Japanese government, the European leaders, Australians, Canadians, and others.

Germany, Australia, Canada, Britain, America — all of us have people living in Hong Kong who have prospered under the rule of law in a society where there are acknowledged freedoms, and frankly that is being undermined by the way China is behaving.

Do you think the U.S. and Europe can work in partnership for Hong Kong?

I think it has been more difficult to put together an international alliance under the present president in the U.S., who I don’t think cares very much about allies. I think he’s very short-sighted.

I hope the U.S. administration will want to work with allies in the future, because liberal democracy in the world is always going to be much stronger when there is good U.S. leadership.

What do you think the U.K. should do in order to defend the freedom of Hong Kong?

The most helpful thing that Britain can do at the moment is to work with its allies and its friends to make sure that there is a common position on Hong Kong, and on the aggressive behavior of China. It is recommended by seven former British foreign secretaries that we should set up an international contact group of countries that are as concerned as we are about what’s happening in Hong Kong and in China.

At the moment, the Chinese pick off countries, one at a time. They bully and bluster with their new so-called “wolf warrior” diplomacy. We should stand up to them collectively.

[Regarding the offer of British citizenship] I wish this wasn’t necessary, because I am sure many people in Hong Kong would like to go on living their lives quietly there. But if China goes ahead with this wicked proposal, then I hope we will make citizens of as many Hong Kong people as possible among those who have the right to come here, and I hope we will make them welcome.

How do you think Japan should respond to the Hong Kong issue?

I think Japan has acted very sensibly. I think that Japan should act with its G7 colleagues and with its colleagues in the region. Japan has always had a good relationship with Hong Kong.

There’s a good Japanese community in Hong Kong. I suspect that many in Japan now will be thinking that some of those who have been doing business from Hong Kong will choose instead to do business from Tokyo or Singapore. I think that that is inevitable, but bad for Hong Kong.

(Click here to read the related interview article in Japanese.)

Read other articles in the longer format Bookmark series, here.