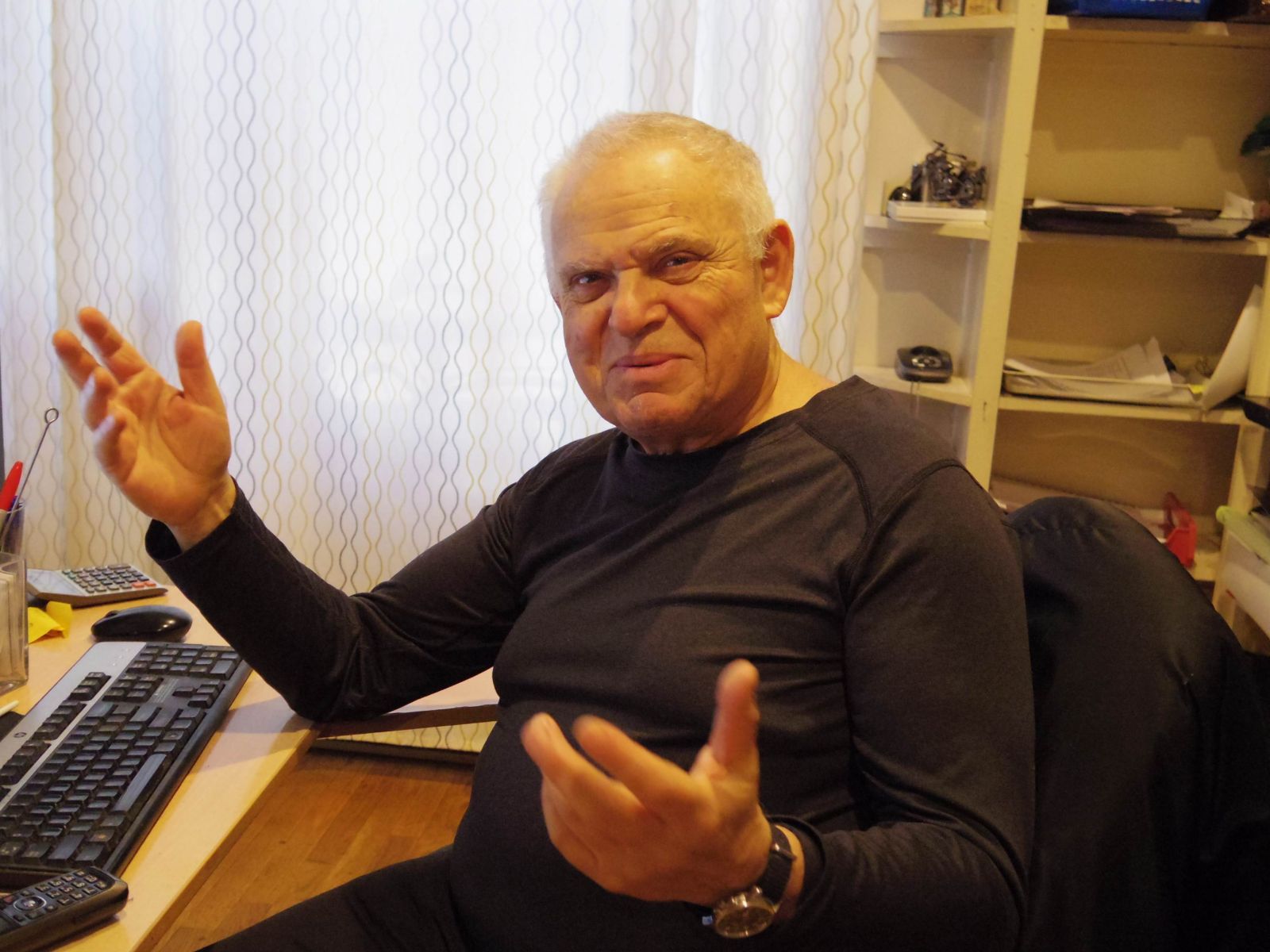 In a wide-ranging interview, Dr. Edward Luttwak, historian and worldwide authority on strategic relations, spoke to Yoshinari Kurose, Washington correspondent for The Sankei Shimbun and JAPAN Forward in late December 2018, about his perception of a new United States-China Cold War.

Luttwak maps out the players and strategies in the U.S.-China Cold War and explains why China will lose. He delves into the roles that Japan, the U.S., and their partners and allies should play.

In this first installment of the four-part interview, Dr. Luttwak gives a surprisingly frank assessment of Japan’s close neighbor, South Korea, and the risks and options for China and the West on the Korean Peninsula. He challenges common notions about the Korean peninsula, including South Korea’s desire for independence.

He also provocatively argues that a divided Korean Peninsula with North Korea in possession of nuclear weapons may be “the best available” option for regional security.

The second installment begins with an analysis of the natural development of alliances and partnerships to counter China’s aggression and limited options. He also predicts that China’s current system will collapse after a long-term battle, unless China returns to a “peaceful rise.”

In the third installment, Luttwak examines China’s claims of sovereignty in the South China Sea and espionage under the Xi Jinping regime to steal advanced technologies.

In the fourth and final installment, he focuses on what Japan could do better — from developing intelligence-gathering skills to developing the ability to provide meaningful support for partners and allies in the Cold War with China.

It seems like China is trying to be both land power and sea power.

Land powers frequently try to go and build ships, but it doesn’t give them maritime power. Maritime power doesn’t consist of ships; it consists of your access and cooperation with the countries around.

Maybe China is trying to make allies and friends through One Belt One Road Initiative?

Not everybody likes to be independent. They are too divided themselves.  They are more comfortable having somebody else. So, the South Koreans are willing to go under the Chinese rule.

The only reason they don’t do it is because of North Korea. North Korea is the protector of Korean independence, not South Korea.

Right. That might not be not good news for the United States and Japan. The common perception is that, in order to deal with the North Korean nuclear issue, we need some kind of trilateral cooperation including South Korea.

Listen, South Korea faces immediate military dangers from North Korea. For example, their rockets — there are cheap rockets aimed at the Seoul area. Today, there are anti-rocket systems that are not expensive and work very well. South Korea doesn’t buy them. Today, you can buy anti-rocket interceptors.

Like Iron Dome. You can go and buy it, okay? You can go to Lawson’s and you buy it.

Why don’t they buy it? Because they are not really interested in self-defense.

So, in other words, their actions are not the actions of people who either want to defend themselves or to be independent. They don’t.

But South Korea does nothing.

I see. Doesn’t that mean North Korea would not give up its nuclear arsenal — or would there be another way?

Then the North Koreans give up weapons, they get a lot of economic aid, something like this is possible. Maybe yes, maybe no, we don’t know.

[President Donald] Trump certainly tried. The North Koreans exploded four nuclear weapons one after the other — Obama did nothing. When they did it with Trump, he reacted immediately.

And he is trying to persuade the North Koreans to open themselves to economic aid. Then they can give up nuclear weapons because their independence can be assured by American power in South Korea.

But, you know, it is a difficult thing and the regime of Mr. Kim Jong Un — it is very hard for him to maneuver himself through all these steps and remain in power. So, probably nothing will happen.

But from the point of view of the anti-China coalition, the important part is that South Korea cannot be a part of this. Cannot.

If South Korea enters membership, it is like having Cambodia in ASEAN: paralyzing the entire alliance. The fact that Cambodia is a part of ASEAN doesn’t make ASEAN bigger, it makes it much smaller.

And the South Koreans cannot be part of the coalition. They are simply not interested in resisting China. They don’t want to contain China; they want to be part of the Chinese rule.

Well, isn’t it their choice?

It’s their choice. Otherwise, they wouldn’t be anti-Japanese. Their security depends on Japan.

They wouldn’t be anti-Japanese, but they are anti-Japanese because, in reality, they are protected by America today, China tomorrow. At no point do they need an ally like Japan.

Only an independent Korea might need an ally in Japan. Not the South Koreans today.

Would you anticipate any unification of the Korean Peninsula?

Oh, well, sorry, mister, you couldn’t have that.

You can have a united Korea with nuclear weapons. And the answer is you don’t want that.

You can have a united Korea without nuclear weapons, only if both sides insist on having American protection. Not if it means no American forces.

So, of the four possible Koreas, the present one might be the best available: divided and with the North having nuclear weapons to ensure its independence from China. Because Pyongyang wants to be independent, Seoul does not. That’s a big difference.

As I say, Korea can never be part of the coalition. The coalition is a coalition in which the Indians, the Vietnamese, the Japanese, the Australians, and the Americans are the active parties with whoever wants to join along.

It is possible the British will station an aircraft carrier [in the Indo-Pacific region]. They are building a big aircraft carrier. The only place you can station it — they can’t use it in the Baltic or the Mediterranean or the Persian Gulf.